The Sixth Form have returned to school refreshed after their half term break, even though many were involved in trips to Barcelona and Slapton Ley. Do read about their exploits and those of several other Sixth Form students below.

We are resuming our collection for Foodshare and would welcome contributions, especially of tinned meat and fish and jars of cooking sauces.

Mrs Rogers is excited to introduce a new initiative to Sixth Form students in the form of a "quiet reflection time" club which will be on Monday lunchtimes. This will be in HB1 on Mondays from 1.35pm. Students do not need to attend every week - just at the times when they feel they need some time to reflect, regroup and have time out from their busy lives.

Mr Giles has this week started to send Year 13 applications to UCAS and offers from universities are already coming in for those eager students. This should be now a priority for all students to ensure they complete their applications as soon as possible.

“There is a crack, a crack in everything. That’s how the light gets in”. Leonard Cohen 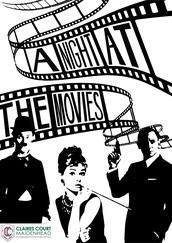 This year’s show is filled with song, dance, performance and music, from some of the world’s most famous and favourite cinema soundtracks. The programme includes The Great Escape, Pirates of the Caribbean, What a Wonderful World, Ghostbusters, Moon River and Stand By Me. Get your tickets now from the Norden Farm online box office.

To all our Sixth Form performers, we say "break a leg!"

The Christmas Party is just over 4 weeks away now, on Wednesday 14 December at Magnolia Park, Hugenden Valley. We urgently need your subs which go towards this and the Summer Prom.

Please send in a cheque asap for £45 to the Sixth Form office. Cheques should be made payable to Claires Court Sixth Form Social Club. Please do not pay online.

Mrs Rogers will be presenting an informal evening so that parents may learn about the varied choices now available to students after they leave school. She will go through the careers resources we use in school so that parents have an understanding of where students can go to for information. The presentation will be in the Chapel and we expect it to last for no more than one hour. Please can you email Mrs Hall on kyh@clairescourt.net if you would like to attend.

We are back in collection mode for Foodshare who are grateful for our donations, especially of tinned meat and fish and cooking sauces at the moment. Several of our students have shown interest in helping out at the Foodshare foodbank in Maidenhead. If any students are interested in volunteering to help, please see Mrs Rogers so we can organise a rota for volunteers.

SportsAble is a scheme which specialises in disability sport, offering a mix of weekly fun sports and/or training sessions to members. A group of us have chosen to volunteer with swimming every Sunday from 8:00-9:15pm at the Magnet Leisure Centre.

At the beginning of the evening we are paired up randomly with a member. We are there to help them swim and suggest ideas to potentially improve their swimming ability. It's a very sociable and highly rewarding evening for everyone involved.

Claires Court made the long journey to Chesham Grammar school this Wednesday; the first time the two schools had played each other at first team level. Claires Court had a weakened side due to the drama show and a few injuries such as regular starters Toby Yate and Tom May, and new faces James Roach and Mason Scott. It also gave an opportunity to Year 11 newcomer Jamie Vowles, who started in the back-row.

The team started the game well, scoring 3 quick fire tries in the first 15 minutes, from Hamish Smart, Owain Griffiths and Connor Thomas. Poor discipline then allowed Chesham Grammar some time on the ball, which led to a score for the home side.

However, this would be the final score from Chesham as Claires Court then scored another 6 tries, helping them cruise to a 54-5 win. The remaining tries came from Max Reeves, Todd Lindley, Isaac Challis, two from Teo Gaster and another two from Owain Griffiths - his second hat-trick of the season. There were a huge amount of positives to take from this into the big game against Reading Blue Coat on Saturday.

Megan Forster from Year 12, made the quarter finals at the grade 1 British tour at Tipton, West Midlands in late October and then also made the finals at the grade 2 winter national U18 tour in Bolton. After a huge 2.5 hour long semi final, unfortunately, Megan didn't have the energy to win the final as she only had an hour break between the two matches. We are very proud of her achievements. 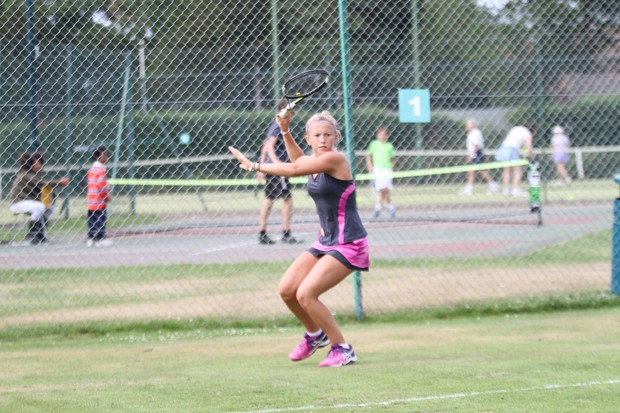 Joe Baker from Year 13 spent some of his half term holidays working with famous pro sports photographer Eddie Keogh at Wasps new ground in Coventry. Looking at these action shots of the recent Aviva premiership match against Newcastle, we are sure you will agree that these are amazing photos. 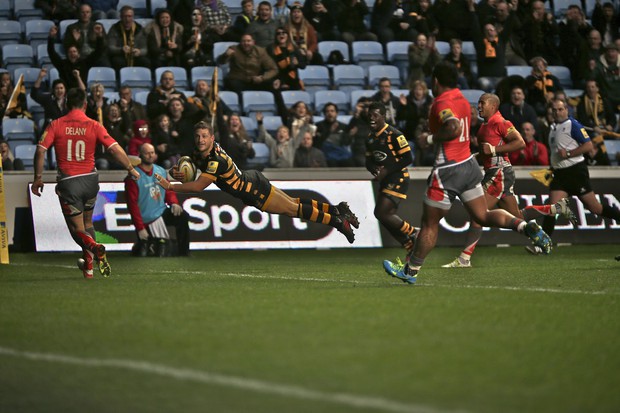 Moyin Forsythe, Sixth Form Hockey captain and Vicky Saunders accompanied the Senior girls on their tour to Barcelona during the half term break. Both girls were there as staff coaches on the trip, however they did find time to play a few matches as you can see from the photos below. 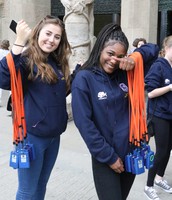 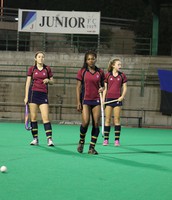 Some of the squad

The trip to Slapton Ley was a residential trip for our Year 12 geographers as part of the new AS course as evidence that they have conducted two full days of fieldwork. The trip was split into two in terms of the disciplines which were studied. Read more >>>

A huge thank you to the Year 12 students who turned out to help at the Senior Boys Open Evening last night. They were Chris Allen, Isaac Challis, Matt Hine, Todd Lindley, Tom May, Todd Muil and Ryder Patten. Ryder was particularly enthusiastic about Senior Boys and Claires Court; a marvellous feat for a student who didn't actually join Claires Court until the Sixth Form! We are very proud of all these students and the commitment they show to our school.
FOR SPORTS FIXTURES AND RESULTS....

Across Claires Court, pupils and staff took part in an Act of Remembrance to commemorate the service of those men and women who died in the two World Wars and in later conflicts. Read more >>>