sheeza is using Smore newsletters to spread the word online.

Get email updates from sheeza:

May not be ROYAL, but it's beautiful.

May not be ROYAL, but it's beautiful.

The Makah Royal Clock tower was proposed in 2002 by Araj Al Bait; he started the construction in 2004 and recently finished it in 2012.The Clock tower is made of steel and concrete. The Makah royal clock tower is shaped the way it is because it's used as residential, hotel and a shopping centre. The clock tower is built into the earth so that it prevents it from falling, it’s not bent or sloping so it won’t fall. There were no problems building the clock tower other than taking 8 years to build and having 1,005 guestrooms and suites as well as 2 golden floors and 76 elevators. 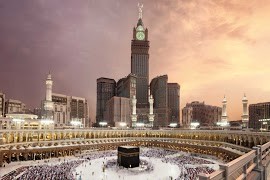 One of the reasons why it was built was for residential and hotel, the place where it was built is near a place where people pray in Saudi Arabia and every year around September millions of people come and pray, they pray for 14 days in arrow and they need a place to stay so they built the Makah royal clock tower as residential, hotel, shopping mall, and clock. They took days to decide where to build it, but finally they decided that near the Qabah was the best place, (qabah is a place in Saudi Arabia).The Abraj Al-Bait Towers, Al Hajlah, Mecca, Saudi Arabia, Go and visit it You'll love it.

One of the suites in the tower.

This is one of the best guestrooms, you get the best qabah veiw.

A room with 3 beautiful beds, everything triple!

sheeza is using Smore newsletters to spread the word online.

Follow sheeza AHMED
Contact sheeza AHMED
Embed code is for website/blog and not email. To embed your newsletter in a Mass Notification System, click HERE to see how or reach out to support@smore.com
close