The White House is the home of the commander in chief basically. And is located in Washington DC. 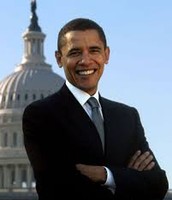 This is Barack Obama he is the president of the United States and is currently serving his two year term. When the next election comes that means his career is over. 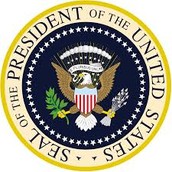 Logo Of The Executive Branch

"Seals of the President of the United States"

WHY IS THE EXECUTIVE BRANCH IMPORTANT?

If there was no such thing as the Executive Branch, then who would enforce the laws? Just think about not having any laws...the world would be chaos! Laws are made not to be controlling but to keep everyone safe. For example if a criminal was to shoot an innocent guy for no good he would go to jail. but if we didnt have laws the criminal would be free and putting everyone in danger.thats why the Executive branch is the most important branch of government because it enforces the laws.