Get email updates from Lamar:

Shackleton was an adventurous and brave explorer. On about his third expedition, he went to Antarctica. But the frigid waters froze over their ship called the Endurance. 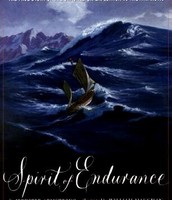 While the water froze over the Endurance, Shackleton and his crew feared that they would all have to abandon ship. Even though Shackleton was worried, he had to prepare for the worst. Every time the ship squeaked or groaned, the crew held their breath.

Danger upon the Endurance

Suddenly, on October 27th, the ship started sinking. Luckily, it happened in slow motion so Shackleton and his men unloaded every thing they could. Clothes, books, suitcases, toothbrushes, and more. They all had to depend on their equipment for survival.

So they packed every thing in three lifeboats. But since there was ice every where, some of the men had to drag the lifeboats across the ice filled with equipment. They had to set up Ocean Camp for the next two months, to rest from all the backbreaking labor.

Soon, from traveling for months, Shackleton had found Elephant Island. Once the crew had walked on solid ground for the first time, the men all laughed surprised that they had finally made it.

Once Shackleton had found land, he wanted to get help. He took some people with him to help him survive while traveling back to home to rescue the wrest of his crew. Soon, he got home and sent help to get the wrest of the crew. Everybody was saved.