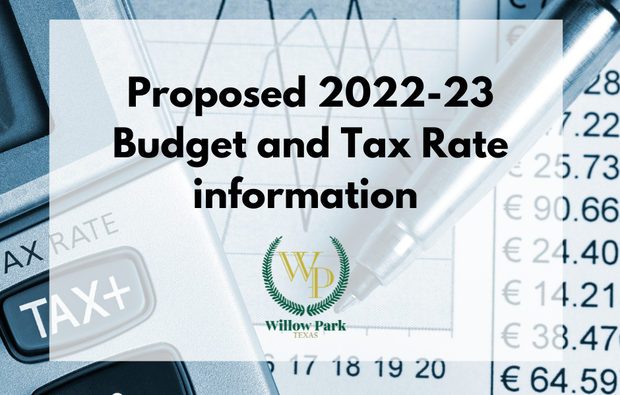 The Willow Park City Council will meet at 7 p.m. Tuesday, Sept. 13, at City Hall for its regular meeting. During the meeting, the city council will vote on both the tax rate and the budget for the 2022-23 fiscal year.

More information about this year's budget and tax rate can be found here. 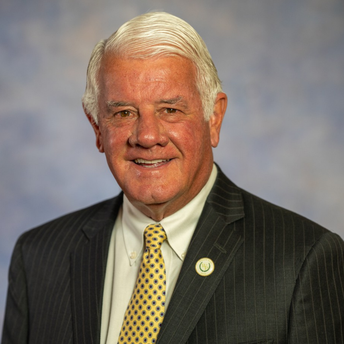 Did you know that only America calls this season Fall?

This time of year used to just be called “harvest.” The term “autumn” came around much later in the 1300’s. Later on, English poets began using the phrase “the fall of leaves,” and the term “Fall” became a common use.

But after the American revolution, England went back to using “Autumn” and the Americans continued to use “Fall.”

So I’d officially like to say, happy fall, y’all.

This time of year brings changing leaves, students back in school, and the familiar sounds of high school football. Willow Park is not only the largest city in Aledo ISD, we are also the home of some Weatherford Kangaroos, and very proud to be the home of Trinity Christian Academy, which will play the opening games in its brand-new football stadium this month.

We congratulate the TCA family on their new athletic complex and look forward to watching games in our city.

This is also a great time of year for fall events, and I’d like to invite you all to join the Willow Park Police Department for National Night Out next month on Oct. 4 at the Public Safety Building. It’s a great opportunity to meet your community police officers and have some time enjoying our community with your neighbors.

I wish you all a wonderful fall and I’ll see you under those Friday night lights! 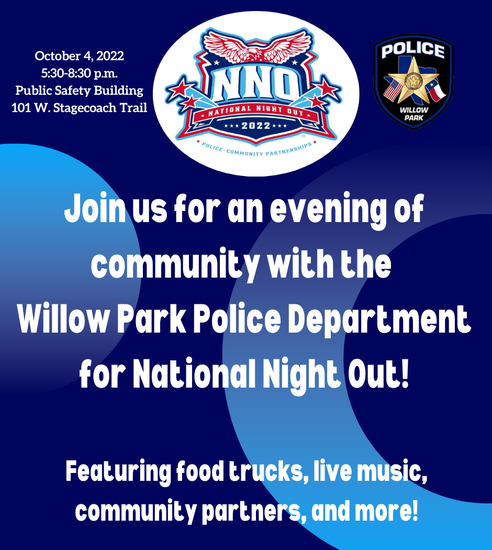 We are thrilled to announce that National Night Out 2022 will be a Block Party this year! Join us for food from Cousin's Maine Lobster, Carve&Cask, and Dosey Dough. Enjoy live music from the Kendi Jean and Jered Harlan Duo!

We will also have special guests Parker Paws, Golden Reward Sanctuary, and Onyx of GRS.

The party with Willow Park Police Department runs from 5:30-8:30 p.m. Come out and meet your neighbors, your community police officers, and enjoy the evening! 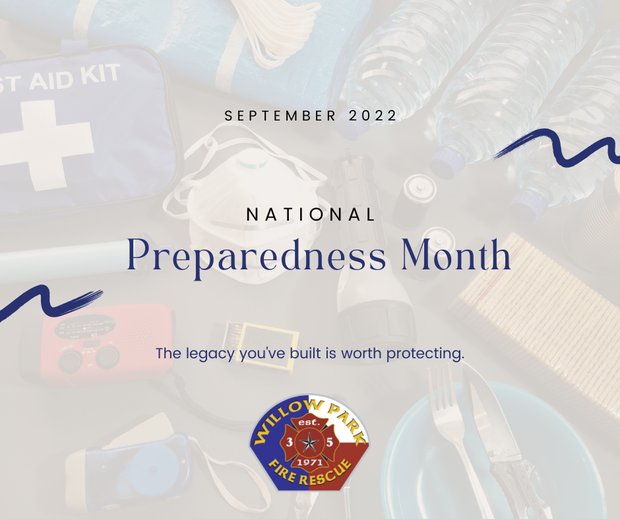 Are you and your family prepared if disaster strikes?

This month, follow the Willow Park Fire-Rescue Facebook page to learn more about preparedness as we partner with FEMA and Ready.gov.

Watch for topics such as:

- Providing for needs of children, pets, and seniors

You do not have to be a Facebook user to view our posts. You can simply click here to view the page.

The legacy you've built is worth protecting. Be prepared and have a plan! 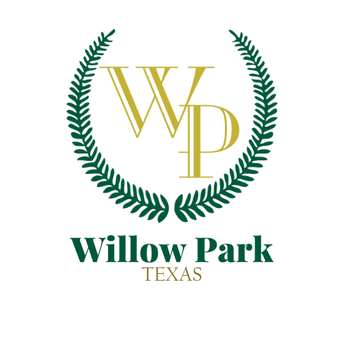 Follow Rose Hoffman
Contact Rose Hoffman
Embed code is for website/blog and not email. To embed your newsletter in a Mass Notification System, click HERE to see how or reach out to support@smore.com
close