What is the place of digital media in our lives?

Students test their knowledge of digital media and talk about the role media plays in their lives.

Digital Life 102: Can you answer these questions?

1. What percentage of kids ages 11 to 18 say they sometimes feel like a

different person online than off? (Kidscape, 2011)

2. Approximately what percentage of teens say they have received “sexts”

-- sexually suggestive or partially naked pictures -- of someone they know

3. What percentage of teens have made creations online (e.g., artwork,

4. What percentage of teens on social networks say they use privacy

A. One out of five

B. Two out of five

C. Three out of five

D. Four out of five

5. What percentage of teens ages 15 to 18 believe their friends share too

6. What percentage of parents and legal guardians of kids ages 6 to 18 say

and smart online? (Cable in the Classroom/Common Sense Media, 2007)

7. What is included in your digital footprint?

A. All of the information about a person that can be found online

B. Software that measures the depth of one’s footsteps

C. The information about you in FBI files

D. A record of your online searches 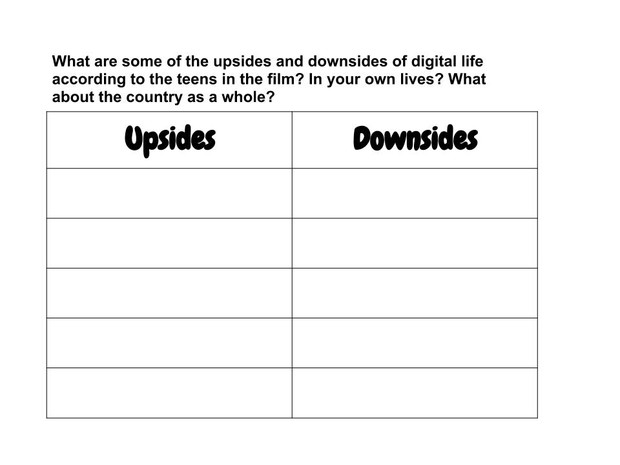 Thank you for participating!

Special thanks to Common Sense Media for the contents of this lesson.

Follow Kim Strauss
Contact Kim Strauss
Embed code is for website/blog and not email. To embed your newsletter in a Mass Notification System, click HERE to see how or reach out to support@smore.com
close