Canada present and in the future

It is important to think what is happening to Canada's population today and in the future. In the year of 2060, Canada will be a mixture of thousands of cultures from all across the world also including native Canadians. In 2060, the Millennial Generation, ranging from the early 1980's to the early 2000's, will be reaching their adult hood, The "baby boomers" would be soon in or reaching their hundreds. 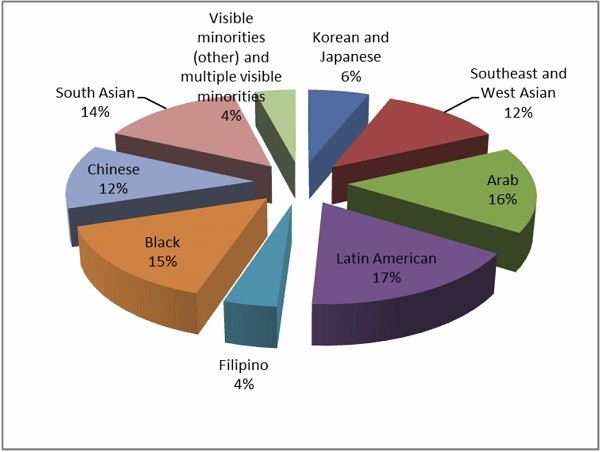 Today, Canada welcoming countries for immigrants. Around 250,000 immigrants on average every year! These immigrants come rom many different countries from around the world. The top 3 immigrants come from the countries of India, China and the Philippines. Canada's newcomers often choose to live in the 3 largest provinces that have been busy cities lately are Ontario, Quebec, or British Colombia mainly for better job opportunities. Which as of 2006 is home to 85% of Canadian immigrants. Canada has been accepting immigration more than most countries internationally, but things are beginning to change. In 2008, 26% of the landed immigrants became citizens, this is extravagant when this rate is being compared to the 79% in 2000.

Canada is also home to people of many different cultural backgrounds. Going from the original inhabitants of Canada- the aboriginals- to Europeans, Asians, Africans, and many more. But the question is how many aboriginals still inhabit Canada? According to the 2011 census, show that 1,400,685 people had an Aboriginal identity, representing 4.3% of the total Canadian population. Therefore Aboriginal people accounted for 3.8% of the population was taken account in the 2006 Census, 3.3% in the 2001 Census and 2.8% in the 1996 Census. Almost half of the First Nations people with registered Indian status live on reserves, this is being a severe problem as reserves are usually not up to code with sanitation. They were not large enough or rich enough to support crops to grow. In fact, tuberculosis rates are significantly higher among those living in reserves than those who aren't.

Altogether as a country, Canada has a small population of 35 million and is the 37th largest. 66% of that population is not in the work force (ages 15-64). The average age that a woman usually gives birth in Canada is at 30. With a good infant mortality rate Canada has of 4.8 (out of 1000). Canada's average family size is a good 3. Altogether, for every 100 females, there are 99 males living in Canada. 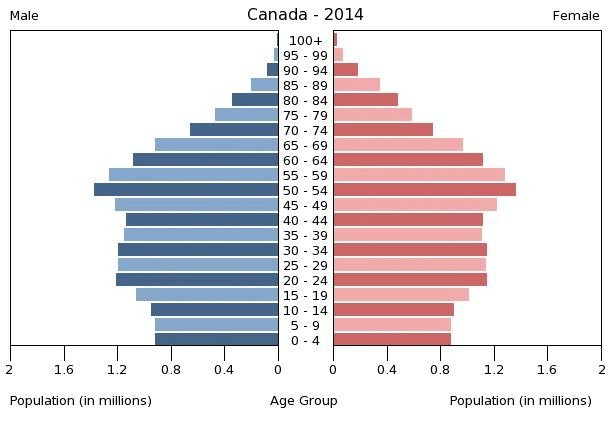 In the year 2060, Canada's death rate will increase due to the high population of elders (baby boomers). This increasing death rate would decrease the natural increase rate or even make it drop to negative. This will happen partly due to a decreasing birth rate along with the dying baby boomers. But, just like today in Canada, the population will still rely on immigrants for growth.

In 2060, the dependency load will likely be more than there is for work force due to an aging population. This is because of the aging baby boomers and a shrinking birth rate. With the thought of birth, Canada's infant mortality will hopefully decrease in the years to come but maybe not as much. It will likely improve do to advancements in sanitation and medicine. (health care)

In 2060, Canada's main source of population growth will still be from immigration. Although Canada's immigration rate will decrease due to the dropping Canadian dollar, the net migration rate should increase again and immigration should be back to normal.

Canada's immigrants in 2060 will most likely move to the rapidly growing western provinces such as Alberta and Saskatchewan as more and more jobs will be available there as oppose to the three already large provinces - Ontario, Quebec, and British Columbia.

The country the immigrants come from will not change much, if it isn't India, China, or the Philippines, it will likely be other developing countries and usually from Asia or Africa. European immigrants to Canada may also increase due to the increasing population density, and the constantly aging population in those nations.

Pull factors for foreigners to immigrate to Canada in 2060 could be very similar to what it is now: education, jobs, health care, freedom. In 2060, Canada is most likely to improve on what it already has, staying up to date with as much as possible, hopefully keeping Canada in the G7, which could also be a massive pull factor.

Population Of canada in 2060

As stated in the introduction, today, the health situation in most First Nations living on reserves are severe. But in 2060 medical equipment and sanitation will become more accessible and affordable, hopefully keeping Canada's natives healthy.

First Nations living off reserves allows them a better education and healthcare than that offered at the settlements, giving them a more of a fair chance at living in Canada. 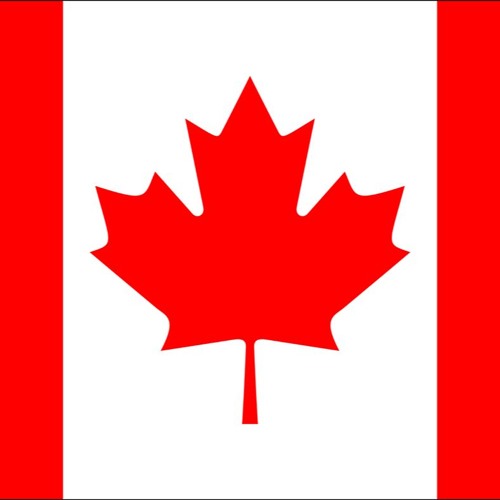 At the end of the day, Canada will still be a great country. In the year 2060, Canada's population is likely to multiply. Reaching numbers up to 60 million. Except one thing, the growth in population is likely to decrease, because the birth rate of Canadians would not be able to compete with the rising death rate from the baby boomers. The population growth is going to be mainly of immigration, in which Canada is likely to accept more people (because of the high death rates). The provinces in which we will see immigrants settling in will be likely to change too. These immigrants are likely going to settle in the growing provinces of Alberta and Saskatchewan as job availability will likely be better. As a result of the aging population, the dependency load will also be high, and the workforce will be relatively lower. By 2060, improvements in sanitation and healthcare are likely to improve the standards of life in Native reserves and settlements in which currently are suffering sickness, disease and much more.