Davis is using Smore newsletters to spread the word online.

Get email updates from Davis: 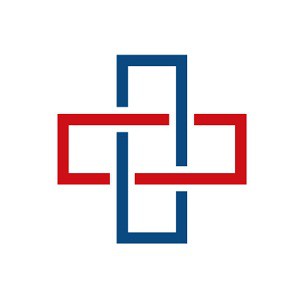 Jess Davis is a medical malpractice trial lawyer representing catastrophically injured clients in Georgia and throughout the United States. He has received virtually every award and honor available to Georgia trial attorneys, has lead numerous legal and community organizations, is regularly called upon by the media for comment on complex or high profile legal matters, and the firm he helps lead has recovered more than $75,000,000 for its clients, including eight-figure verdicts and settlements.

Jess has litigated most every type of medical negligence cases, including failure to diagnose bacterial infections such as meningitis and necrotizing fasciitis; failure to timely diagnose various types of cancer; surgical and anesthesiology errors resulting in severe neurological damage; IV infiltration and extravasation; birth injuries; failure to diagnose fatal, post-surgery conditions such as sepsis and peritonitis; medication errors; chiropractic malpractice resulting in stroke and other debilitating injuries; and negligent nursing home/assisted living care, including bedsores, resulting in serious injury or death.

Prior to founding Davis Adams, LLC, Jess was a member of the Litigation & Trial Practice Group at Alston & Bird, an Am Law 100 firm, where he focused primarily on antitrust litigation. He has published articles on the subject of predatory bidding, and was a contributor to the preeminent antitrust law treatise, Antitrust Advisor, as well as the American Bar Association’s seven-volume In-House Counsel’s Essential Toolkit.

Jess maintains a highly active pro bono practice. He is part of the team of lawyers that sued U.S. Attorney General Jeff Sessions in a California federal court for the illegal detention of Vietnamese refugees, an ambitious habeas class action that garnered national and international media coverage. He also represents detainees at ICE’s Stewart Detention Center in Lumpkin, Ga. in conduction with the Southern Poverty Law Center’s Southeast Immigrant Freedom Initiative. Jess also provides free legal service to animal welfare organizations through the Animal Rescue Legal Society, which he founded in 2005 after participating in the emergency evacuation of animals from New Orleans following Hurricane Katrina. Outside of his legal work, Jess has served on the Board of Directors for The Community School and Druid Hills Youth Sports.

Before attending law school Jess spent nearly a decade as a political aide and operative in Washington, D.C. and in Georgia, including stints with the United States Senate, the United States House of Representatives, and numerous political campaigns at every level, including presidential, congressional, state and mayoral races. He remains active in national, state and local politics, routinely chairing campaign committees for judges and progressive legislative candidates, and volunteering with a number of social justice organizations.

Davis is using Smore newsletters to spread the word online.