The Barcelona Football Team Case Study inspired on the book of Andres Oppenheimer. 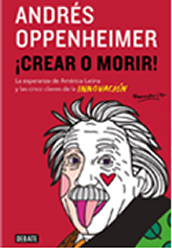 TIPs for you organization about innovation

This case study about Barcelona football team, has been developed by ESEUNE gemMBA 2014-2015 team (Tianjin- China ), inspired by the book "To innovative or to die" written by Andres Oppenheimer, an outstanding writer who has made several research studies about the 5 key elements towards innovation.

Joseph Guardiola, the Spanish football trainer, did implement a very successful strategy to make Barcelona football team become a winner. His main strategy was to focus on incremental innovation.

This strategy is hereby described, in order to provide you a few tips for your own organization to improve its results. for doing so the case has been divided into 2 main sections and interactive activities.

Today we are going to introduce the main differences between total football and specialist football.

Total football: It comes from Hungary (f. Socialist), and was adapted by the Dutch and brought to Barcelona by Johan Cruyff's ( Dutch football trainer ). This type of football is offensive in nature and all its players play in all positions in the team.

This video shows you these main differences:

Barca football Team already have the total football philosophy when Joseph Guardiola decided to become the team leader. Now, What was his strategy to make the team become a total winner?

We are introducing here his strategy steps so that it can guide your organization to effectively achieve good results, by focusing on each of these key elements:

How to get your organization out of a crisis:

This is what Joseph Guardiola did to take Barcelona Football team out of the crisis they were going through at the time:

How to create a good team:


How to be innovative: Surprising your opponents, analyzing the competitors and having incremental innovation. The Barca football team is more than just a Football Club.