Alexander Graham Bell was born on the 3rd March 1847 in Edinburgh Scotland.

He was the first man to invent the telephone both bells mother and wife were profoundly deaf and this had a major impact on his life.

Throughout his life he studied voice and sound and worked with deaf people to teach them to communicate.

Originally Bell was hired to work on improving the acrostic telephone along with an assistant Thomas Watson. during this work he came up with the idea of a telephone in 1876 Bell sent his first transmission to his assistant Watson and gained the patent as inventing the telephone. His first words o the telephone were "come here Mr Watson I want to see you."

By 1888 more than 15000 people in the United States owned telephones. Today most people in western countries have phones. 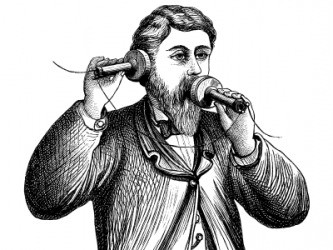