This six weeks will be full of wonder and excellent literature, drama, poetry, and non-fiction! Our main text is A Christmas Carol by Charles Dickens which we will read as a play. We will pair it with short stories, poems, and non-fiction that match the themes found in the story written so long ago and is still so popular today.

You will be responding here on a regular basis about our reading this six weeks.

The Life of Charles Dickens

The Life of Charles Dickens (BBC)

The Origins of A Christmas Carol

The origins of A Christmas Carol

He was the second oldest of 8 children. Two of his siblings died in infancy.

Charles’s dad worked in the Naval Pay Office and did journalism on the side.

His family had serious financial problems and had to move around a lot.

On February 9, 1824 (2 days after his 12th birthday) Charles started work at Warren’s Blackening Factory. A blackening factory is a place that makes black shoe polish. The factory was run-down and filled with rodents. He was paid six shillings a week to put labels on the bottles of shoe polish.

That same month his father was sentenced to the Marshalsea Prison for not paying a debt. His mother and all of his sisters and brothers moved into the prison cell with his father. Charles and his older sister, Fanny, worked and tried to raise money to get the family out of prison.

In May of 1824, a relative died and left the family an inheritance. Charles’s family was able to pay the debt and get out of prison.

Charles was able to return to school, but had to drop out again when he was 15 to help earn money for his family.

He got a job writing reports about the law courts in London.

In 1836, Charles started sending in stories he had written to magazines and newspapers. The stories were published under the name, "Boz."

On April 2, 1836 Charles married Catherine Hogarth. They had 10 children together, but one died as an infant.

In 1844, Charles wrote A Christmas Carol.

On June 8, 1870, at age 58, Charles suffered a stroke and died the next day. He was buried at the Poet’s Corner at Westminster Abbey. 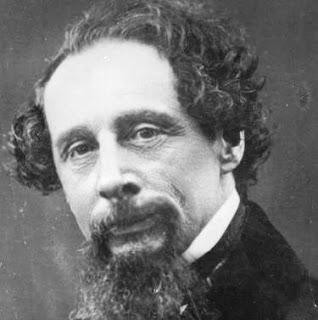 1. Charles Dickens has been dead for over 200 years and is still just a popular today as he was then.

2. He named some of his children after his favorite writers. He would also give his children pet names after characters from his books.

3. Charles Dickens was fascinated by the paranormal and belonged to the famous London Ghost Club.

4. He also practiced hypnotism. He used hypnotism to help his wife’s headaches and he enjoyed using it on the public. However, Charles refused to ever be hypnotized himself.

5. Charles Dickens is thought to have suffered from epilepsy. Several of the characters in his stories also suffered epileptic seizures or "fits."

6. On June 9, 1865, Dickens was traveling on a train that derailed. He helped to rescue the injured and dying passengers.

1. Introductions: He would use a strong introduction sentence that would grab the reader’s attention. "Marley was dead: to begin with. There is no doubt whatever about that." – A Christmas Carol

2. Conclusions: He would use cliff hangers at the end of each chapter to keep the reader hanging on and wanting more. "Scrooge looked about him for the Ghost, and saw it not. As the last stroke ceased to vibrate, he remembered the prediction of old Jacob Marley, and lifting up his eyes, beheld a solemn Phantom, draped and hooded, coming, like a mist along the ground, towards him." – A Christmas Carol

3. Vivid Descriptions: He believed stories came alive through its descriptions. He would describe his characters and scenes using all of the sensory images (touch, sight, smell, hear, feel). "The cold within him froze his old features, nipped his pointed nose, shriveled his cheek, stiffened his gait; made his eyes red, his thin lips blue; and spoke out shrewdly in his grating voice. A frosty rime was on his head, and on his eyebrows, and his wiry chin." – A Christmas Carol

4. Strong Characters: He created characters that were so strong and realistic they have become part of our culture. One such character is Ebenezer Scrooge (from A Christmas Carol) and his famous saying, "Bah, humbug."

5. Dialogue: He used action and dialogue to pull the reader into his story. "A merry Christmas, uncle! God save you!" cried a cheerful voice. It was the voice of Scrooge’s nephew, who came upon him so quickly that this was the first intimation he had of his approach.

6. Theme: He wrote about social injustice and the wrongs he saw in the world. He wanted his writing to have a purpose and sway the public towards his opinion on social issues of the day. "Christmas time, when it has come round -- apart from the veneration due to its sacred name and origin, if anything belonging to it can be apart from that -- as a good time; a kind, forgiving, charitable, pleasant time: the only time I know of, in the long calendar of the year, when men and women seem by one consent to open their shut-up hearts freely, and to think of people below them as if they really were fellow-passengers to the grave, and not another race of creatures bound on other journeys." – A Christmas Carol

7. Life Experience: He wrote about the experiences from his own life. He wanted to transform his own personal suffering growing up into a way of helping others. "… it is more than usually desirable that we should make some slight provision for the Poor and Destitute, who suffer greatly at the present time. Many thousands are in want of common necessaries; hundreds of thousands are in want of common comforts, sir." – A Christmas Carol

Diary of a Victorian Child Worker

Diary of a Victorian Child Worker 1

• Originally, plays were not read as books;

people experienced plays only by seeing them performed

• The word drama comes from a Greek word

that means “to do”

• The word theater comes from a Greek word

that means “place for seeing”

• Tension reaches a climax, which becomes a turning point in the action

• A resolution changes the situation and characters in some way

Drama – major genre of literature; performed on stage
Play – one drama; performed by life actors; classified by the view of life they present and their style:
a. Comedy – Characters and situations are funny; endings are happy
Script – the written form of a play, TV show, film or radio show
Plot – action of the play, grows from conflict
Scene – pieces of the action; usually changes as the setting changes
Act – grouping of scenes according to the plot
Cast of characters – list of all the characters or players at the beginning of the script

How To Read a Drama

1. Read the Cast of Characters – Main and minor characters are listed, usually in order of appearance on stage. You will see a few words that describe age, relationships or traits.
2. Read stage directions – Stage directions appear at the beginning of each scene. The opening stage directions of a script always describe the setting. Each scene also begins with a few words telling the time and place of the action.
3. Read the dialogue and stage directions – Dialogue ad stage directions show how the story develops, revealing who is involved, where they are, and what happens
4. Keep track of plot development – The plot is a series of actions built around a conflict, usually between characters. Eventually, the plot reaches a climax, after which the action turns and the conflict is resolved. After each scene, ask yourself how the characters’ situation s have changed.
5. Look for themes – Think about you response to the play as a whole. How have the characters changed? What does their experience show you about life?

"The Gift of the Magi" by O. Henry

www.bbc.co.uk
The Victorians began our beloved Christmas traditions, the turkey, the Christmas Tree, mulled wine. Learn more about the history of Christmas and Victorians used to celebrate it

www.cnn.com
Even in tough economic times, you may find yourself with a bit of cash to spare. You've been working hard, and you want to treat yourself. Should you spend it on an experience, such as a baseball game or concert, or a material object?

Do Experiences or Material Goods Make Us Happier?

Thank You, Ma'am by Langston Hughes

Tuesdays with Morrie: The Eighth Tuesday We Talk About Money

The Two Brothers by Leo Tolstoy 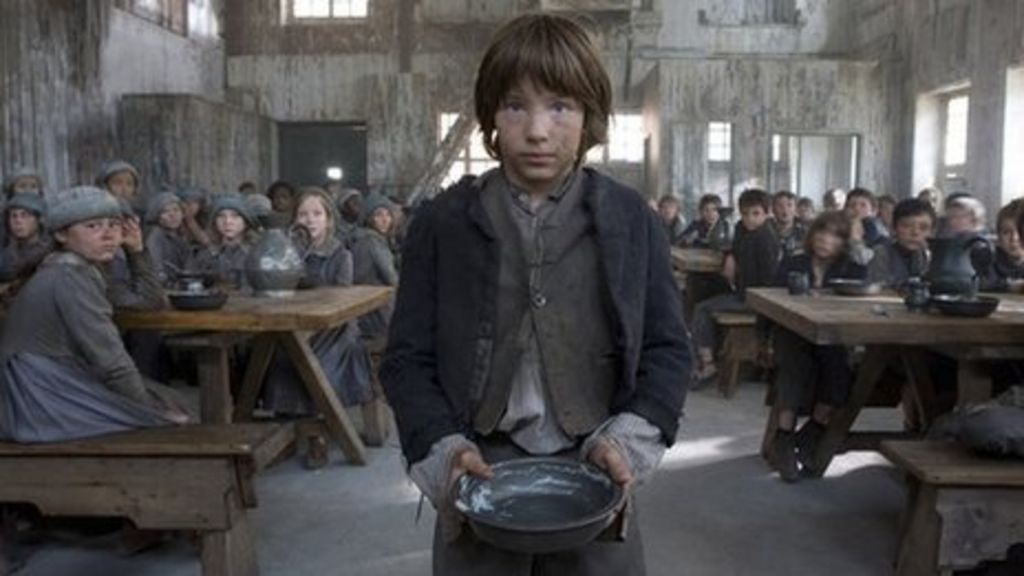 www.bbc.com
With the 200th birthday of Charles Dickens quickly approaching, what is the lasting legacy of his work?

My Heart Leaps Up | Academy of American Poets

www.poets.org
The Academy of American Poets is the largest membership-based nonprofit organization fostering an appreciation for contemporary poetry and supporting American poets. For over three generations, the Academy has connected millions of people to great poetry through programs such as National Poetry Month, the largest literary celebration in the world; Poets.org, the Academyâs popular website; American Poets, a biannual literary journal; and an annual series of poetry readings and special events. Since its founding, the Academy has awarded more money to poets than any other organization.