The Impact of the Sit In

The Impact of the Sit In 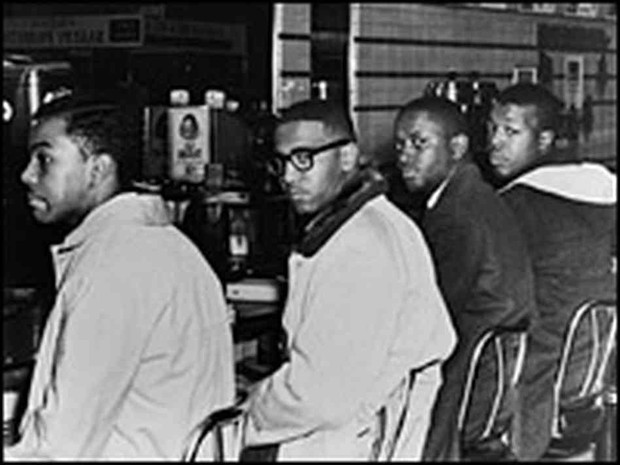 On February 1, 1960, four African American students sat down at the Woolworth's lunch counter and politely requested service. The four men were refused service. After being asked to leave they remained in their seats. Franklin McCain, Joseph McNeil, David Richmond, and Ezell Blair attended North Carolina Agricultural and Technical State University in Greensboro, N.C. The passive sit down demand of these four men began one of the first sustained sit-ins and started a youth led movement to challenge racial injustice and equality in the South.

Hundreds of students, civil rights organizations, churches, and members of the joined in that became a six-month demonstration in Greensboro, NC. They challenged the racial discrimination policy of the Woolworth store by sitting at the lunch counter and organizing a boycott of the store. The defiance of these people raised the awareness of many African Americans on racial injustice and led to the desegregation of the F.W. Woolworth lunch counter on July 25, 1960.

Three well-dressed African American men sat at the Woolworth's lunch counter and were served lunch at 2:00 P.M. on July 25, 1960. No-one was there to witness this historic moment. There was no trouble at all. These three men happened to be Woolworth employees. The daily newspaper headlines read, "Lunch Counters were Integrated Here Today, Three Negros Served at 2 