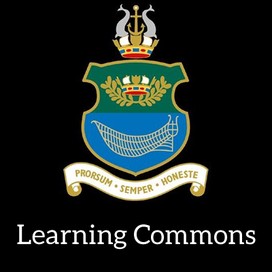 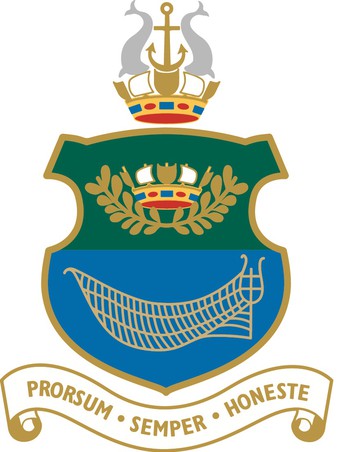 Welcome to the Autumn edition of the PE Newsletter here at DHSB. It's been another very busy term with some exciting changes. The shortening of the school day has enabled the department to run practices after school for the first time. The students have embraced this opportunity and we have seen huge numbers staying on for "period 6" on a regular basis. Football, rugby, hockey, surfing, golf, climbing, basketball and ultimate are some of the clubs which have taken place and have contributed to hundreds of boys participating in sport each week.

In rugby most year groups won all of their local central venue games and year 10 reached round 5 of the Natwest Vase before having to concede to Penryn due to player unavailability.

In addition to team success we have many students representing Plymouth Schoolboys at football, some Devon county rugby players and an England international in badminton.

We are also offering bespoke strength and conditioning training sessions for individuals who are eager to excel at their chosen sport.

I would like to thank Messrs Burt Strang Carpenter Manley Bunney and Anderson for their hard work this year.

The Year 11 team have been involved in National Cup action this term and made brilliant progress, making it through to Round 5 which they've never done before. Victories against Liskeard, Callington and Helston boded well for our Round 5 tie against St Peters but we weren't able to finish them off and lost 5-3.

The team are involved in Devon Cup action in the last week of term and then play Tor Bridge in the Plymouth Cup after Christmas. 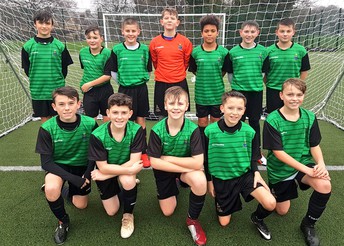 Excellent start to their time at DHSB with over 50 boys representing the school already. They are through to the 6th round of the National Cup after an impressive 5-4 victory against Torquay Academy and recently beat Queen Elizabeth school to progress into the next round of the Devon Cup. 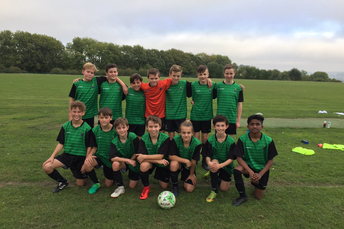 The year 8 football team have enjoyed a successful start to the season winning 4 of the 5 games played. Round 4 of the National Cup was reached before going out on penalties to Richard Lander School Truro.

The team is currently in round 3 of the Devon Cup after a convincing away win to Okehampton College in December.

Training takes place after school every Thursday with up to 50 pupils attending. In the new year we wil continue to train and take part in the various city and county competitions. 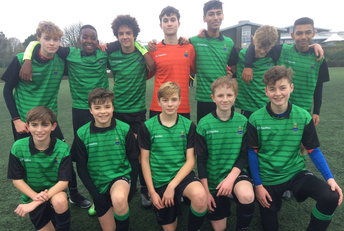 The boys have enjoyed a purple patch in the National Cup, after wins against Plymstock, Eggbuckland, Torquay Boys Grammar and Penryn Academy we are into the 6th round and final 32 in the country with that fixture, a home tie to be announced in the new year.

Unfortunately we haven’t enjoyed similar success in the County Cup, falling short against a strong St Peters team in the first round. Plenty more fixtures are on the horizon with Heles due up in the Plymouth Cup along with central venue football. Extra congratulations to James Morley, Jeff Forkuo, Christian Moss and Luca Tsianavas for their selection to Plymouth Schoolboys. 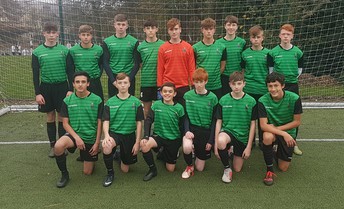 Last year's Devon Cup champions have made another excellent start. They are also through to the 5th round of the National Cup Beating Callington, Penryn and an excellent 7-2 victory against Torquay Boys Grammar School. 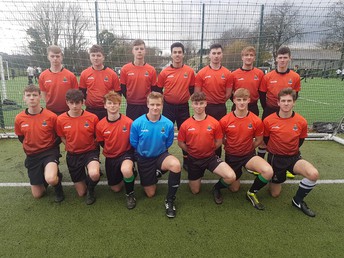 The first team are currently 3rd in the Devon Wednesday League having played 5 league matches, won 3 and lost 2. 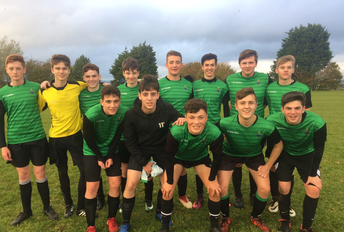 The 2nd XI represent the School each week in the Devon Wednesday League and have won several fixtures to date as well as reaching a cup semi final.

During Challenge Week we took 35 students to London on our now traditional Football Tour. We played a school from Dagenham and Eton College and on the Wednesday evening we travelled to Wembley to watch Tottenham v AC Milan in the Champions League. This was a fabulous week and the boys had a great time. 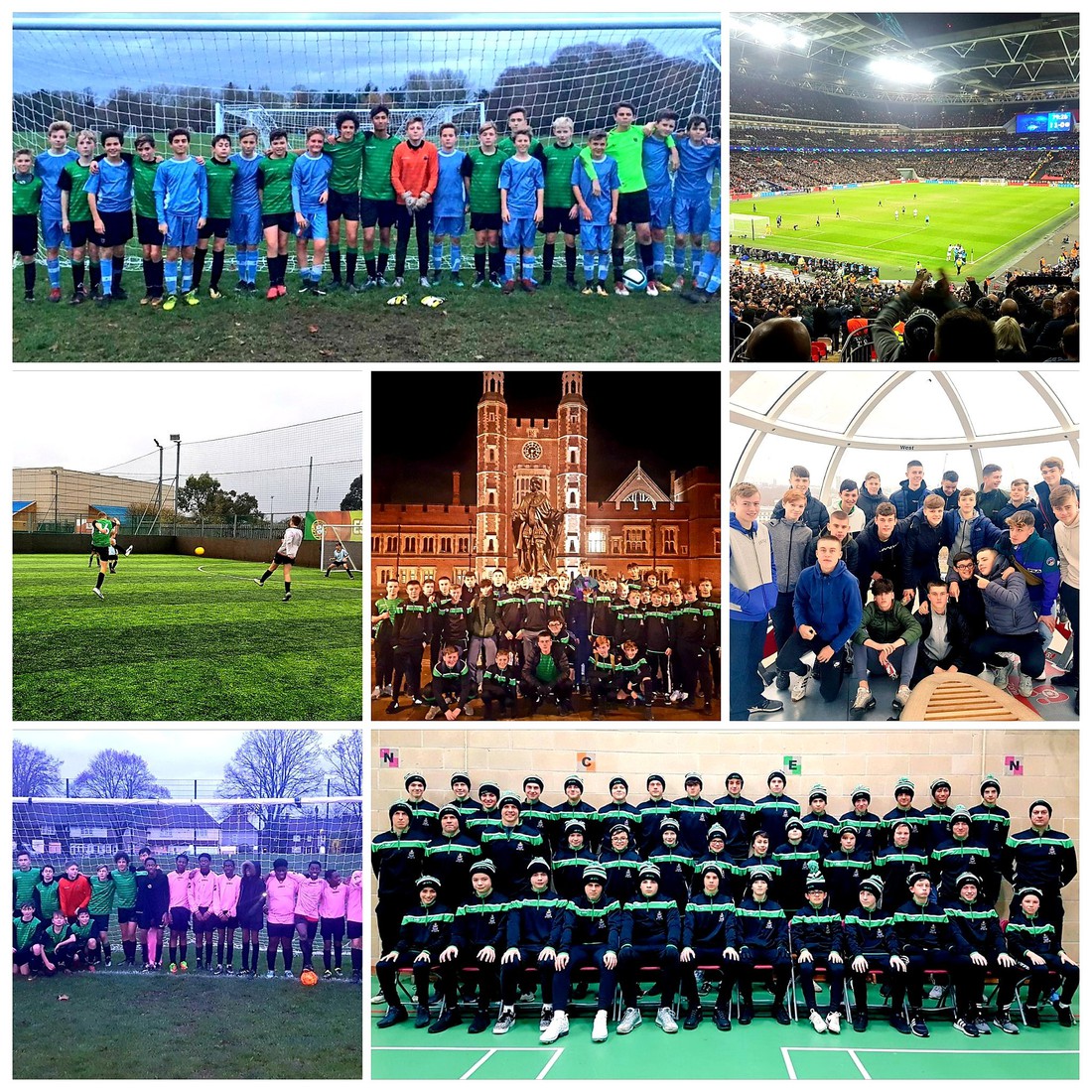 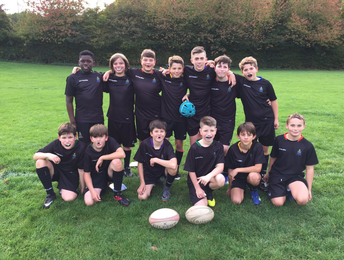 Year 7 Rugby - Training will restart after Christmas when we hope to take advantage of some more light after school. The main season of Central Venue League has now finished and we are hopeful for some friendly matches against other schools in the New Year. 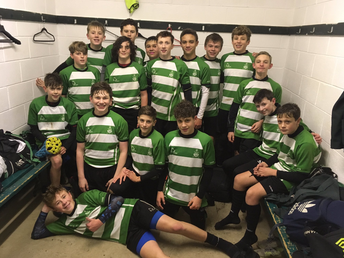 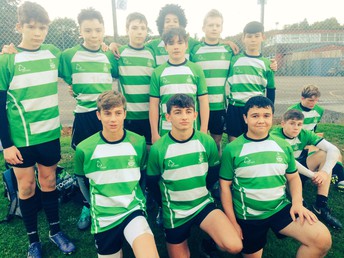 The U15 rugby side played and won three fixtures beating Tavistock, Kingsbridge and Mount Kelly whilst the U16s beat Heles School. There will be more games after Christmas. 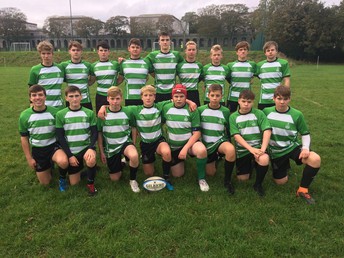 There will be more games after Christmas. 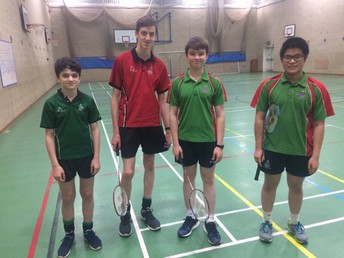 U14 Badminton team finished 2nd in the Plymouth Schools Championships

U16s and U19s both won and have qualified for the Devon Finals. 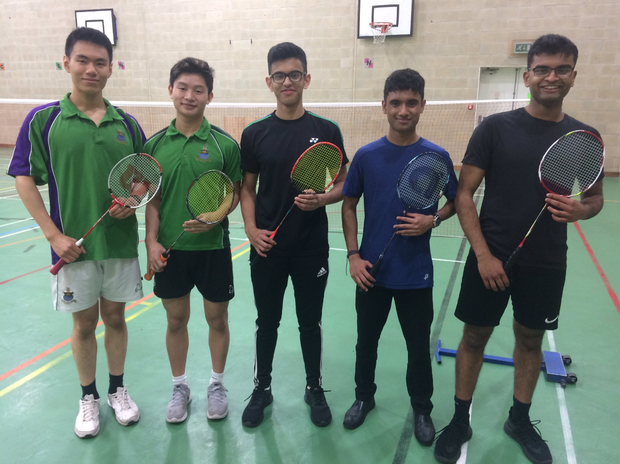 Table tennis club has been a really popular activity this term, Joola table tennis club provides a coach to work with the boys on a Thursday lunch and the club also runs on a Friday. With the popularity of this activity continuing to grow. 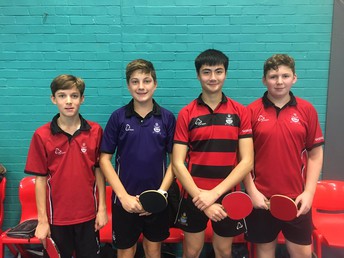 the school enjoyed success in all age categories at the Devon Schools Team Championships, finishing 3rd in the U13, U16 and U19 age groups. 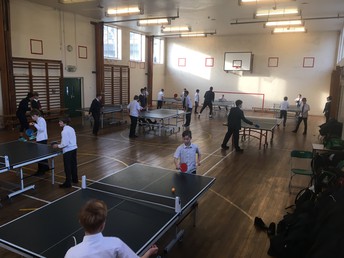 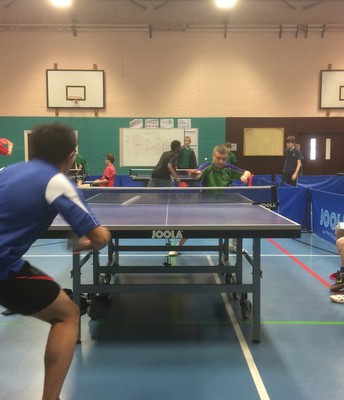 The West Devon Cross Country Championships took place at Staddiscombe Playing fields back in November. DHSB had representatives in all the races, with 21 pupils running in total. DHSB finished 1st in the Junior boys team race and 2nd in the Inter boys race. Particular mention should go to Jamie Williams of year 13 who was 3rd in the Senior Boys race and Harry Cane of 9E who was 6th in the Junior Boys race.

In total 7 pupils were selected to represent the West Devon team in the Devon Schools Championships to be held in January.

Training takes place every Wednesday lunch time and all pupils are welcome to attend. 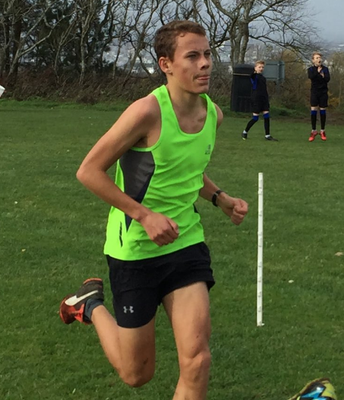 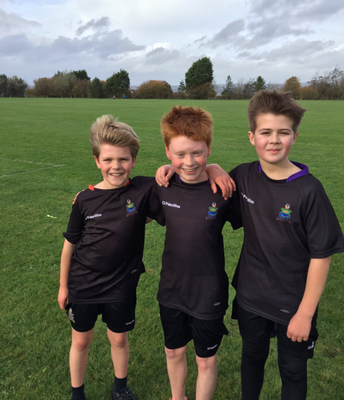 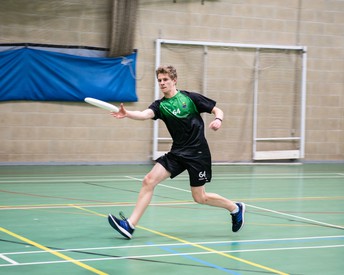 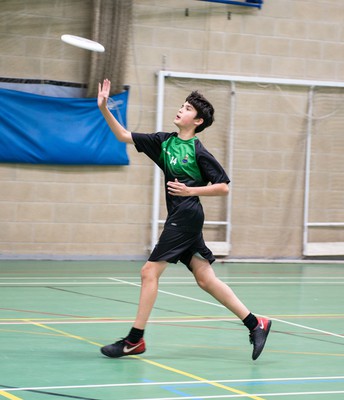 Once again we enjoyed a very successful surf club. Teaming up with the instructors at Surfs up Polzeath the club once again reached capacity with 30 students heading down and taking to the ocean. The club ran for 6 weeks and will do so again when we get warmer seas and lighter evenings! 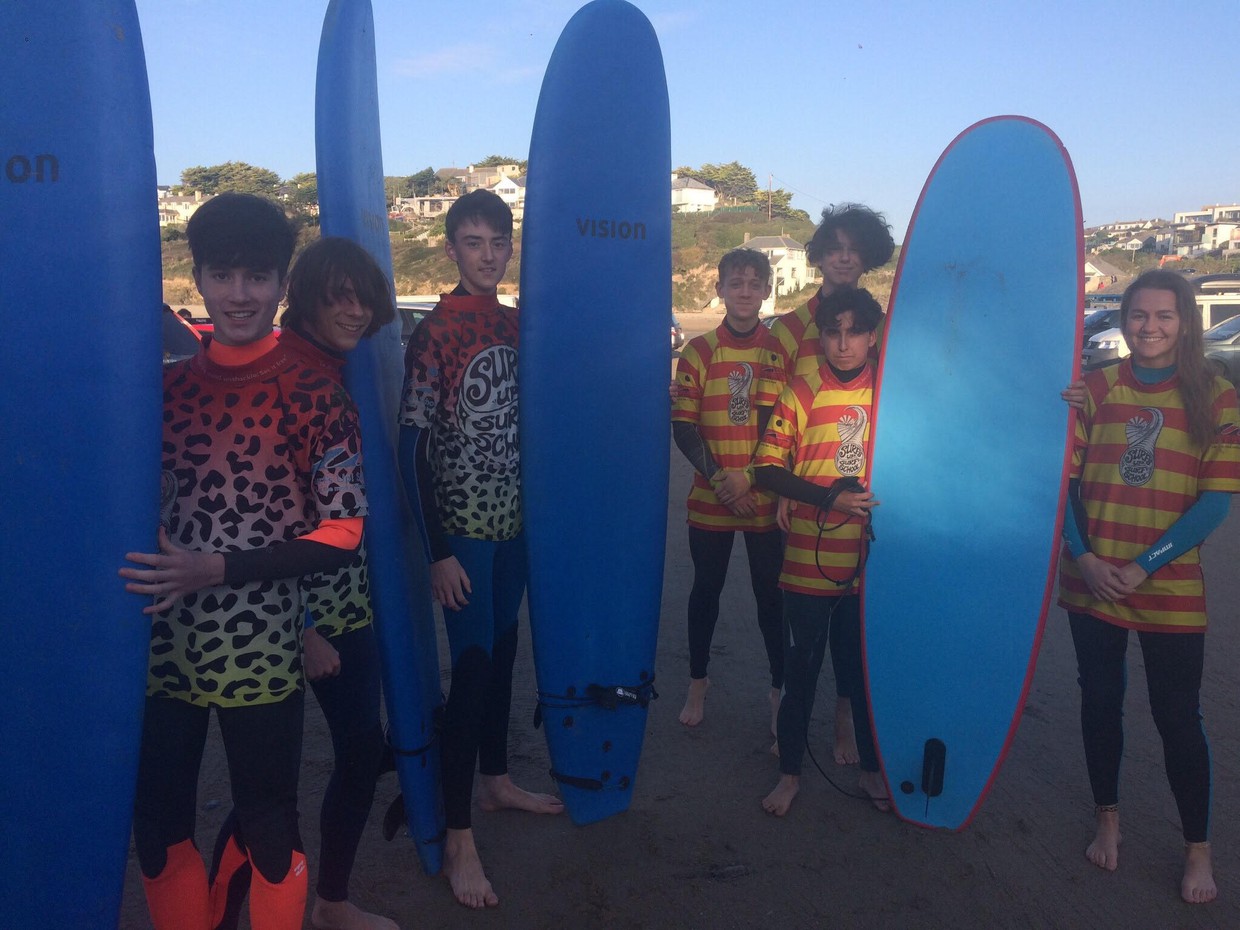 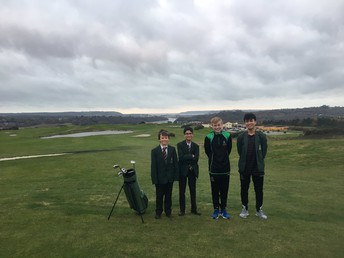 The DHSB golf club continues to grow and the practice really is paying off. Led by the PGA professionals at Boringdon Golf Club, the numbers taking part in this activity are up once again and all the boys taking part are really progressing with their abilities. We will take a break from golf for the next half term with it once again making a return in the spring and summer.