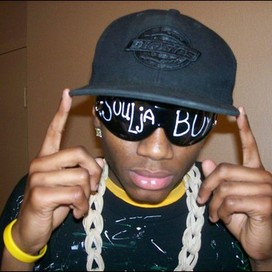 Get email updates from brett: 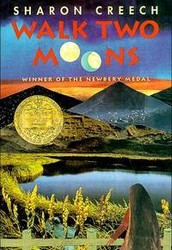 In this novel, A 13 year old girl named Salamanca Hiddle is on a road trip with her spunky grandparents to visit her mother in Lewiston. Her father's work has forced her to move from Bybanks, Kentucky to Euclid, Ohio. While Salamanca is at her new home, She meets a peculiar girl named Pheobe Winterbottom who had been going though similar things with her family. Sal tells the story of her interesting experiences along the way.

The author uses three examples of symbolism to help the main character, Salamanca Hiddle, overcome personal tragedies in her life.

Throughout the story, Salamanca uses tulips as a way to cope with the fact that her mom had left her and her dad. On page 110, Sal's mom said she would be back when the tulips bloomed, which meant next spring. "She wanted me to know that she would think of me every minute every minute and that she would be back before the tulips bloomed". Sal was in denial of her mom leaving forever, but when spring came, her mom never came back. On page 149 Sal's mother has a child that had been strangled by the umbilical cord which caused the family to be very sad. Sal decides to still name the baby and she calls her tulip. "We should name the baby anyway. he said. Do you have any suggestions? The name came to me from the air. Tulip, i said". The family decided to bury the baby in an aspen grove in Bybanks, Where the tulips bloom every spring

When Salamanca lived in Bybanks, She was very happy and up-beat. While she was there she sat underneath her favorite sugar maple tree and listened to the beautiful bird songs coming from above it. She liked to believe it was the actual tree singing the song. On page 100 she explains what it was like underneath that tree. "I stood beneath that tree for the longest time, hoping to catch sight of a bird that was singing such a song". These times reminded her of when she was joyful with her mother. On page 99 Sal walks out of a hospital and is reminded of a familiar sound from the birds. "Outside the hospital, I heard the warbling of a familiar warble that I stopped and listened for a source." Hearing these sounds remind her of how life was in Bybanks, which makes her happy.

Before Sal's mom had left, there were a lot of things that they did together that were memorable for Sal. When she left those things reminded her too much of her mom so she tried to forget about them. On page 22-23 Pheobe's mom offers Sal some blackberry pie which makes sal uncomfortable. "The truth is, I do not have allergies, but I could not admit that blackberries reminded me of my mother." On page 121-122 Sal explains how her mother had kissed a tree and it was a close memory to her. "She took several quick steps up to the trunk of the maple, threw her arms around it, and kissed the tree soundly". Later, Sal had examined the tree and had found a blackberry stain that her mother had left on the tree. She kissed the stain to feel closer to her mother. 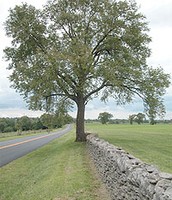 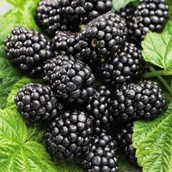 Throughout the whole story, there are many signs of symbolism that help Salamanca cope with the disappearance of her mother. She is in denial with her mother leaving so she uses her memories to keep herself happy. She finally finds closure of her mother's disappearance and accepts all that had happened.