The story setting was set in San Fancisco Chinatown,which just so happens to be the largest Chinese communities outside of Asia. Chinatown came to be when the area was settled by Chinese immigrants who arrived during the Gold Rush of 1849.

This is Chinatown in San Francisco. I picked this picture because I thought it would advertise the culture that chinatown brings to California

The first character that comes into the story would be the mother of &apos;Ni kan&apos;, the mother is basically someone who tries to push you to the best that you can be but ,within the process, she can drive you up the walls. & "Ni kan" is the next person who comes into the story, she&apos;s just like every other teenage girl who ,at first, wanted to do everything for her mother but as she grows up she wants to rebel on everything her mother is pushing her to be. Mr.Chong was "Ni kan&apos;s" piano teacher but when "Ni kan" came over to practice Mr.Chong told her that he was deaf so he wouldn&apos;t be able to hear her practice the piano. Auntie Lindo was the type of woman to just go off and praise something or someone in their life and find some people to brag about it too. Waverly was Auntie Lindo&apos;s daughter she was basically like her mother, it also didn&apos;t really help that she was known as "Chinatown&apos;s Littlest Chinese Chess Champion". Her father was the last person to come into the story, he seemed like just a normal Dad who just wants the best for his daughter, but ,like her mother, he wanted to push her to her best that she could be.

It all starts off when the mother moved to America, she thought that you could be anythig you wanted to be there. After saying that she told her daughter ,at the age of nine, that she could be a prodigy. The fist idea came to her mother when she told her daughter she could be a &apos;Chinese Shirly Temple&apos;,so she took her out to get her hair cut short but it turned into a catastrophe. Her Mother began to give her tests every night after dinner and ,when the days past, the tests got harder.One night I remember looking in the mirror and seeing the prodigy side of me. This made me realize that I must not let my mother change me, so when my mother gave me tests i acted as if i was bored and to when she would give up on me.Two/Three months went by and my mother hadn't drilled me with tests anymore until she was watching the "Ed Sullivan Show". She ushered me over and once I was over there i was a little Chinese girl about 9 years old pounding on the keys of the piano. While i was watching that, my mother was saying that i could learn how to play like that.After three days of watching the "Ed Sullivan Show" my Mother had fetched me ,a neighbor of ours, a man named Mr.Chong who just so happened to be deaf, so i got some good use out of it. My piano lessons lasted from 4 to 6 o'clock every single day. This went on for about a year, so one day after church I heard my mother talking to Auntie Lindo about how her daughter was the "Chinatown&apos;s Littlest Chinese Chess Champion". After Auntie Lindo was done with her bragging I heard my Mother tell her that i was the best piano player out there. A few weeks later my Mother decided to put on a talent show that was supposed to be held at the church hall. To help me practice, my parents saved up for a secondhand piano. When the day came, everyone had showed up from families to friends from my parents. When it was my turn to perform I was so caught up on how excellent I looked I forgot what I sounded like when I was playing. The first key I hit was terrible. After that, everything thing went downhill from there. Once I was done, everyone in the audience was silent, my Mother&apos;s facial expression was emotionless. I got up from my seat and sat back down knowing that my Mother would yell at me when we got home. Surprisingly, when we got home all my Mother did was walk upstairs and close her bedroom door. I thought after two days of me not practicing my Mother would finally give up on me, but no, after the second day she walked out and said &apos;Four o&apos;clock&apos; as if it was a regular day. I had to stop this I told her I wasn&apos;t going to play anymore and that did it. My Mother yanked me by the arm dragged me over to the piano but I fought on. My anger was getting so overwhelming I said something that I know I&apos;ll regret forever. I told her that I wish I was dead like the other babies she had miscarriages on. That did it she backed off, her arms limped, and she had the look of a lifeless person. Years past and I didn&apos;t become the person my mother wanted me to be be. The lessons had stopped she never mentioned the piano recital ever again. So it surprised me when,a few years ago, she offered to give the piano to me. A few moths had passed, I got a tuner to come and tune the piano before I took it to my place. My Mother had died a few moths before I did this. Once I finally got the piano to my house, I found some notes in the bench of the piano. I took them out and I attempted to play notes I had longly remebered. The song I was playing was "Pleading Child", this song was short and slow. While i was playing that I noticed another song on the same page,it was called "Perfectly Contented". This one ,unlike "Pleading Child", this song was longer but faster. As I played both of the same songs, I noticed they were two halves of the same song. 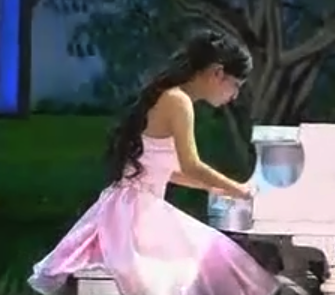 I think that internal conflict was when the little girl looked at herself in the mirror and saw two sides of herself. After she saw that she was at war with herself on if she should be the prodigy her mother always wanted her to be or to just stand her ground and tell her mother she didn't want to change for her benefit. 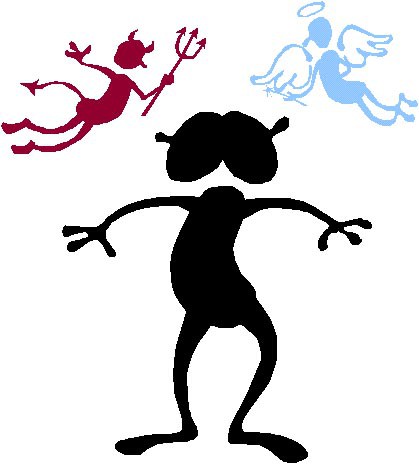 I think the best example of an external conflict was between the Mother and the daughter. I mean the Mother wanted her to become the prodigy that she would be proud of. While the daughter just wanted to stand her ground and tell her Mother to stop trying to make her something she is not. 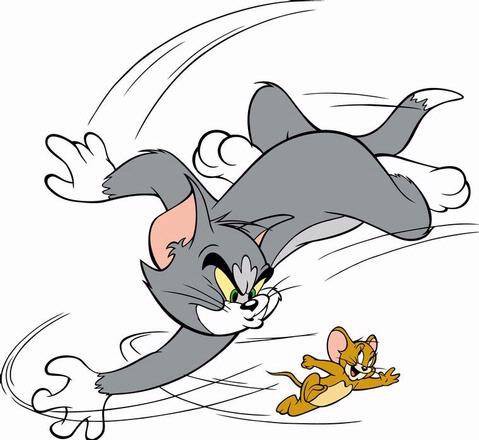 Follow Lisa Barbieri
Contact Lisa Barbieri
Embed code is for website/blog and not email. To embed your newsletter in a Mass Notification System, click HERE to see how or reach out to support@smore.com
close