The Beginning of a Medical Revoultion

The Beginning of a Medical Revoultion

What is a Stem cell?

A stem cell is a type of cell that is not specialized, but instead have the ability to change into any specific cell and preform any function when needed by the body.(This is called topient). These cells are found in embryonic stages of life, and in adults (places like bone marrow). In an adult, stem cells lay dormant in the bone marrow protected. When a part of the body is damaged, a signal is sent to the stem cell to reproduce through mitosis into a specific cell. This phenomenon may be used to repair and replace damaged tissue, such as the heart. 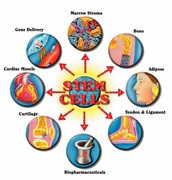 Where do Stem Cells Come From?

Stem cells as said before come from embryonic stages of life (a single stem cell will soon be the cause to the creation of an organism), and non-embryonic. As an example, scientist had discovered that stem cells could be extracted from early mouse embryos in 1981. This was a major mile stone in medical science, for in 1998 scientist discovered stem cells could be extracted from human embryos. Stem cells can be found in adults, in fewer numbers, and more limits. Though this can be changed, scientist discovered ways to manipulate and "reprogram" cells to a stem cell-like state. This allows for much more versatile cell that can be used in our advantage.

Being able to manually change these stem cell, we can use it to the advantage of help curing heart disease, the number one cause of death in the world. Though there are many others which can be treated such as diabetes, spinal cord injury, etc. Heart muscle cells can be produced from stem cells to repair the damaged heart tissue, after a heart attack.

As with many scientific advances, there always comes with some controversy, and stem cell is one of them. The greatest debate is whether it is morally correct or not, especially since it come from an embryo. Many people believe taking them is almost like an abortion because those cells can become a new life, and in turn killing life. However, scientifically research shows that taking them is not killing any wombs because an embryo is not alive. There is an alternative if you still believe that is wrong. Stem cells can come from adult cells, more specifically bone marrow or certain fats. These stem cells are coming from a body that is willing to do it, and is not "killing" any life. 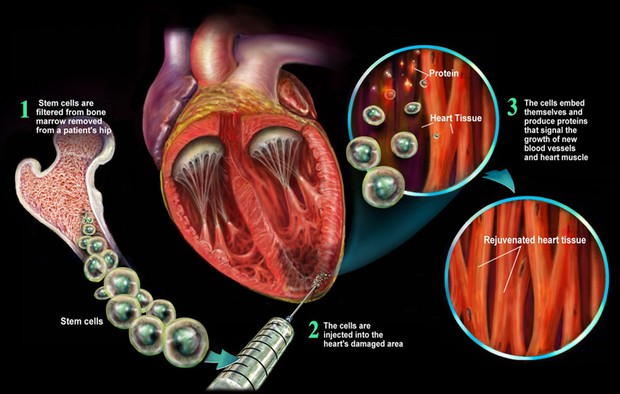