Ron is using Smore newsletters to spread the word online.

Get email updates from Ron: 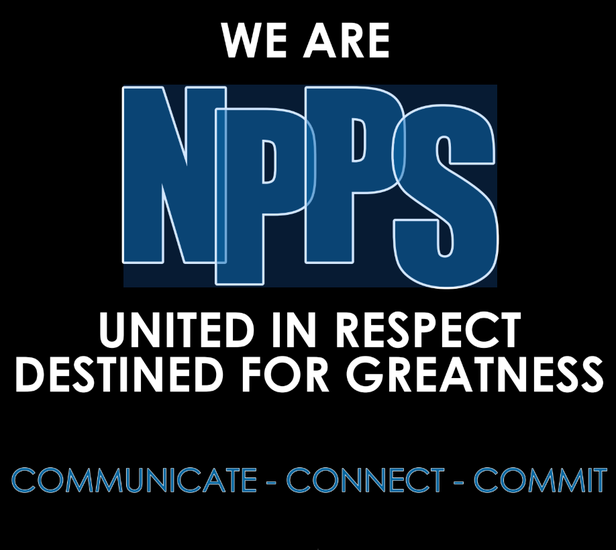 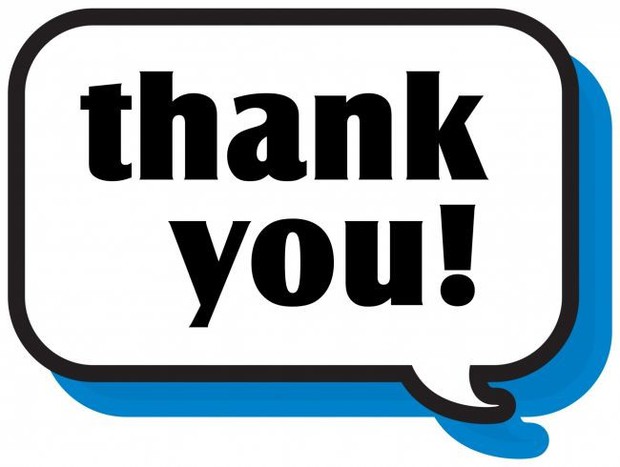 From Good to Great! Listen in to a few words from Dr. Hanson, NPPSD Superintendent.

The North Platte Public School District has worked collectively to become a great school district. The district collaborates to create and improve an effective integrated district-wide system to ensure adults have the capacity to support students and learning in collaboration with family, businesses, and community members.

The North Platte Public school staff understand what it takes for students to succeed and be prepared for the next phase of life and to help create schools that are safe, supportive, and caring.

Thank you to the staff, students, and parents for all the hard work and support in moving NPPS from a 'Good' to 'Great.' 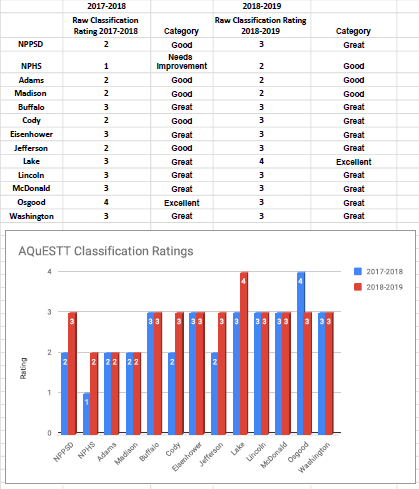 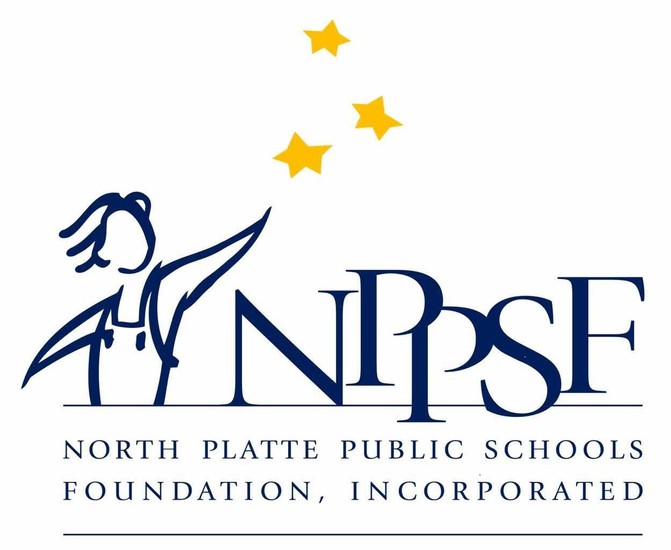 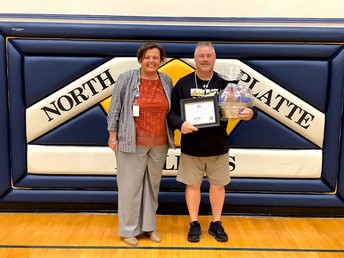 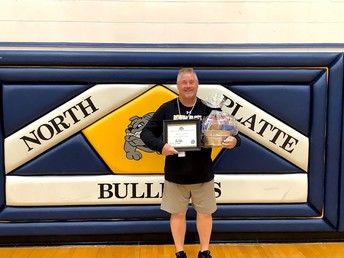 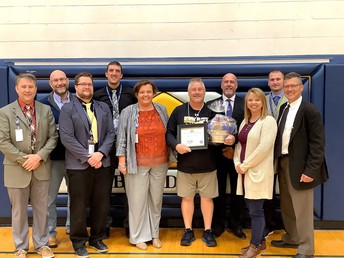 We Are NPPS Team

Mr. Jahnke does all he can to help his students and recently introduced a more inclusive model of teaching that lets the students interact with their peers. In 2018, The Society of Health and Physical Educators of Nebraska awarded Jahnke the recipient of the Nebraska Adapted Physical Education Teacher of the Year. Peggy Romshek, Special Education Director, nominated Jahnke for the award.

“When thinking of the words that describe Mr. Jahnke, I would say that he is positive, hard-working, upbeat, driven and a constant advocate for students with special needs. He is also the students’ biggest cheerleader” said Romshek.

The October business sponsor was Steven Rhoades, Farmers Insurance. Monthly Sponsors give honorees a gift basket. The Foundation provides balloons and a gift card to the Bulldog Store at NPHS, and Prairie Friends and Flowers delivers a bouquet.

The North Platte Public Schools Foundation facilitates the program and takes nominations from principals and administration. Staff members are awarded monthly throughout the school year and will be recognized at Education After Hours in the spring. Business sponsors are being sought for the 2019-2020 school year. For more information, contact the North Platte Public Schools Foundation at 696-3325. 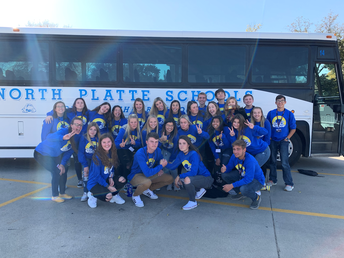 United in Respect Destined for Greatness 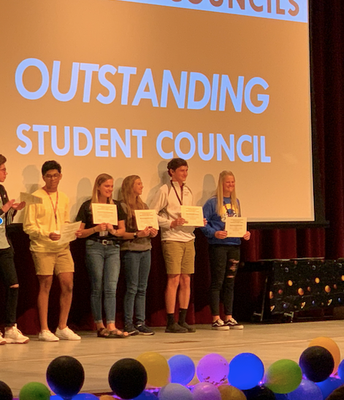 The council were all brimming with excitement because they had been working hard behind the scenes during the last calendar year. They raised mental health awareness by hosting a ‘“Love Yourself Week." A rocking canned food drive, dances, and other fundraisers throughout the year were just a few events they poured their hearts into. However, that is only the beginning. Because of the council’s great success, Maggie Lashley, Finn Lucas, and Savanna States were asked to host two break-out sessions to provide context to other students at the convention.

Last year the council won, for the 5th year in a row, the award for most funding council in the state of Nebraska for our Make-A-Wish partnership. They donated a little more than $4,000. This year, always wanting to be better, they set their goal in hopes of raising at least $5,000. The North Platte High School Student Council reached that goal-- and wrote a check for $10,000 to Make-A-Wish. It was unheard of, out of this world, and the time and dedication the council put in to make this happen was incredible. For the 6th year in a row they received the top funding council award in the state for Make-A-Wish, and they were welcomed with a standing ovation for all of their efforts.

The council itself won the Outstanding Student Council award. Maggie Lashley, President of North Platte High School Student Council, won the all-state council member award, and she was one of four to receive the Ron Joekel Scholarship. Ashley Werkmeister was sworn in for her second year as the district two adviser, Baileigh Pack was sworn in as district two secretary, Baylee Steele was sworn in as the district two vice president, and Haeley Folk was sworn in as the president of district two. As an entire council, this was absolutely overwhelming. However, there was a new piece that was one of the most exciting twists. Hallie Sexson, junior, ran for the NASC State President, and she won. This was an absolutely HUGE honor.

This upcoming year, Hallie is going to be responsible for running meetings, organizing workshops, and so much more. As a council, we are honored and proud of everything that we have accomplished this last year-- especially those two days. This is one of the greatest councils ever, and they worked so hard to make all of this happen. “I couldn’t be more proud of them,” stated Ashley Werkmeister. “The students never cease to amaze me, they pour their hearts and souls into this council, and I can’t wait to see what they pull off next year.” They have their annual food drive coming up the week of November 11-15, 2019.

Congratulations to Ashley and the NPHS Student Council!! 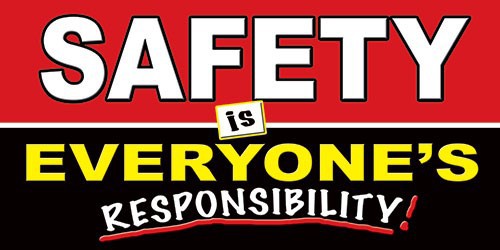 North Platte Public Schools Safety Steering Committee met at McDonald Elementary to discuss the safety and security with the principal. The committee had a few minor agenda items to discuss besides the monthly school update. The district will be completing swipe card access at the remaining schools. This will eliminate staff keys and control building access consistently across the district. Installation of cameras at the remaining schools will be occurring this year to create that awareness within the building so the Safety Steering Committee will have cameras district-wide. Our next meeting will be in November at Eisenhower. -- Stuart Simpson, Executive Director of Finance, Facilities, and Operations. 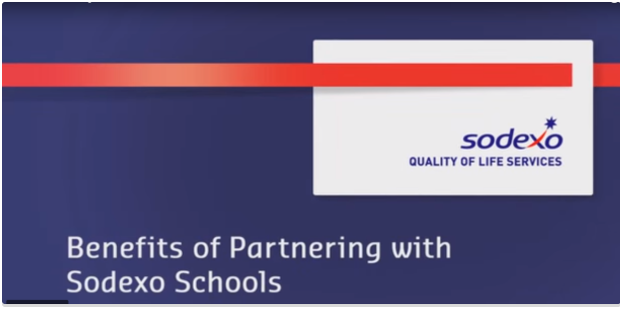 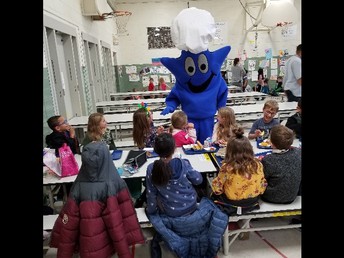 Lite-Off celebrating his birthday and treated the students to a whole grain cookie for dessert. 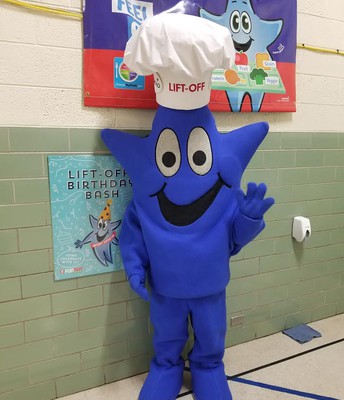 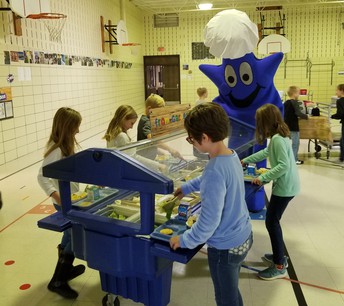 Lift-Off encouraging students to be active and the importance of eating right. "Make sure to enjoy fresh fruits and veggies with every meal."

The NPPS Food Service Department had fun this month with Lift-Off, Sodexo's Nutrition and Wellness Mascot. Lift-Off made visits to each of our Elementary Schools during the month of October encouraging students to be active and the importance of eating right. "Make sure to enjoy fresh fruits and veggies with every meal."

He also is celebrating his birthday and treated the students to a whole grain cookie for dessert, letting the students know that occasionally, it is okay to enjoy a special treat. --- Diane Heine, Food Service Director 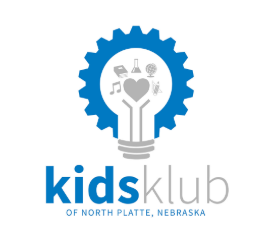 Nationally, we (NPPS) helped celebrate the 20th Annual Lights On After-school with after school programs across the country.

For the third year in a row, we celebrated by “Bowling With The Badges.” We invited all local law enforcement agencies, as well as Mayor Livingston, to bowl, eat pizza and play laser tag with our students during our Lights On After-school Mega Day. It was an amazing day and we had an amazing cake made by one of our high school intern’s mother.

Kids Klub was also graciously awarded the NP Telegraph Reader’s Choice Award for best youth program in North Platte. We would like to thank our community for voting for our program! We are honored to serve the families of North Platte both after school and during the summer.

Director Carrie Lienemann, had the pleasure of hosting a session on “How To Make Front Page News In Your Rural Afterschool Program.”

During this conference, several after school directors, including our own Carrie Lienemann, were honored with the Making A Difference award. Nebraska Directors having more than five years of service in after school were recognized with this distinguished award. Carrie has worked for NPPS for 16 years, serving Kids Klub for the past 11, and has been the Kids Klub Director for six of those 11 years.

What a GREAT October it was for Kids Klub! #DestinedForGreatness 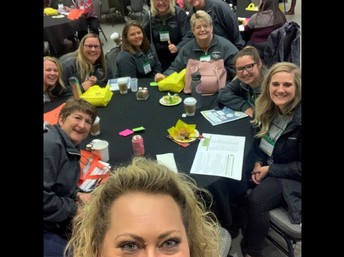 Kids Klub Coordinators participating in the Get Connected After-school Conference in Kearney, NE. 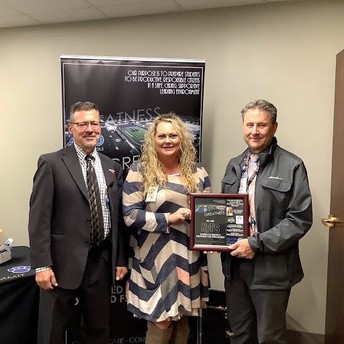 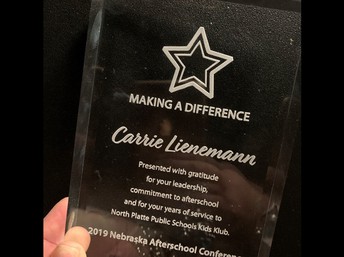 Carrie Lienemann honored with the Making A Difference award. 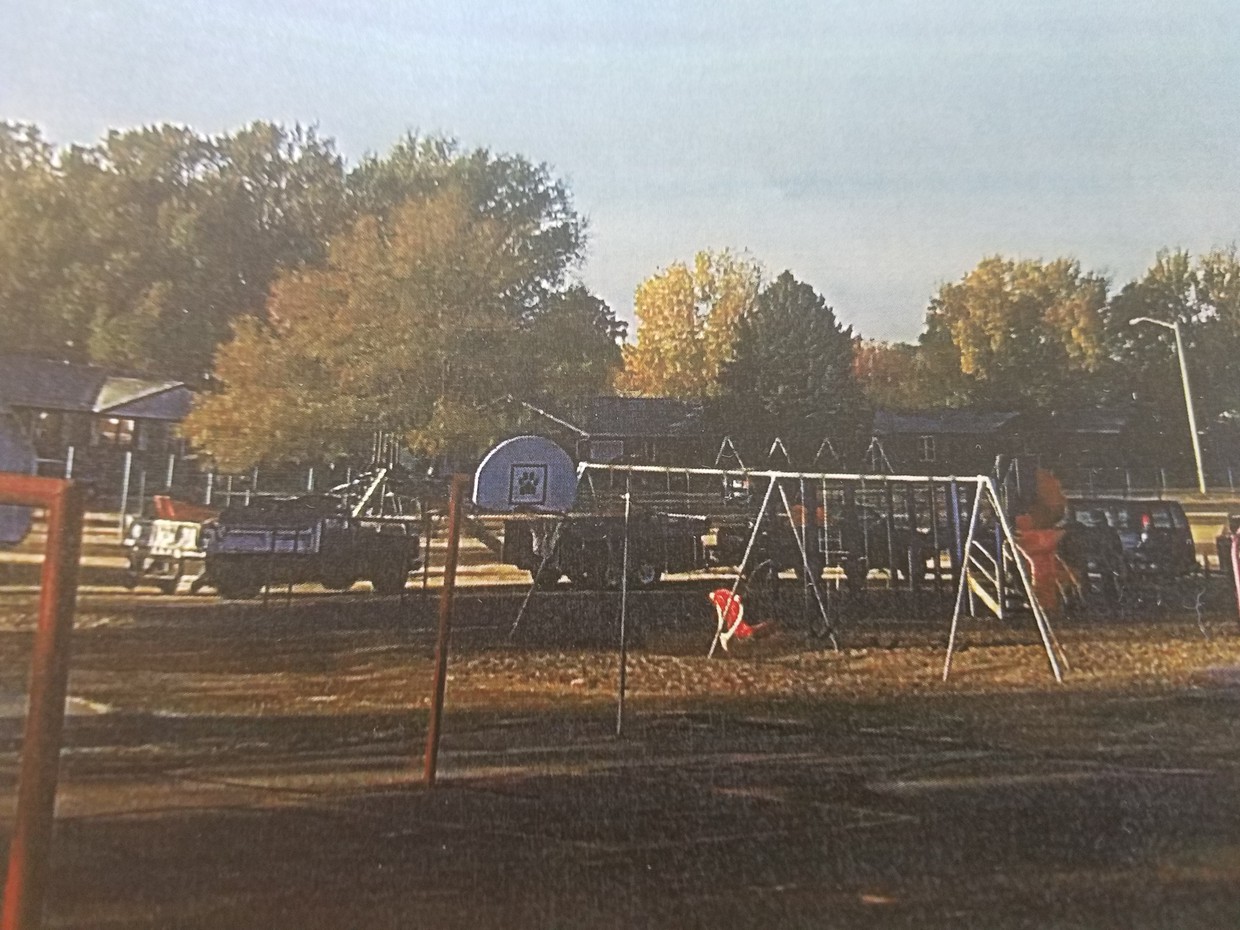 We are NPPS Maintenance Team

Our custodial staff works very hard keeping our facilities clean, safe, and supportive for the multiple activities in our buildings to make sure the students and staff can enjoy work and activities.

They are an awesome crew!!

Thank you for everything you do for NPPS . . . We Are NPPS 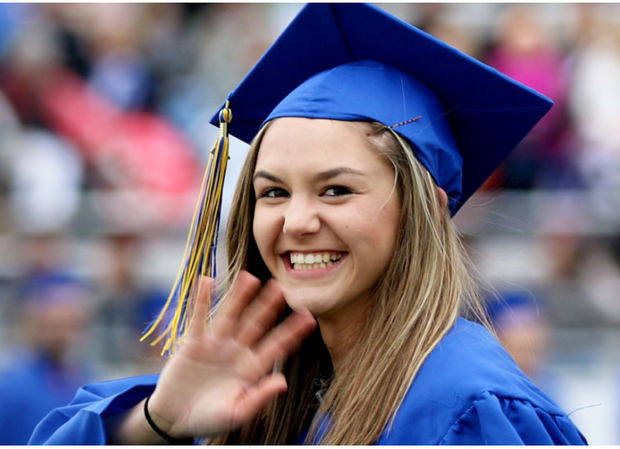 Click on the Link below to view each survey report.

If you fit the criteria below, please take a few minutes of your time to fill out this survey. Feel free to share it with others. 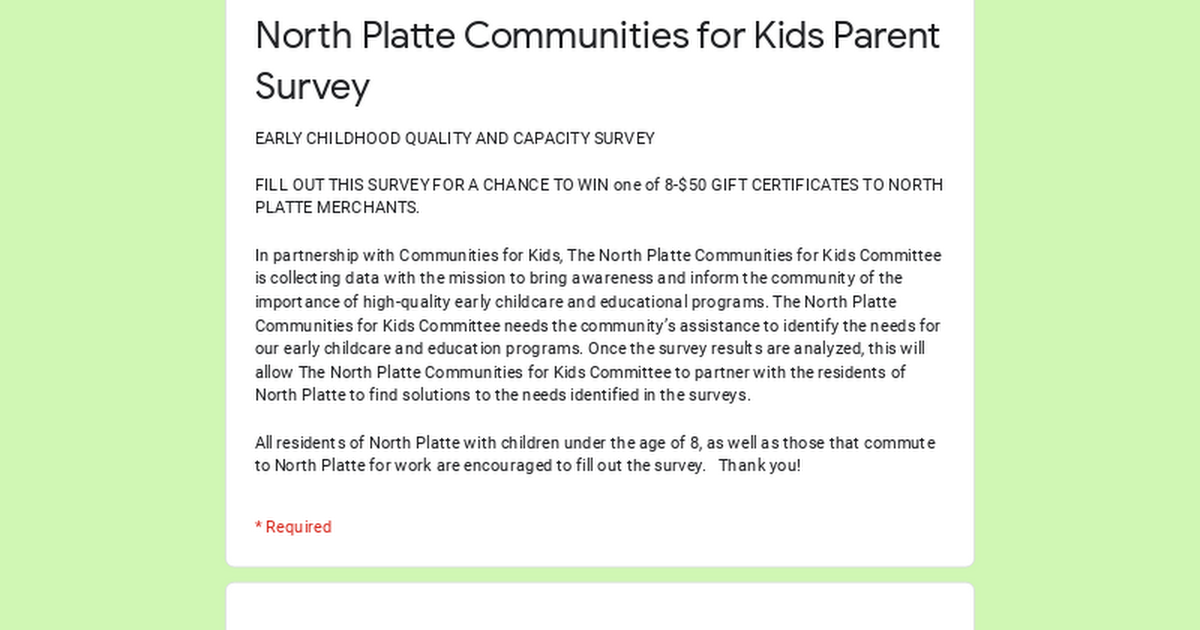 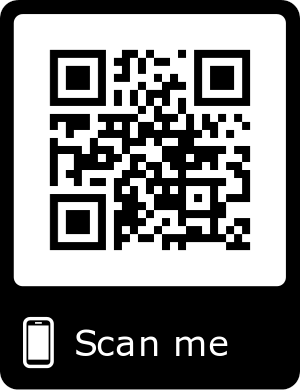 The Technology Dept. has recently completed the installation of new IP Phone system district-wide. After evaluating several options we decided to go with an open-source phone system called Asterisk. (https://www.asterisk.org)

Some of the benefits of going with Asterisk is that it is easier to customize and manage. Because we were able to implement open-source system, we won't have costly annual subscription fees associated with other vendor systems. We also are able to choose from a wide-variety of IP-based phones that are compatible with the system. Prior to this implementation we have had multiple systems. Having one system will make this much more manageable into the foreseeable future. Brian Tegtmeier, Director of Technology. 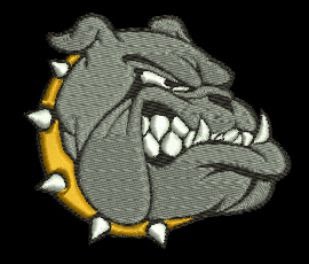 We are happy to share with our North Platte Public Schools community the release of our updated mobile app. The app is designed to get quick access to district and school information, news and events. You can access the new mobile app in both the Apple App Store and Google Play store. Simply search for "NPPSD" in either store. -- Brian Tegtmeier, Director of Technology. 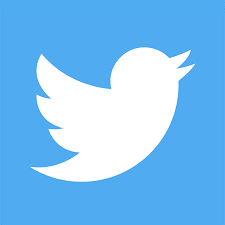 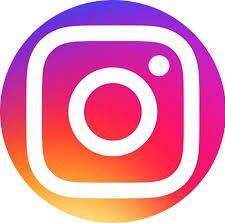 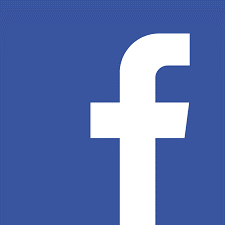 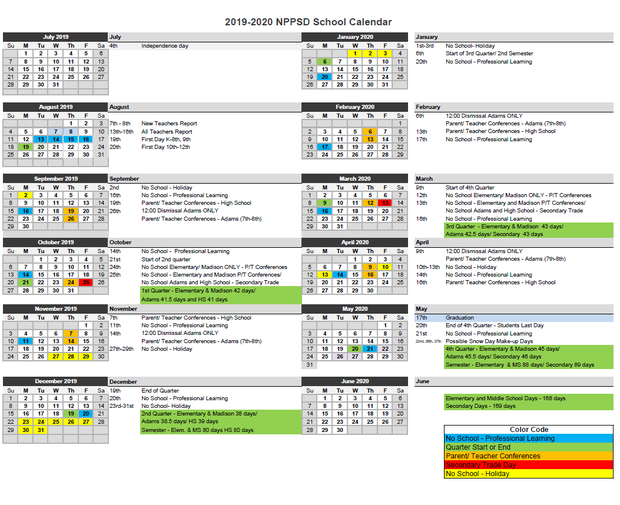 Ron is using Smore newsletters to spread the word online.

Follow Ron Hanson
Contact Ron Hanson
Paste in your blog/website to embed.
Aa Aa Aa
High Contrast Mode
Use the box below to choose the language: