kelby is using Smore newsletters to spread the word online.

Get email updates from kelby:

Who were the progressives?

Progressives lived mainly in the cities, were college educated, and usually had a job within the liberal arts category. 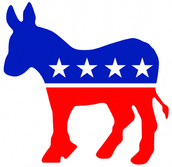 What were their motives?

Generally shared commitment to democratic values and belief that honest government could improve their human conditions.

Large amount of legislation designed to conserve the environment.

The populist party that made sure the government more responsive to the citizens.

In 1920 the 19th amendment was passed and there were two main parts of the suffrage. Carrie Chapman Catt undertook campaigns to enfranchise within states. The National Women's party was lead by Alice Paul and made her movement by picketing the White House fence.

W.E.B. Dubois- Founded the NAACP, based upon liberal arts education for African Americans.

Margaret Sanger- She educated the poor urban people and the positive things about family planning.

Booker T. Washington- He founded the Tuskegee Institute, he focused on teaching African Americans how to be educated like the white people during the time. He once was a former slave.

16th- Gave congress the power of income tax, gave the US government a steady base.

17th-The direct election of senators, instead of a party controlling who wins they let the people vote.

18th-Prohibition, the making and selling of alcohol, helped keep the family together instead of fighting all the time.

kelby is using Smore newsletters to spread the word online.