The boys basketball season has come to an end. They lost in the second round of the play offs, finishing 9th in the state and 1st in Pawtucket. They had a great season, congratulations boys!

Hello everyone! This is Goff Gazette Newspaper Book Recommendation reporter Tarsha here, and back for a new book recommendation for you! This weeks.book is “Carve the Mark” by Veronica Roth.

This book is a young adult novel, and in my opinion will suit those 7th and 8th grade readers. On a planet where violence and vengeance rule, in a galaxy where some are favored by fate, everyone develops a current gift, a unique power meant to shape the future. While most benefit from their current gifts, Akos and Cyra’s gifts make them vulnerable to the other’s control. Who knows if they can reclaim the gift they were supposed to be given.

Cyra is the sister of the brutal tyrant who rules the Shotet people. What is a tyrant you may be asking? Well, I will tell you from my epic knowledge. A tyrant is a cruel or possessive ruler. Which in this case, that’s how you would describe Cyra’s sister. Anyways, Cyra is the sister of the brutal tyrant who rules the Shotet people. Cyra’s current gift gives her pain and power—something her brother exploits, using her to torture his enemies. But Cyra is much more than just a blade in her brother’s hand: she is resilient, quick on her feet, and smarter than he knows. Akos (Cyra’s other brother) is from the peace-loving nation of Thuvhe, and his loyalty to his family is limitless. Though protected by his unusual current gift, once Akos and his brother are captured by enemy Shotet soldiers, Akos is desperate to get his brother out alive—no matter what the cost. When Akos is thrust into Cyra’s world, the enmity between their countries and families seems insurmountable. They must decide to help each other to survive—or to destroy one another.

I say that’s about it, so as I always say, and I quote…. Check out your local or school library to see if this book is available for you! Again this was Goff Gazette Newspaper Book Recommendation reporter Tarsha here, and I will be back with a new book for you next week! 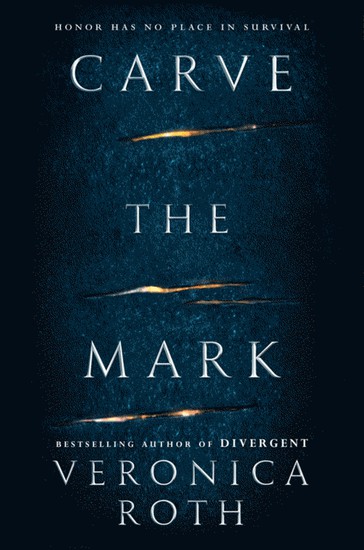 I don’t trip… I do random gravity checks

Luke through the peephole and find out!

“I’ve got nothing man”

Art club is an amazing after school activity. You can make new friends and let your imagination open. The art teacher Mrs. Moe is the sweetest and funniest teacher ever, she makes everyone happy and she helps you become a better drawer and there are contest. One of the contest that they did was the Peace Poster contest and there are lots of contest coming up. As you can see art club is a very interesting and amazing place to be.

Interview of the Week - Mrs. Boisclair

Hey guys! This week we’re interviewing another 6th grade teacher, Mrs. Boisclair! We emailed her four questions and you can read her responses below!

Q: What are your students learning now or going to learn soon?

A: In Science we are finishing up a STEAM project on Weather. The students are using the knowledge they learned thee first two quarters, to become meteorologists. They researched climates, wrote scripts, made some amazing weather props for their reports, and will be filming the week before vacation. After vacation we will begin our next unit on the diversity of life. I can't tell you what it will be about because if they are reading the newspaper they will get some inside information. I like surprises!

Q: If you weren't a teacher what would you do for a job?

A: If I wasn't a teacher, I think I would love to be a writer, or journalist. Maybe publish a few children's books.

Q:What's your favorite lesson/unit to teach your students or used to teach?

A: I love teaching Science of any type, because I very much enjoy seeing the faces of interest or intrigue in my students. However, I LOVED teaching the human body because it was a blast to gross out my students.

A: Hmmm. Pretty much all of my former students know this, but I had a pet monkey when I was a kid. True story. One day, my dad came home from work with a Squirrel Monkey, and although my mom was less than happy, Charlie became our pet.

The History of Valentine's Day

Emperor Claudius II had realized that unmarried men (that have no family) make better soldiers than men with families, so he made marriage illegal for young men. St. Valentine thought this law wasn’t fair and continued to marry young men and women in secret.

When Emperor Claudius found out, he ordered that St. Valentine either give up Christianity and all faith or be beaten and beheaded. St.Valentine chose to keep his beliefs, which resulted in his death.

Advise from The Pack

Question: Why are they so mean?

Answer: I don’t know who "they" are, but I think that you should stand up for yourself when it comes to this issue. I know that it may be hard to tell an authority figure because they might call you a snitch, but would you rather do that or get bullied? - Alpha

Question: So I think this guy likes me, and he’s one of my closest friends. I want to confront him about it. How do I talk to him without it being super awkward.

Answer: First off I would start by reminding yourself that you guys are really close friends and that is a relationship that you do not want to lose. Also if he likes you, is that really a bad thing? Think long and hard about if you have the same feelings for him. The way to seem less awkward is to remember that it is a touchy situation so be patient and understanding. -Alpha

Question: How do I ask out my guy friend without coming on too strong?

Answer: If you are really interested in having a relationship with your guy friend, and not coming on too strong then you just need to act like yourself. Since you are already friends with each other there is no need to be awkward around each other. However, before you get yourself into a serious relationship make sure that you both have the same feelings for each other. If you rush into a relationship without any affection than there really isn’t a relationship. All you’ll have is the title. However, if you still want to ask him out, the best way would be in a conversation. That way he will feel relaxed when you ask him if he wants to be more than friends. -The Omega

If you have a question, write it down and drop it in the box in the library. It's anonymous, so don't put your name!

Items are being held in the main office.

This article is about bullying and I am doing this to let people know that they are not alone and that your parents and friends are here for you.

A lot of kids are being bullied these days for no apparent reason; that's where we step in to help you figure this out. We want to make you feel comfortable and that’s why Goff Middle School has started a Bully Ambassador Club. It is during school hours and is being managed by Mr. Diko.

We help kids who are hurt and broken because of bullying here at Goff. We take bullying very seriously and it is actually an honor to be writing this article because I know how it feels to be bullied. We help kids these days because kids are committing suicide and they are feeling like they do not belong in this world. Well they are wrong, they belong in this world so much - they are feeling like this because of a bully. We are here to help you know you're not alone in this world. Talk to your friends and let them know what you're doing and ask them if you want to hang out.

If you are being bullied reach out to a parent, teacher or friend for help. Check out this website for more information and a great video: