Henrry is using Smore newsletters to spread the word online.

Get email updates from Henrry:

Is an Anti-slavery movement to help African and African-American to stop working as Slaves which is free labor for plantation owners in the South of the United States started by William Lloyd Garrison in 1833. The movement was sparked by the Second Awakening Movement.

The Abolitionist reform was sparked by the the religious revival which was the Second Great Awakening which was also with the help of abolitionist pamphlet which sparked the idea.

For the slaves to be free and have rights and the nation to be united as one and not be split for and against slavery.

First Get enough funds for propaganda publishing and then pressure the states the south to begin being against slavery if that doesn't work straight to pressure the president to free slaves in the nation.

The Initial Success for the movement is the ability for more men in the battle front to help the Union win the Civil War. 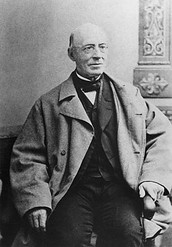 @WilloydG
He is the Key person to Abolitionist Reform.Born on December 10, 1805, in Newburyport, Massachusetts, Garrison grew up poor. At age 13, he was apprenticed as a printer on the Newburyport Herald, to which he later contributed essays. In 1826, he began editing a county paper, but it failed. Moving to Boston in March 1829, Garrison served as coeditor of the National Philanthropist, a temperance paper. As with many other people of his generation, Garrison was fired by the reforming spirit, sparked by the religious fervor of the Second Great Awakening in the 1820s. Temperance was the first reform movement to which Garrison lent his support, but over the course of his life, he would take up many reform causes on all sorts of issues. Abolitionism, however, became the cause that most inspired him.

It was a dispute between for slavery vs against slavery which was very violent. And the state was chosen free or slave state by popular sovereignty which created territorial government and thanks to that tensions escalated.

The Other Movement Connected to the Abolitionist is the Women's Rights because Women had, of course, been active in the abolitionist movement from its beginning but in the female only society. The Grimké sisters were daughters of a South Carolina slaveholder but disagreed with their parents' slaveholding practices and left for the North.They became quakers and abolitionist and feminist. After attending in training conferences they began speaking in public against slavery, first with females then with men and women.Their activities brought attention and helped them take part of unfeminine activities.

Why should you contribute money ?

People who donate a large amount will receive a whole months supply of Food of all kinds.

Those who donate good amount will get 3 stock animals

And the Ones who donate a small amount will get free delivery of messages sent for a week .

We are going to have a trend in the social media with pictures of street art. And then drop a diss mixtape against pro slavery leaders and show them why we are better and throw flyers every with the negatives of slavery and leave very important outcomes outside the presidents home everyday till it happens.
Warning this can anger many southerners plantation owners to attack.

Henrry is using Smore newsletters to spread the word online.