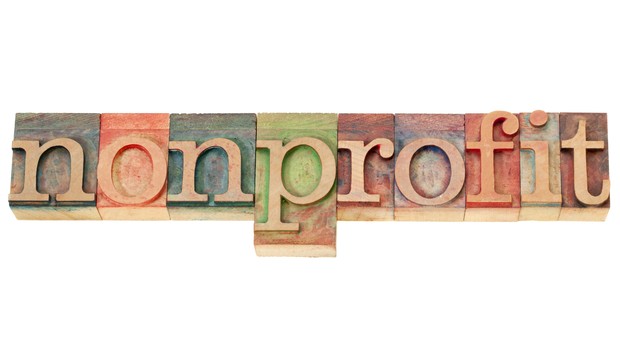 In his Preface to Managing the Non-Profit Organization, the noted management authority Peter Drucker distinguished non-profits from business and government:

“Business supplies either goods or services. Government controls. A business has discharged its task when the customer buys the product, pays for it, and is satisfied with it. Government has discharged its function when its policies are effective. The non-profit institution neither supplies goods or services nor controls. Its product is neither a pair of shoes nor an effective regulation. Its product is a changed human being. The non-profit institutions are human change agents. Their ‘product’ is a cured patient, a child that learns, a young man or woman grown into a self-respecting adult: a changed human life altogether.”

The Salvation Army is one of the largest non-profits in Canada. Its officers, employees and volunteers are contributing to its noble task of changing lives. Whether your job is on the front lines of our organization or in a support role, you are equally contributing to this noble task.

(Note: Peter Drucker, who died in 2005, was described in The Economist magazine in October 2014 as having “remained the top dog among management gurus for 50 years.” Drucker did a good deal of work with the Salvation Army in the USA; based on that work he wrote “There’s no organization – none – that is run as efficiently, with as low administrative costs, as the Salvation Army.”)

Is the Budget Passé?

Is the budget a thing of the past? Does it even make sense to budget in a world that is constantly changing? Why bother?

These and other questions are heard frequently. Despite this, we remain convinced that the budget is a key tool to assist in managing any organization, large or small. After all, Jesus himself was an advocate of budgeting (see Luke 14:27-30).

The budget takes a lot of criticism that is misdirected. Most of the concerns relate to poor preparation and use of the budget, rather than the budget itself. If you invest the time required to prepare a proper budget (whether it’s the operating, cash or capital budget), support your budget estimates with clearly thought-out rationale and monitor results compared to budget, the budget will be one of the most useful tools you have at your disposal as you manage, whether you’re responsible for a single project or the entire organization.

We all know about the importance of planning rather than meandering aimlessly when it comes to managing our organization. The operating budget is a key part of the planning process. In fact, it can be a key test of the validity of the strategic plan. If we say that “X” is our chief priority, but the budget allocates most of our resources to “Y”, we may have a problem. Viewed in this way, the budget can help us ensure that we put our money where our mouth is, ensuring that resources are allocated to our priorities.

Tax Receipting: Definition of a Gift

What is a gift? To be recognized as a gift for which an official donation receipt may be issued by a charity, a donation must meet the following criteria:

Based on the foregoing, the following generally do not qualify as gifts:

For those embarking on accounting careers, achieving a professional designation is a major milestone. Three in the finance department at THQ recently completed the requirements for the Certified General Accountant or Certified Management Accountant designation, and with the merger of the three national accounting bodies in Canada (see Money & Mission, October 1, 2014), can also describe themselves as Chartered Professional Accountant.

David Cen, CPA, CMA David is a native Torontonian, who lived and went to school in the suburb of North York. He then proceeded to the University of Toronto (Scarborough Campus), studying for a Bachelor of Business Administration degree. After graduating in 2010 he worked for a small CA firm and for Brookfield Global Relocation Services, before joining the Toronto office financial accounting staff at THQ in April 2014 as a staff accountant.

Kristina Jaluba, CPA, CGA Kristina has always been in the Toronto area, going to school in Richmond Hill, just north of the city, and then attending York University. She obtained a Bachelor of Administrative Studies degree, with a specialized honours in accounting, in 2010, and then became an Accounting Manager for a company in the automotive industry. She came to THQ early this year as assistant director of accounting in the Financial Accounting group, with particular responsibility for property and investment accounting.

Paul Ward, CPA, CMA Paul grew up in the Vancouver area, going to both school and university there. He graduated with a Bachelor of Business Administration degree from Simon Fraser University in 2010, and then worked as an Accountant for a company in the film and broadcast industry. In 2013 he joined The Salvation Army as a financial analyst at THQ.