Welcome to The Bucking Chute!

Welcome to The Bucking Chute, the weekly online newsletter for athletic and activity programs at Russell County USD 407. In a rodeo, the moments before the gate on the bucking chute opens can be some of the most suspenseful moments of the entire event. The moments that follow, when the Bronco is turned loose, can provide some of the most exciting moments of the rodeo. We feel the same way about our Russell Broncos. We will send this out weekly as we lead up to the events of the coming week! 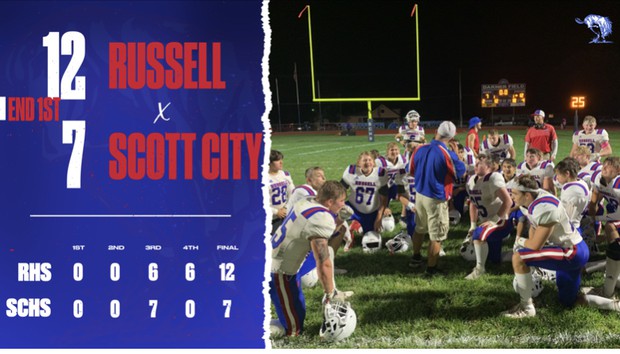 It was the first win for Russell over Scott City in six meetings between the teams.

Neither team scored in the first half. Scott City (3-2, 1-1 District 6) attempted a 27-yard field goal late in the second quarter, but Russell's Josh Sohm got a hand on it and blocked it.

Russell (3-2, 1-1 District 6) scored the first points of the game with 6:36 remaining in the third period when running back Jesse Whitmer finished an eight-play, 66-yard drive with a one-yard touchdown run. The two-point conversion attempt was no good. With 1:21 left in the third quarter, the Beavers answered with an 11-play, 66-yard drive capped off by a four-yard TD run by running back JP Harris. The extra-point kick was good and Scott City led 7-6 heading into the fourth frame.

With just 2:30 remaining in the game, the Broncos scored the go-ahead touchdown on a 31-yard pass from quarterback Andrew Roth to tight end Josh Sohm. It was a seven-play, 75-yard drive. The two-point conversion was no good. On the ensuing Scott City possession, the Beavers turned the ball over on downs and Russell was able to run out the clock, scoring the 12-7 win.

Turning the ball over on downs was something Scott City actually did five times in the game.

Scott City outgained Russell 239 total yards to 219 yards. The Beavers finished with 125 yards rushing and 114 yards passing, while the Broncos totaled 73 yards on the ground and 146 yards through the air.

Whitmer led Russell on the ground with 45 yards on 10 carries. Roth passed for all 146 yards on nine completions. Sohm had three catches for 52 yards.

After three weeks on the road, the Broncos next host Colby on Friday, October 8 at Shaffer Field in Russell. Catch the game on KRSL AM 990, 98.1 FM and KRSL.com with pregame coverage starting at 6:30 PM and kickoff at 7 PM. 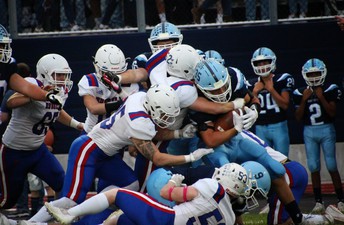 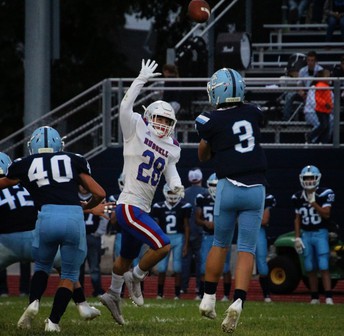 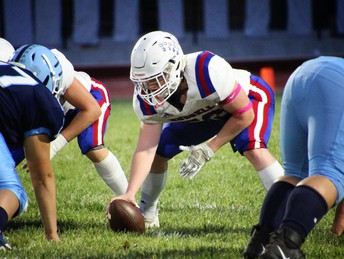 The RHS Volleyball team celebrated its 12 seniors last week, and ended the night with a heart-breaking three-set loss to Hoisington in front of a rowdy student section, and the largest crowd of the season. 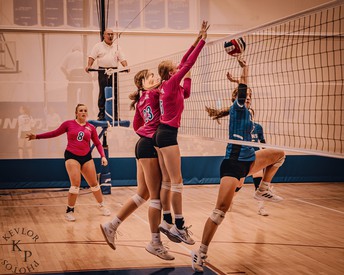 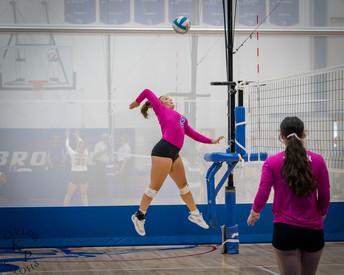 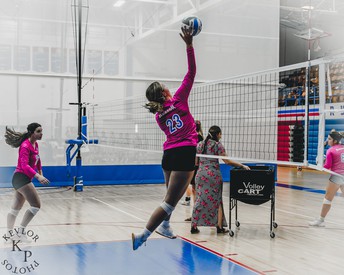 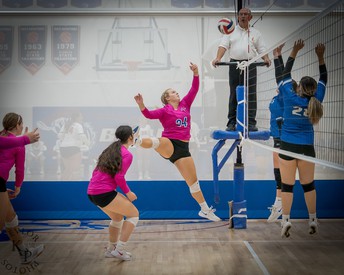 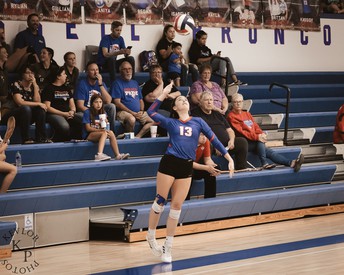 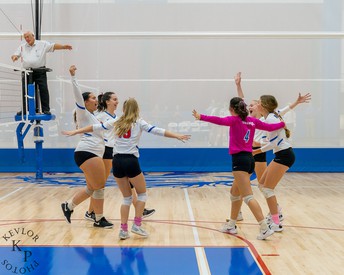 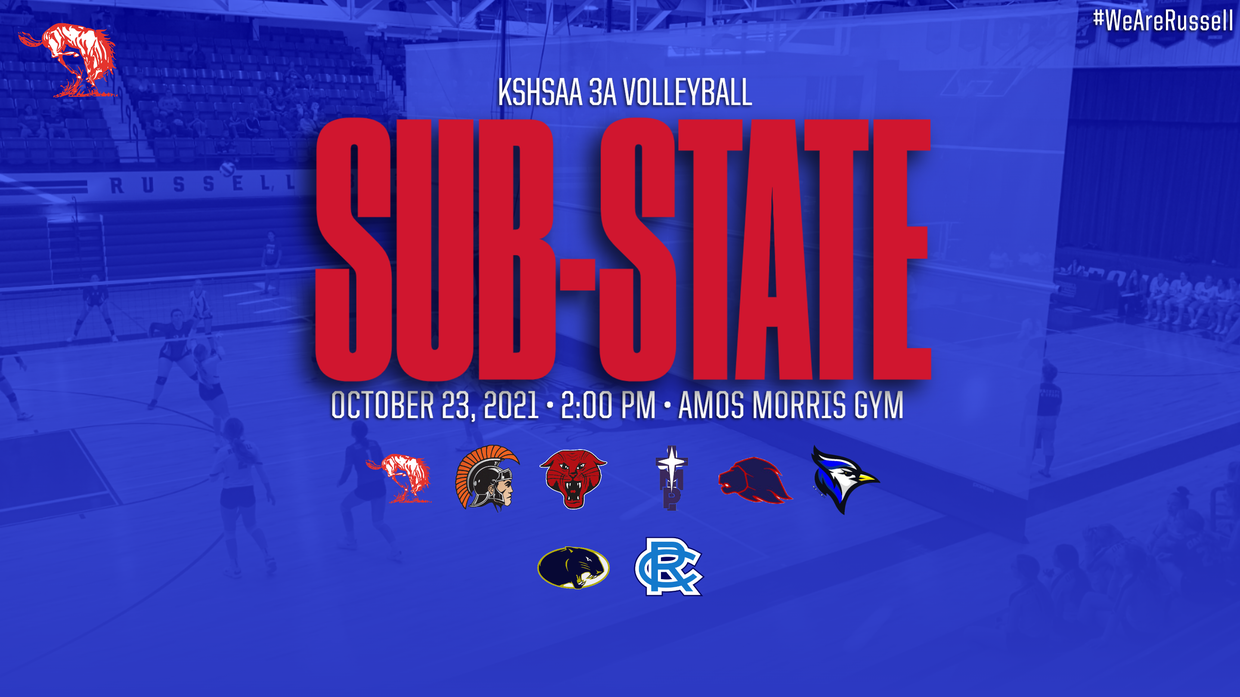 For the second-straight year, Amos Morris Gymnasium will serve as one of eight host sites for a KSHSAA 3A State Volleyball Tournament. This year's tournament will take place on Oct. 23, with a 2:00 p.m. start time. Teams assigned to the Russell site include Beloit, Ellsworth, Minneapolis, Norton, Phillipsburg, Riley County, Russell, and TMP. The winner of the tournament will advance to the KSHSAA 3A State Tournament the following week at the Hutchinson Sports Arena in Hutchinson.

Other sites selected to host a 3A Substate Tournament were Baxter Springs, Halstead, Humboldt, Lakin, Nickerson, West Franklin, and Sabetha.

Members of the RHS Velocity Dance Team, along with their mothers, were treated to a sunset dinner party Monday evening. The idea of the party was to allow dancers and their mothers the chance to step away from the everyday grind, and connect with each other, and other dancer/mother combinations. The weather cooperated, and the group was able to enjoy a home-cooked, lakeside meal at sunset.

"It is so important to slow down and spend time together," Head Coach Jennifer Ode said. "It was so nice to be able to sit and SLOW DOWN to enjoy the wonderful women in our lives who help shape us into the women we are becoming." 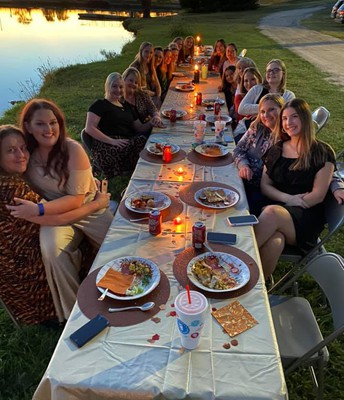 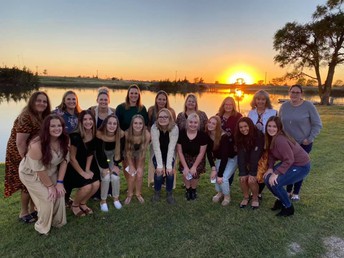 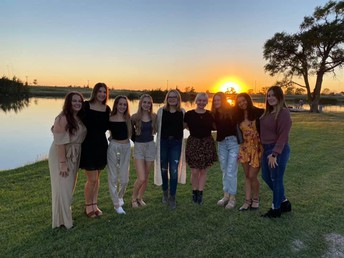 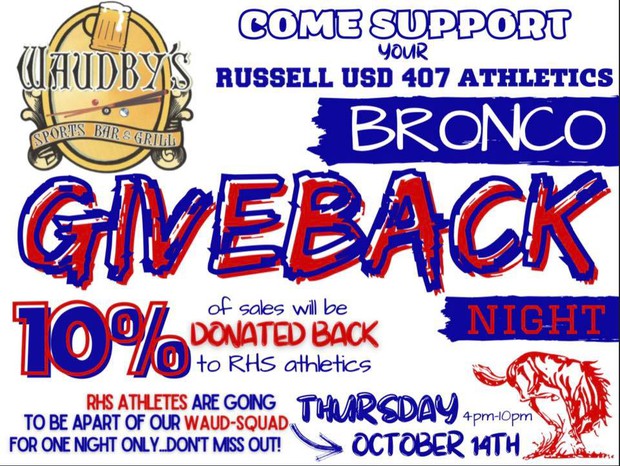 Make plans to eat lunch or dinner, or enjoy an after-work social, at Waudby's in downtown Russell on October 14. Waudby's will donate 10% of that day's profits back to the RHS Athletic Department. 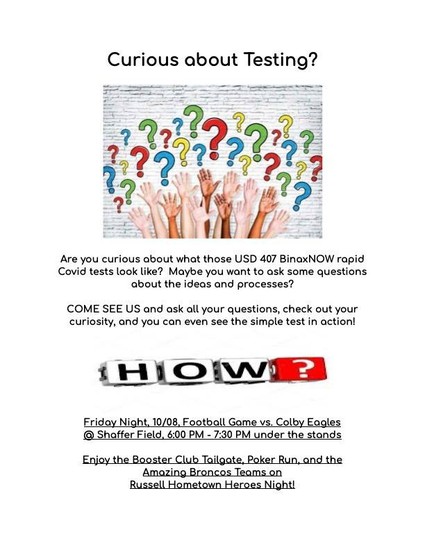 Curious about covid testing? Come see us @ Shaffer Field, 10/08 prior to the game. It's Hometown Heroes Night, some great Booster activities & tailgate too! Festivities start around 6pm, Kickoff @ 7pm. Come be curious w/ us!

In accordance with KDHE and approved by Russell County Health Department, students who quarantined due to close contact with a positive Covid case may participate in activities under the following stipulations:

1. Students may mask and play during the entirety of the quarantine period.

3. If the student or coach has evidence of Covid positive within the past 6 months, they

may mask and play during the entirety of the quarantine period.

The RHS Booster Club has new leadership, and is accepting membership applications for the 2021-22 school year. Download the file below, or stop by the RHS office to pick up a form! The Broncos can't do what they do without the Booster Club's support!
pdf 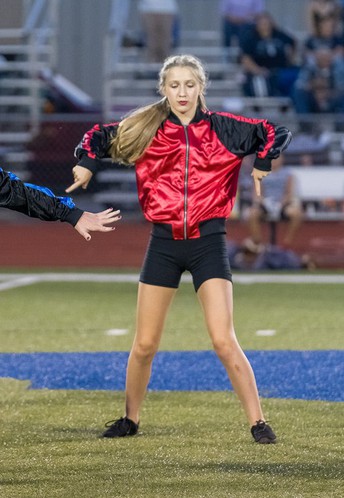 Maddie is kind, hard-working, and always eager to learn. She constantly strives to better herself on the team, and outside of the team. The way she goes above and beyond for others is truly amazing to watch.

Maddie is determined, strong, trustworthy, and classy. I think those are the main characteristics that make her a B.R.O.N.C.O She always comes to practices and games ready to work hard and get it done!

If you love to sing, and crowds don't bother you, we need to talk! RHS is looking for National Anthem singers for the upcoming sports season. Anybody interested should contact Scott Nuss, USD 407 Activities Director, at snuss@usd407.org. 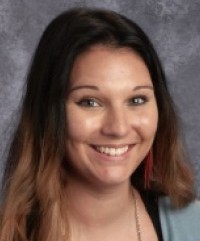 How long have you been in Russell?:

I have lived in Russell for my whole life.

What is something others may not know about you?:

I am scared of spiders

“If you fail to prepare, you must be prepared to fail.”

Why do you love coaching?

I love volleyball. Coaching allows me to stay involved with the sport I love, and gives me the chance to help young players become better athletes. 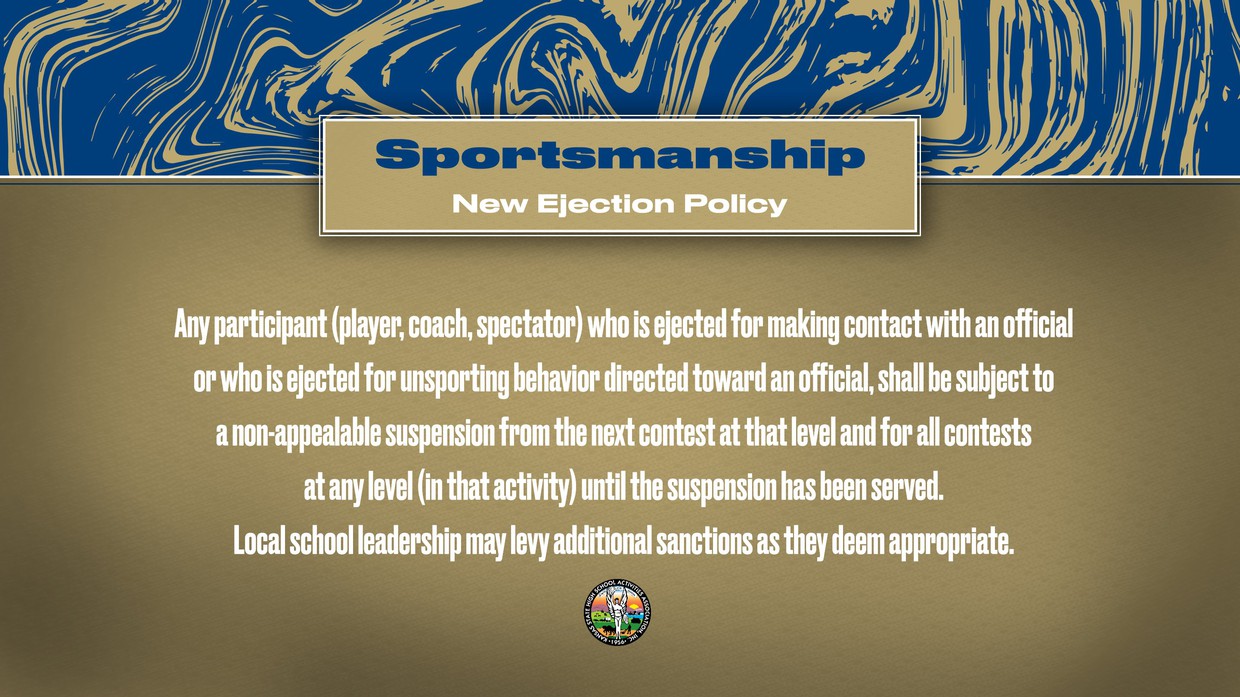 The Kansas State High School Activities Association is cracking down on poor fan behavior at athletic and activity competitions this season, and Russell is doing the same. KSHSAA has its own set of rules, but lets the local district have the first opportunity to enforce their own rules. So here's what you need to know as we jump into the 2021-22 season...

Fan Ejections: Any member of a Russell crowd, who is ejected from a game (by an official or an administrator) for unsportsmanlike conduct toward an official, or a participant, will face a one-game suspension. To be clear, they will not be able to attend the next game, whether it's at home or on the road.

Additionally, any member of a Russell crowd, who prompts an "If I hear one more word, that person will need to leave" scenario, from an official or an administrator, will be removed from that contest as a proactive measure. Quite simply, there is no reason for this behavior to reach that point.

A new KSHSAA rule offers a similar consequence.
"Any participant (player, coach, spectator) who is ejected for making contact with an official, or who is ejected for unsporting behavior directed toward an official, shall be subject to a non-appealable suspension from the next contest at that level, and for all contests at any level (in that activity) until the suspension has been served. Local school leadership may levy additional sanctions as they deem appropriate

It's very simple...please let the officials do their jobs, and leave them alone. KSHSAA has lost more than 500 officials across the state in the last year. We need to take care of the officials who work our contests. 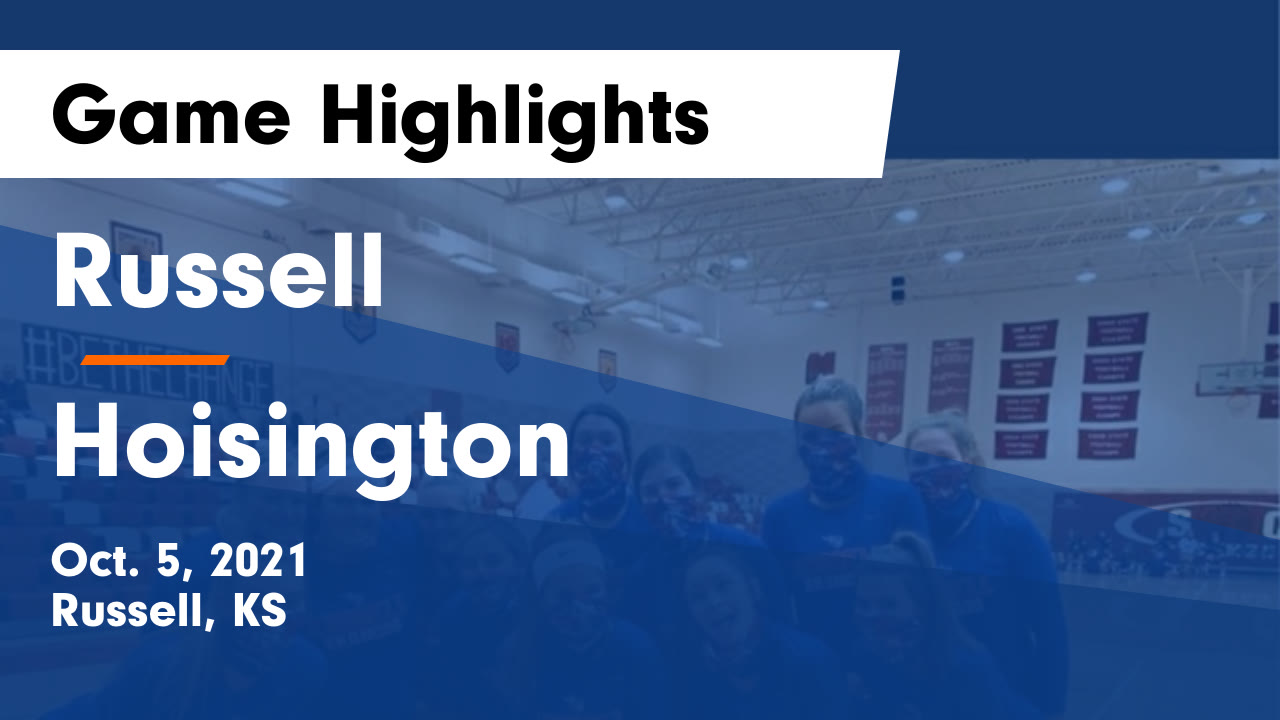 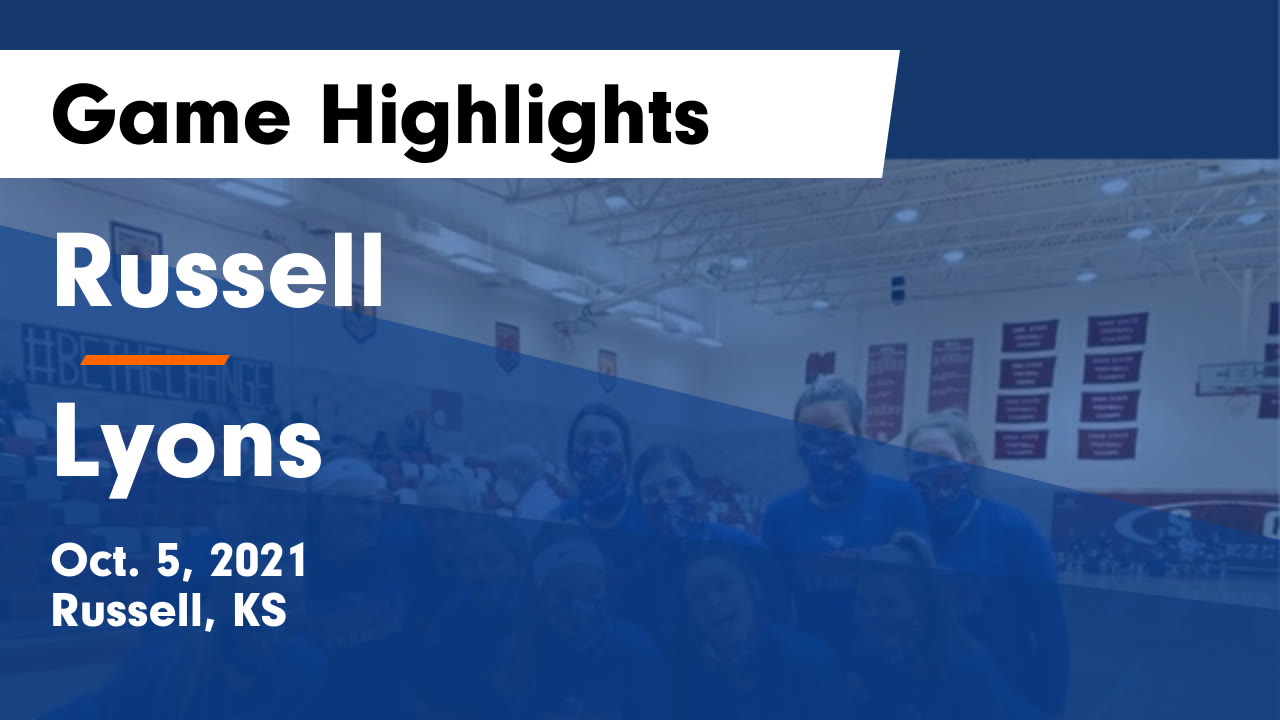 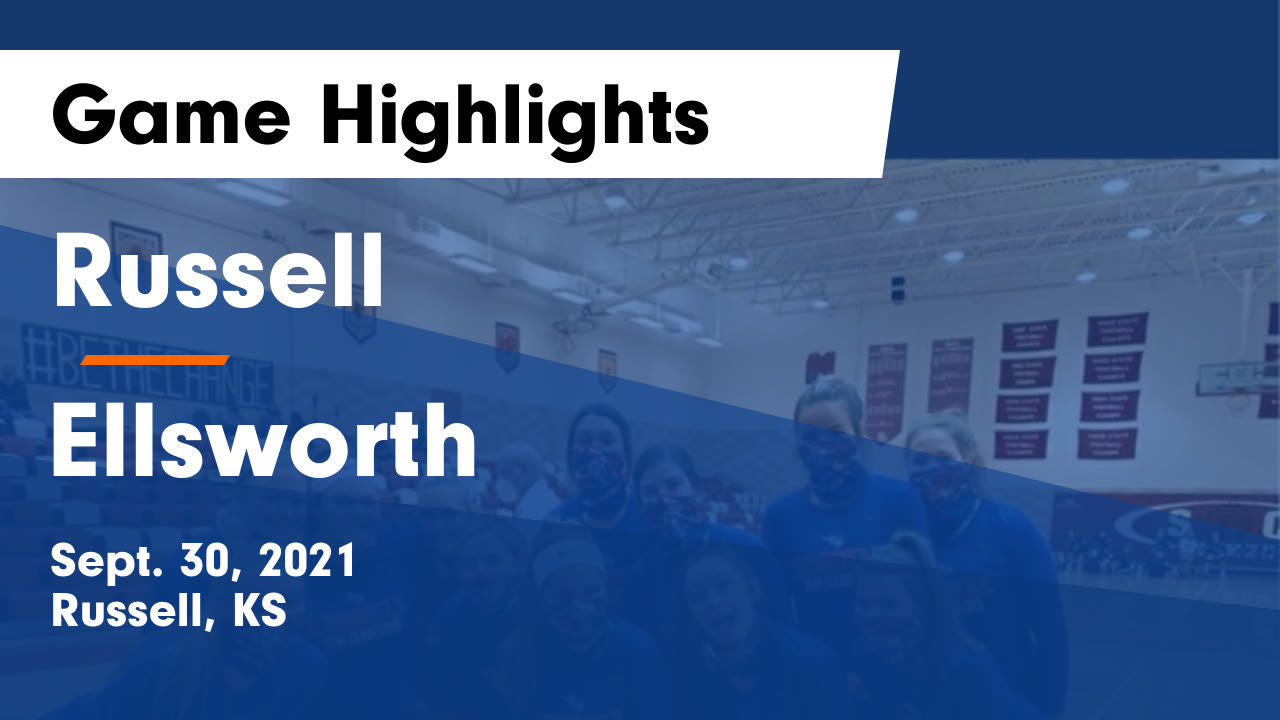 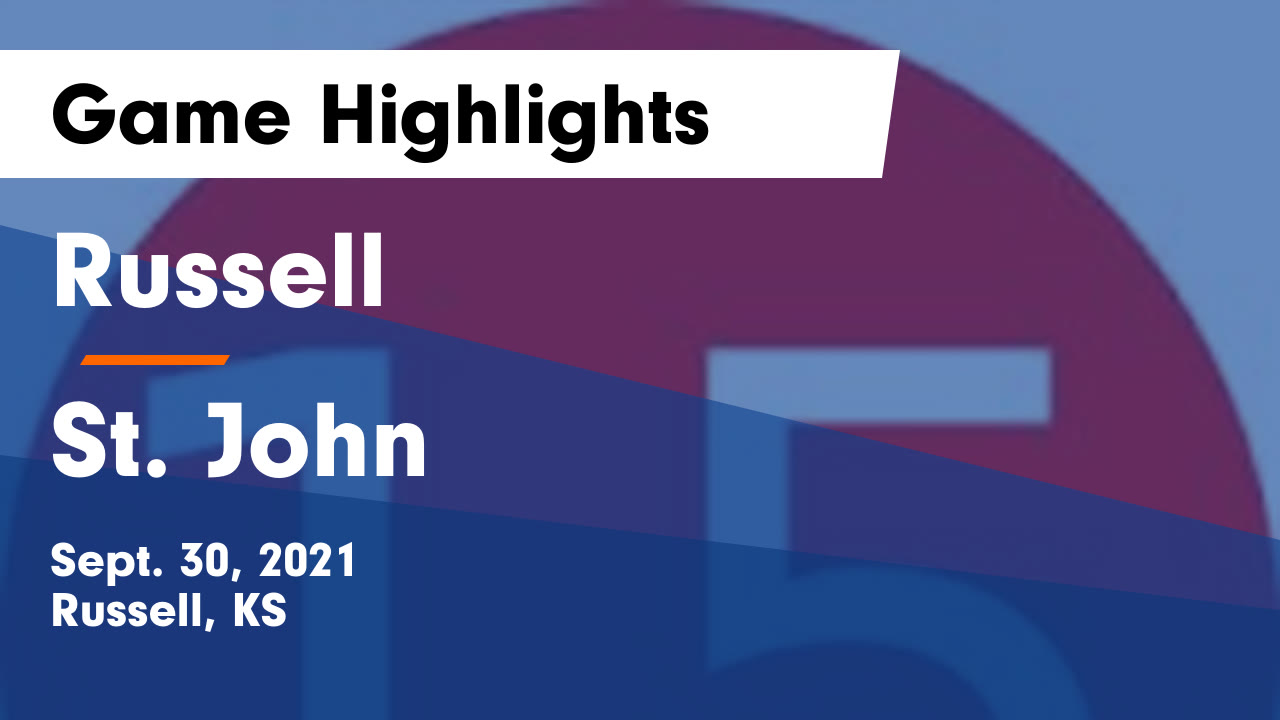 RMS Volleyball vs. Southeast of Saline

Order of Play
5:00 - Minneapolis vs. Russell

RMS Football vs. Southeast of Saline

Match locations & order could change if one site is running behind. This decision will be made by the tournament manager.

Winner advances to the MCEL Championship Tri on Oct. 11 in Phillipsburg.

RHS Girls Golf at 3-2-1A Regionals 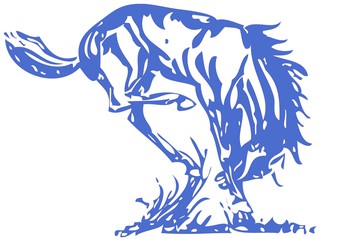 Follow Scott Nuss
Contact Scott Nuss
Embed code is for website/blog and not email. To embed your newsletter in a Mass Notification System, click HERE to see how or reach out to support@smore.com
close