I am the goddess of the moon, and I have my own pack but we are all very diffrent.

There is Stiles, he is human and he is the second leader of my pack.

Then we have Prim she is half crow-half human, we all protect each other as a pack but it can get rough. We also have our enimes, there the Moonyby he is the leader of W.K.D.Z (World.Killers.Defence.Zone) they are a organizeaton of people who love to kill, and he is the one who try's to steel my power. He wants to become the god of the moon but I won't let him.then we have the Nogitsune, he is a evil spirt who try's to get into our minds and make us want to kill.

We were held in a facility that was suppose to keep us safe but W.K.D.Z was only trying to trap us. This was when we didn't know our lives were at steak, There were giant guards near all doors that had the army made of gold and sliver. Every door was guarded accept for the main vault door that was in the back. One day Stiles and I went crawling around the vents to see if we could find anything while Prim kept on the watch for guards, we found something. There they had a ancient statue of a Goddess it was my mother. She passed her power down to me right before she died when I was 8 years old. We watched and the finally something happened, we saw Moonyby kneel in front of the statue of my mother and started chanting a spell. He was trying to grab the power from her but all the power was in me, just then I felt a pain in my heart as he cursed the statue and it's power. We the realized they weren't trying to help us, they were trying to take my power and kill us.

We went back to our room and told Prim we started blocking the doors so know one could get in, they were coming for us, coming for me and my power.

We went through the vents and found a exit, we started walking to find the main vault door hoping it wasn't blocked by guards. Then we heard the alarm go off, they knew we were gone. We started running and tried to transform into our creature beings, but it didn't work. Stiles was human so all he could do was run, Prim was a crow but her arm was scratched so she couldn't turn, and it was not a full moon so I couldn't go into coyote form. We started running as fast as we can for the vault door, we reached it and punched in the code to the vault doors they had given us in case of emergency.The code was granted but the doors weren't opening, we tried again and again but nothing worked. Moonyby and his guards started running to us with guns and swords, we had nothing it was useless, then Stiles saw a gun in a case of glass on the wall be broke the glass with one punch and grabbed the gun. He started waking near Moonyby, and screamed at him to " Open The Door!" Moonyby then said, " You're making a really bad choice". "You don't know how bad it is out there, you're safe here." Stiles fired the gun and the guards shielded Moonyby, Stiles then said, " You're lying!" You're Liars!" " You only want to keep us her for her power, open the door!" As Stiles shot the gun I tried one lest time I put in the code and the doors opened. "Run!" Prim and I said, Moonyby started yelling "Shut the main vault door, shut the main vault door!" The doors started going down and Stiles ran within a split second Stiles made it under the door and the door shut. Then we walked to the the final door and opened it, we walked out into a cold windy desert. We could barely see and started walking to find some sort of shelter, the the doors to W.K.D.Z opened and they were coming after us.

Running, Hiding, and The Nogitsune

We started running faster and faster, they were trying so hard to catch up to us but it was so hard because of the sand. I found a area with a glass roof, I punched the roof and broke the glass. I walked down into the place and it was filled with sand, we found a place with coverage so Moonyby couldn't see us and we slept there for the night. It was cold so we all caved in together to get warm enough to fall asleep. In the middle of the night I heard screaming and woke up I looked around me and Stiles was gone, he was being dragged away by a figure that I couldn't see very well. Prim woke up and I told her to stay and watch guard while I go look for Stiles, I started walking and saw him laying on the floor crying. I ran over to him and lifted him off of the ground "Are you okay?!" I said " Yeah, yeah I'm fine" " What was that thing pulling you away?" " I don't I don't know, it was strong and was clothed like a human but it's hand and face was wrapped up like a Mummy" " The Nogitsune" I said "What?" he asked. " I'll tell you about it in the morning" "Okay" he replied.

I walked him back to the area and told Stiles and Prim to go back to sleep and that I would wake them up in the morning.

The Nogitsune is a dark spirit who tries to take control of you, who tries to make you kill and destroy. It feeds on fear, pain, and strife and it make it stronger. I learned about it when I was a child I used to have a Nogitsune follow me around and make me have constant nightmares, but my mother brought me out of it by giving me a little bit of her power everyday, as she grew old and frail. I stayed awake for a while then fell asleep.

Trying To Find The Red Army, and Trying To Kill The Nogitsune

We woke up and I remembered something I heard at W.K.D.Z there is this place called The Red Army and how they help people who are targets of W.K.D.Z . We walked all day and nothing happen we found nothing , we saw nothing, we felt nothing, and heard nothing. It grew cold and the sun was going down, so we tried to find a place to sleep, then I saw it.

the Nogitsune came back and it was walking to us, Stiles dropped to the floor in fear and started crying. Tonight was the full moon so with all the power I had I turned into a coyote and went to attack the Nogitsune , he tried to overcome me and put me back in the state of fear, but I wouldn't let it happen. I bit him and he vanished, I turned back to human and started to run to Stiles he passed out. Prim and I carried him until we fount a area to sleep and slept there for the night.

He walked for hours,days, and weeks and found nothing. It was hopeless but we refused to give up. We kept walking know matter what and protected each other. We hope to find The Red Army, but at this point were out of luck. Be we will not give up and will stay strong to find out what is going on. We won't back down.

Malia The Were Coyote 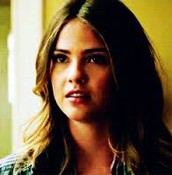 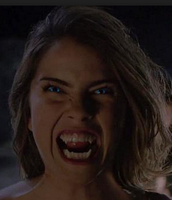 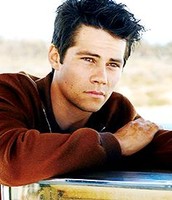 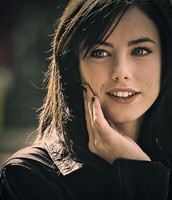 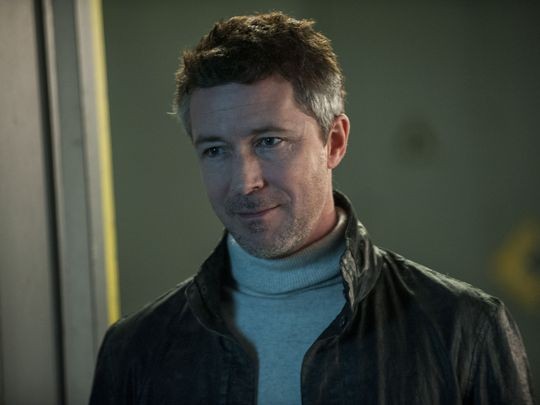 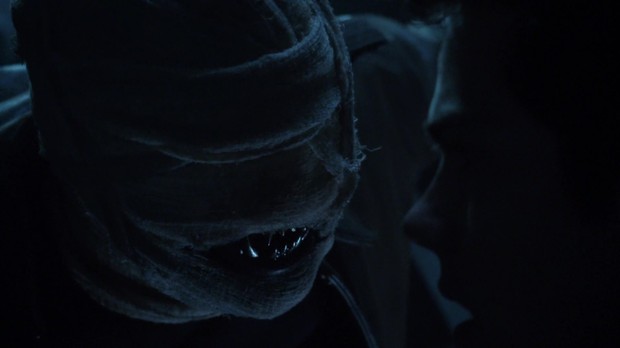