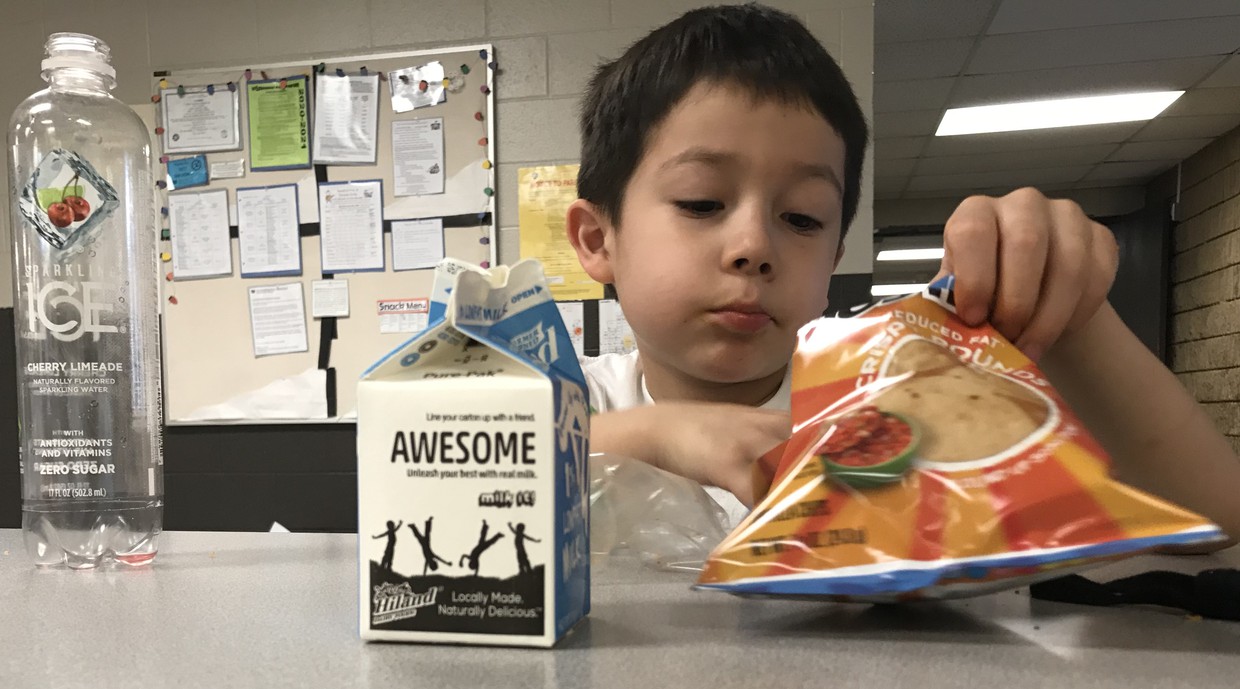 All elementary schools have the same menu. The menu is decided by the Director of Food Nutrition. Some foods are not on the menu anymore, like orange chicken and teriyaki chicken. This is because those foods were not very popular across the district.

"Orange chicken was one of my favorites," said fifth grader Aedry Rangel. "I wish it would come back."

Ms. Brittany said she tries to make enough lunches to serve everyone without having leftovers. Each class does a lunch count in the morning to help Ms. Brittany estimate how much food to prepare. The cafeteria does reuse some vegetables and other leftovers, but most are thrown away because they do not reheat well. 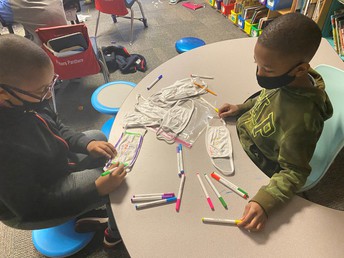 Peters classes had Valentine's Day parties on Monday, February 26. Parties had to be rescheduled because of a snow day.

Parties were different this year because of Covid. No grades could have a big party in the gym like in the past. Instead, each class had a little party in their classroom.

Every student in pre-k through fifth grade was given a white mask to decorate with markers that are safe to breathe through.

"We thought it would be fun and different," said Ms. Dana.

"When we got home, we got to eat all the candy," he said.

Second grader Reagan Arnold said her class made Valentine's bags, passed out candy and had cupcakes. They also watched a music video by a group called Pentatonix, which she said was her favorite part of the day.

Fourth grader Kiyah McDonald said her class voted on their favorite Valentine's boxes. She said it was fun to see other people's boxes. 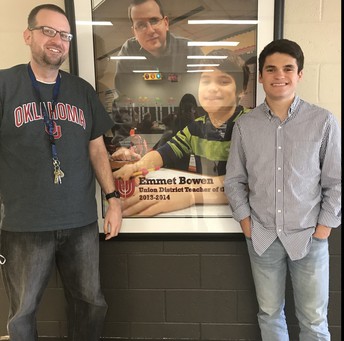 Braxton Tempest is a senior at Union High School. He attended Peters Elementary from pre-k through 5th grade. Braxton recently was voted Mr. Union, which is one of the highest honors a student can receive. Braxton also is a valedictorian, an award given to the top 1% of seniors.


There is a picture in the cafeteria that shows Braxton with his fifth grade teacher, Mr. Bowen.

“Braxton was a natural leader even in elementary school,” said Mr. Bowen. “He always looked for new opportunities to learn and share his learning.”

When he was at Peters, Braxton was an editor of Paw Prints and was student council president. He was very involved in many clubs, including solarium club, recycling club, and academic team.

“The only year I ever had a class president was the year I had Braxton Tempest in my first grade classroom,” said former teacher Mrs. Harding. “He recruited someone to run against him and then he made ballots that looked like the ballots he had seen at the polls with his parents. He won handily.”

Braxton is now president of the senior class. As a leader, he tries to motivate students to be engaged in school activities.

“Try everything,” Braxton suggests to graduating fifth graders. “Middle school is a great time to try a bunch of things and figure out what you like. Choose stuff you are interested in even if you have never tried it before.”

“It allows you to be better prepared for high school but also grow as a person,” he says. “You get out of your comfort zone and create relationships with classmates.”

Braxton plans to go to college at Oklahoma State University in the fall and major in architecture. 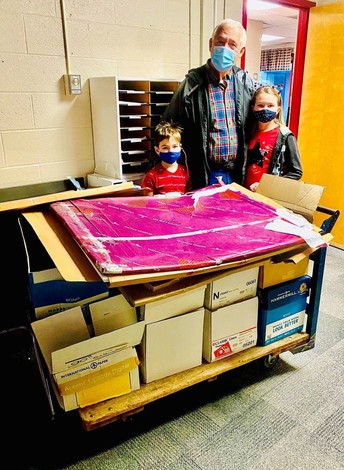 Recently, John Stewart donated about 1,000 pounds of paper to Peters. John is the grandparent of kindergartener Logan Heinemann and third grader Lilly Heinemann.

John owns a printing business and has owned it for 33 years. He has donated paper two different times before.

Thank you, John Stewart for donating paper to Peters! 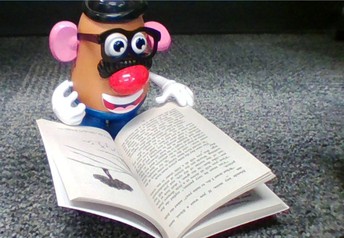 Some of Mr. Bowen's students agree with his theory.

"I think it's true because I saw the word potato in Wayside School a bunch of times." said fourth grader Noah Blacet.

Eighth grader and former Peters student Carly Borgelt said that she thinks the potato theory is true in the lower levels of books but when you get to level Z it isn't very true.

Fifth grader Meeral Salha said she thinks it's a foolish idea. "Why would authors put the word 'potato' in their books?" she asked.

"Maybe there is some sort of secret pact between authors to include potatoes in their books," Mr. Bowen responded. "Or maybe potatoes are just a common food." 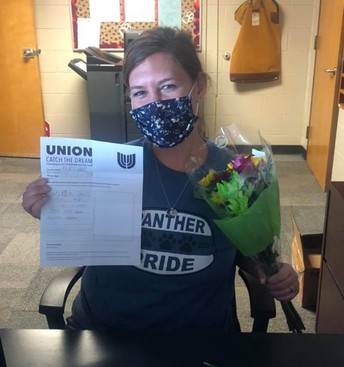 Students or parents can nominate any teacher or staff for Catch the Dream. They turn the nomination paper in to the the front office to be gathered by PTA.

The February winner was chosen by Zoey Reyes, daughter of PTA President Joey Reyes. Zoey drew the paper out of a bucket with the papers folded where she could not see them. The drawing was done on video. Mr. Reyes came to the office and brought Mrs. Heinemann a bouquet of flowers and told her she had won.

“She is always positive , she is cheerful, helpful and is wiling to do what ever is needed,” said Mrs. Weese about what she appreciates about Mrs. Heinemann.

“She is always super friendly, and she wears cute jeans” said Mrs. Dana about Mrs. Heinemann.

“She is kind, she is very outgoing, and has a great laugh. She is very nice and fun to work with,” Mrs. Bruner said. 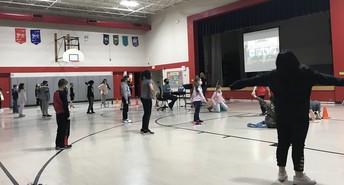 On February 26, the school had a responsibility assembly. The purpose for the assembly was to teach kids to be responsible and recognize kids who act responsibly.

Students watched some videos about responsibility and the specialty teachers drew paw prints or the teachers nominated students who act responsibly. Two students from each class got a free meal at Taco Bell and a buffet at CiCis Pizza.

Blakely Keith from first grade said taking care of your stuff is being responsible.

First grader Vivian Williams said that you can be responsible by being kind to your community.

Fourth grader Cian Beeman said that you can take care of your playground in your community.

The school’s next assembly will be about safety. 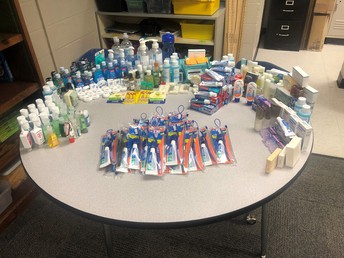 Student Council met after school on Wednesday, March 10 and Wednesday, April 7. The officers and representatives discussed collecting donations for the Blue Star Moms and improvements to the playground.

The Blue Star Moms are the parents of some of the military who make care packages for the military. Student Council is collecting trial sized toiletry items such as foot powder, Chapstick, AAA or AA batteries, mouth wash, eye drops, and Ziploc bags. People who want to donate will drop it off at the front office or in Mrs. Borgelt's classroom.

Student Council is asking Mrs. Weese if the track could be labeled with distance measurements. They are also asking for markings to be put on the basketball court, such as half-court lines, three point lines, hopscotch, and four square lines.

Student Council will have its final meeting of the school year on Wednesday, May 5. 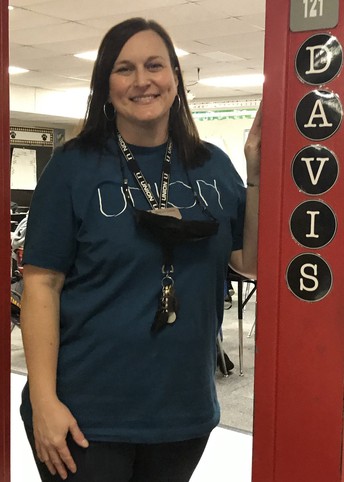 Mrs. Davis is a fifth grade teacher at Peters Elementary. She has been teaching for four years, and this year she teaches all subjects. Previously, she taught fourth grade. She graduated from college at Arkansas State University.

She said she became a teacher because she likes helping kids learn.

She said her favorite subject to teach is social studies because she thinks it is interesting.

“My job is challenging, but I do like it,” she said.

Mrs. Davis said that her favorite color is green, and her favorite animal is a giraffe. She enjoys strawberries and white cheddar popcorn, and she likes to read in her free time.

"She's the best and she helps us learn," said fifth grader Layla Bernal. 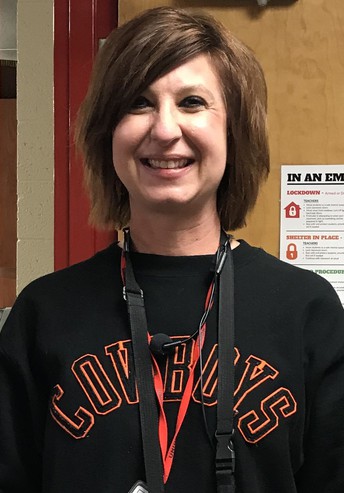 Mrs. McDonald said she wanted to be a teacher to help kids. She left teaching a couple of years ago because she wanted to help her mom when she was sick and she also wanted to try a new business. She said she came back to Peters because she missed kids.

Some of her hobbies out of school are cooking, antiquing, and interior design.

First graders Sebastian Smit and Levar Jordan said that they like to do math with Mrs. McDonald. Math is also Mrs. McDonald's favorite subject.

"I like teaching first graders math because I teach them real life things like money and time," she said. 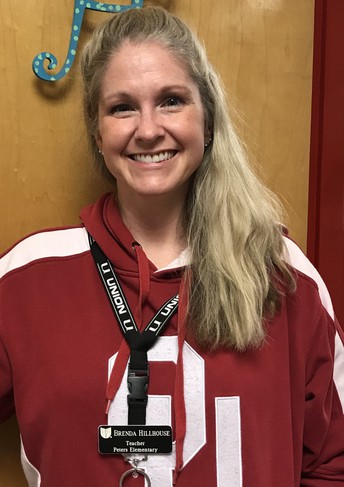 Mrs. Hillhouse is one of three first grade teachers. She has been teaching at Peters for 20 years. She also taught one year at Briarglen. Overall, she has taught 11 years of pre-k, 6 years of kindergarten, and 3 years of first grade. She graduated college from Northeastern State University.

Mrs. Hillhouse said she became a techer because she loves working with kids.

Outside of school, Mrs. Hillhouse said she likes to go to church, sing, and "of course rest."

First grader Ezio Molé said that what he likes best about Mrs. Hillhouse is that "she turns everything into a game."

First grader Issabella Craine said something similar. When asked her favorite thing to do in class, she said, "Isn't it obvious? Play!" 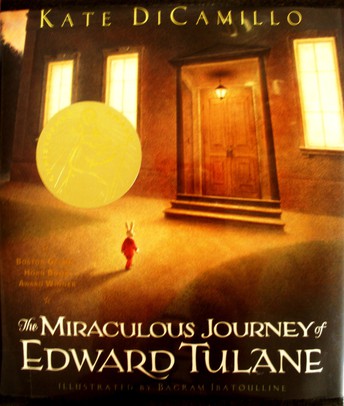 The Miraculous Journey of Edward Tulane by Kate DiCamillo features a china rabbit named Edward. Edward's owner is named Abilene. Abilene loves Edward very much but Edward does not appreciate Abilene's love for him. Edward is thrown overboard by two bullies while travelling on a boat with Abilene. He sinks all the way to the ocean floor. After many months, he is caught in a net by a fisherman and begins to get attached to his new owner. However, his stay does not last long. He begins a journey where he gets separated from each new owner, including a trashman, a hobo, and a sick girl. Along the way, Edward learns the lessons of love and loss. If you want to know more about Edward and his journey, check out the book at the Peters library. 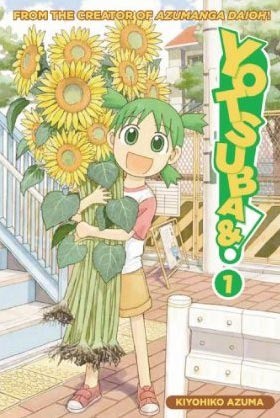 I think Yotsuba&! by Kiyohiko Azuma is a great book. This book is about a green haired girl going on adventures with her friends. When I first read this book I really loved it but when I noticed Mrs. Lampi didn't have the rest of the series I wasn't so happy. If you ever want to read this book you should go to the library and get the first series, then if you want to read more of it you can go to Amazon and search forYotsuba&!. I hope you look forward to reading Yotsuba&!. 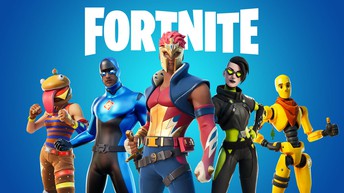 Npc’s are people around the map. They can also upgrade your weapons and if you click on them they can give you animal bones mechanical parts.

If you hit cars with your pick axes, you can get mechanical parts and if you kill animals you can get animal bones to upgrade your weapons.

There are many seasons to explore so get on and play. You can play on XBox, PS4, Switch, and more.

How to Draw Anime 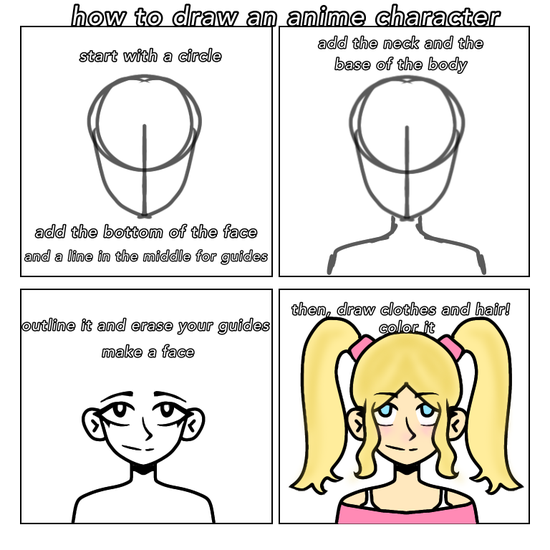 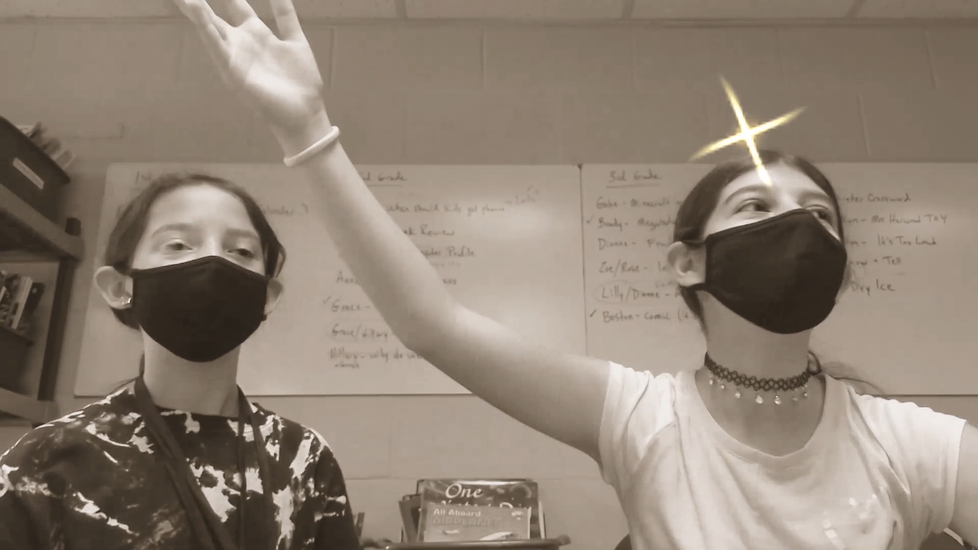 Follow Tracy Weese
Contact Tracy Weese
Embed code is for website/blog and not email. To embed your newsletter in a Mass Notification System, click HERE to see how or reach out to support@smore.com
close