Christianity is one of the main monotheistic religions in the Middle East. It's followers are called Christians. Christians believe in the declaration of faith to God with Salvation, being forgiven of your sins against Jesus Christ, the son of God who died for the sake of man's sins. He rose again three days later and received eternal life in heaven. Christians also believe in baptism, which marks a Christian's entrance into church and the Holy Communion, where people share bread and wine to remember Jesus's Last Supper (His last meal with his followers before he was crucified. Christians worship in a church. Every church has a worship leader which can go under titles such as minister, preacher, priest, and pastor. The church hierarchy consists of the bishop, cardinal, and pope. The Christian holy book is called the Holy Bible which includes the old testament, which talks about God, how He should be worshiped, and commandments which talk about how you should live and treat others. It also includes the Gospel, which tells the story of Jesus's life. Christians celebrate two major holidays : Christmas and Easter. Christmas celebrates the birth of Jesus and Easter celebrates the sacrifice and resurrection of Jesus. The holy sites of Christianity are the Church of the Holy Sepulchre (where Jesus was crucified) and Bethlehem (the site of Jesus's birth).

The church is the site of where Christians worship.

The Pope is the leader of Christianity.

The Cross is the symbol of Christianity and is the object in which Jesus was sacrificed. 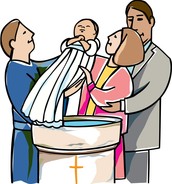 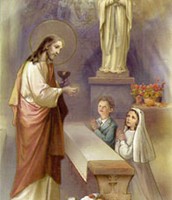 The Holy Bible is the holy book for Christianity. It includes the Old Testament and the Gospel.

Jerusalem is one of the holy cities in Christianity. It is an important city to Islam and Judaism as well.

Bethlehem is the site of Jesus Christ's birth.

Church of the Holy Sepulchre

The Church of the Holy Sepulchre is one of the holiest churches in Christianity. It is the site of Jesus's crucifixion.
Silent Night (with lyrics)