We are excited to announce that our Marigold 2020-21 yearbook is on sale NOW. The cost is $20 per book. We know that the usual school events may not be happening, BUT we will be loading every inch of this book with a reflection of what IS happening this year. Especially because it is going to be so different - it is more important than ever to capture this history on our pages. We will only be selling it online, so pre-order your yearbook today! Use the link below. Enter school # 19232. Enter your child's last name to find them in the system.

Yearbooks will be distributed at the end of May.

Marigold is having a fun family movie night and fundraiser at the Meriam Park Drive In on Friday, April 23rd, to watch the movie “The Croods.” Located off of 20th Street with the entrance on Springfield, the movie starts at 8:15pm, with doors opening at 7pm. A portion of every ticket will go back to our school as well as 25% of concession sales! They sell the usual popcorn and candy as well as hot dogs and nachos, and even hot chocolate, coffee, and beverages for adults. So, let’s support the MP Drive In, and in turn, they will support us!

To buy your ticket, go to: www.meriampark.com/drivein

Tickets are on sale now and are NOT sold at the door. 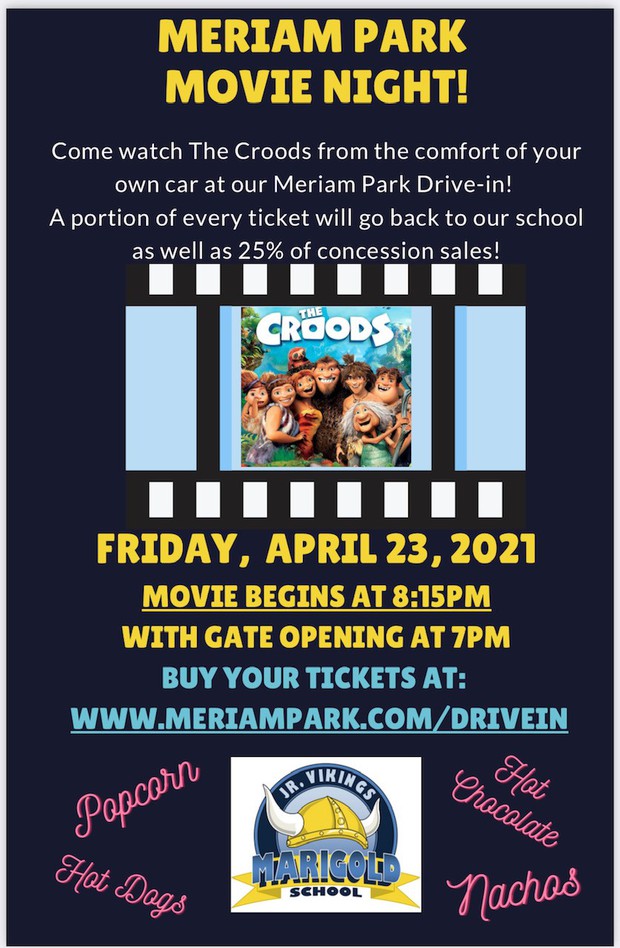 Our Marigold School Parent Teacher Association (PTA) has worked with an outside vendor for families to have easy access to order Marigold spirit wear. If you are interested, please check it out.

teamlocker.squadlocker.com
Create and sell all of your custom sports team gear, in one spot, online, without the hassle. Never a setup fee. No minimum order. Free logo edits. 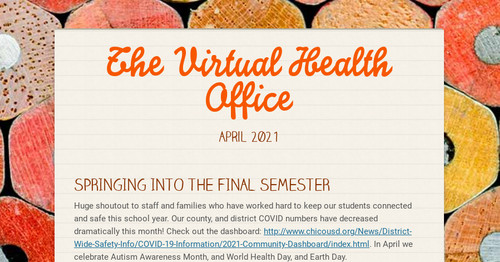 www.smore.com
The Virtual Health Office - April 2021 by melanie evans | This newsletter was created with Smore, an online tool for creating beautiful newsletters for educators, nonprofits, businesses and more 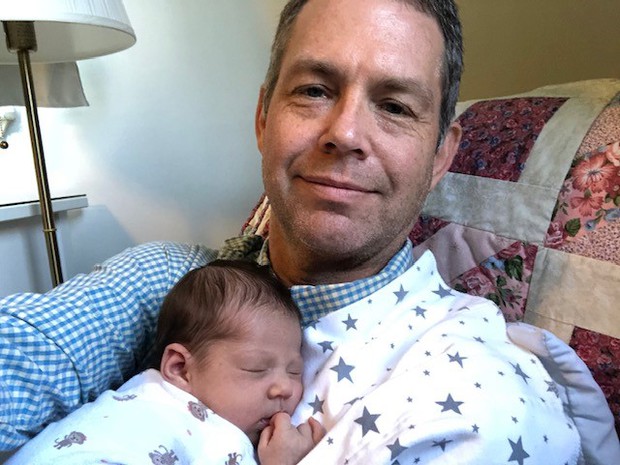 If you could trade places with anyone for a day, who would you choose?

If I could trade places with anyone for just one day, it would be an astronaut in the ISS. That could be so-freaking-awesome!

I haven't tasted any food that is too weird simply because when it comes to food, I am not very adventurous. I watch cooking shows and whenever they cook with something super strange, I'm thinking, why would anyone want to be eating that?

If you could only have three apps on your smartphone, which would you pick?

If my smartphone could only have three apps, then I would choose Strava for keeping track of my running, Instagram to stay in touch with my friends, and Starbucks mobile order.

Can you speak more than one language?

Which historical figure would you most like to meet?

Regarding a historical figure I'd like to meet, wow, so many to choose. One of my top choices would be Roald Dahl. I read nearly all of his books when I was in elementary school, and I've always been fascinated by his stories. Of course, other authors I'd love to have met are J.R.R. Tolkien, C.S. Lewis, Aldus Huxley, Michael Crichton, just to name a few.

When you were a kid, what did you want to be when you grew up?

When I was a kid I didn't know what I wanted to be when I grew up, but when I was an early teenaged kid, I wanted to be a computer programmer and got started on my journey with a Texas Instruments TI-99/4A computer, complete with a whopping 16k of RAM, and a black and white 12-inch TV to use as a monitor. A decent set up for a 13 year-old back in 1982.

What show are you currently binge-watching?

I don't ever "binge-watch" shows, but I do like to watch an entire series. I'm currently watching all of the Harry Potter movies, since I recently finished reading all of the books. I think the movies are fun and entertaining, but reading the books was much more enjoyable.

What are your pet's names?

My wife has pets, and I live with them, so I guess that's as close as I get to having pets. They are cats, three pairs of siblings (yes, that's six total!!). Milo and Mercy are six years old, Hope and Hobbes just turned one, Hezzi and Holly are about six months old.

Do you have any hidden talents or hobbies?

I'm always interested in learning new things and some of those become hobbies. Probably the hobby (if you can call it that) I have spent the most time pursuing is running. I started running 11 years ago and enjoy exploring the trails in upper park, especially in the spring when everything is turning green and the flowers are popping up everywhere.

What's the best concert you've been to?

I haven't been to a lot of concerts, but the best concert I've been to was three years ago in New York City. The band Third Day was having a farewell tour and my daughter wanted the two of us to see it. I picked the NYC destination so that we could spend a few days there, see a few shows, and see the concert. A huge bonus was getting in touch with Phil Morgan who was able to get us into a backstage meet and greet with the band.

What was your first paying job?

I was a lifeguard and swim lesson teacher in Humboldt County every summer in high school and college. The temperature is usually in the 60s and the pool I worked at was outdoors, so it was a chilly job most of the time.

What is the best concert you've been to? First concert?

My first concert was Kenny Chesney when I was 13. The best concert I've been to was seeing Rascal Flatts with my best friend. We were randomly chosen to move up to the front row and we got to meet the band Gloriana. I've been to a lot of concerts I've loved, but that was especially exciting!

What show are you currently binge watching?

Aladin - on repeat, it is my 2 year old's current fave.

What is your favorite season?

Summer!! I love being outside, camping, hiking and fishing. I also get to spend a week with my extended family (shout out to Ms. Sigler) in Tahoe over the summer and I always look forward to that.

What is the weirdest food you've ever eaten?

One time when we were young my cousin beat a couple of raw eggs in a drinking glass and told me it was orange juice so I drank it. That did not end well for either of us!

Are you an early bird or a night owl?

Neither really, but I do love a good nap.

What is the best place you've traveled? Top destination on your must-visit list?

The best place I've traveled is Bali, Indonesia. I got to experience some once in a lifetime things and Bali has an amazing culture. I have many top destinations on my must-visit list, but next I think I'd like to go to Belize. I love to travel and experience new places.

Do you have any hidden talents or hobbies?

I was a competitive cheerleader, so I can do back tucks and layouts.

Parents should register their children at the school serving their residence area (proof of residence is required).

You must begin the registration process online at www.marigold.chicousd.org.

Look for the tab 'Enroll a Student'. Follow all directions on enrollment page.

The following are required to register a child: (1) proof of date of birth (birth certificate, baptismal certificate, or other legal proof), (2) two forms verifying proof of residency, and (3) written immunization record from a physician, nurse or health department. Children must be immunized for MMR, polio, TDaP, Hep B and Varicella prior to school entry. Students missing immunizations will not be able to start school until we receive these records.

Please note that Form 10 School of Choice applications will be available December 7, 2020, with a deadline to submit by January 22, 2021, for first priority placement opportunities. You must still register at your resident school prior to submitting a Form 10.

forms.gle
Embed code is for website/blog and not email. To embed your newsletter in a Mass Notification System, click HERE to see how or reach out to support@smore.com