linda is using Smore newsletters to spread the word online.

Get email updates from linda:

What is a Volcano ?

How is magma turned into lava?

Magma that reaches the surface is called lava .At first ,it's runny and red hot .It cools down in the air and turns into hard black rock. That is how magma is tuned into lava. 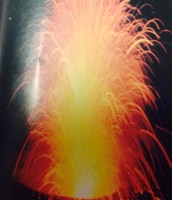 There are 20 volcanoes erupting right now!

The most distant point from the center of the Earth is a volcano . 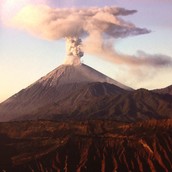 The sound of an volcanic eruption can be quiet and hissing or explosive and booming. 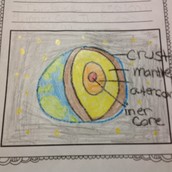 Do You Want to know how Volcanos are formed ?

Volcano are vents in the Earths crust that releases magma,rock fragments,gas,to the surface.Hot gas ,melted rock and bits of rock below out of a hole in the earth. The rock cool and piles up around the hole . This forms a volcano .Also a volcano is a landforms that forms .

Can we Predict when a Volcano will erupt ?

No one knows when a Volcano erupt intill it does . One reason may be because it is a fast moving natural disaster.Something you can use is a gas mask because ash can drown you as it mixes with your saliva . Use a pair of goggles to keep you from going blind.

Parts of a Volcano

At the top of a volcano is a hollow called a crater . It is the vent where lava and molton rocks comes out . When hot rock and ash shoots high in the air it forms a cone shaped mountain . The magma chamber that builds up pressure .A volcano pipe is a channel that allows molton matireal to travel up and out of a volcano.

Parts of a Volcano

linda is using Smore newsletters to spread the word online.