Night of the twisters

Night of the twisters

The first problem is that Arthur and Dan are home alone with Ryan.While a tornado hits.the solution is they take cover.

The second problem is that Ryan is stuck in his mobile.The solution is Dan takes the whole mobile down to the basement and untangles him.

The third problem is they get stuck in the basement.The solution is that Stacey finds them. 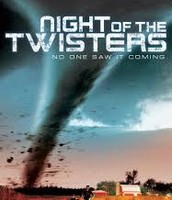 The book that gave me this project.

Happened when they were in there house.

Happened when they were in the car. 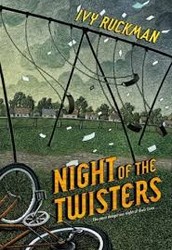 The summary of night of the twisters.Is in grand island Nebraska there are 2 boys. Named Dan and Arthur. They were playing at Dan's house. When they were watching TV on top of the TV said Cd!Cd!. They had a neighbor who could not here very well. She needs hearing adds. Dan's worried mom goes and check on here to make sure they are on. She leaves Dan, Arthur and baby Ryan home alone. The drain was making weird sounds and the Siren's were going on and off. At that point Dan ran upstairs and got Ryan but Ryan was stuck in his mobile. Dan got him untangled and they went to the basement .Arthur was so scared he threw up. After a hour of yelling help Stacey found them. They were Running looking for Mrs hatch. They had found her and were so happy everyone was fine. Mrs hatch did not find miss smiley They wanted to go find her Mrs hatch to go to k-mart they went and found here sleeping in her basement. They dropped her off and were waiting for the next bus. But instead they got a ride from officer Kelly. On the way there they had another tornado. It broke the glass of the officer Kelly's car. The glass got in officer Kelly's eyes. So Dan had drive till they got to Headquarters. All they had for dinner was crackers and 7 up. Dan's mom dad and brother were OK. For the next year Dan and his family got a 2nd cat. All they had to drink was soda. They lived with there grandparent till there house got rebuilt.

Night of the twisters took place in Grand Island Nebraska on June 4 1980. The state bird is the western meadowlark. The capital is Lincoln. A major River is the Missouri River.

A fun fact is that this story is true. There actuality was a tornado that happened it was very damaging .