Tavia is using Smore newsletters to spread the word online.

Get email updates from Tavia: 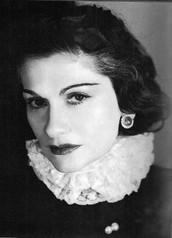 Who was Coco Chanel?

Gabrielle "Coco" Chanel was born on August 19, 1883. She was born in a poor house in France. She lived there with her two brothers, her mom, and her dad until her mother died, then her dad abandoned Gabrielle "Coco" and her two brothers. She was then sent to live with nuns, and her two brothers were sent to a farm to work as unpaid child labors. When Gabrielle was old enough, she went to work at a local boutique called The House of Grampayre. She worked there as a seamstress and a shop assistant. She became very skilled with needlework and eventually, costumers came directly to her for their alterations. Chanel began going to a cafe called La Rotonde, where amateurs were invited to sing. Chanel sang a song of a poor little girl losing her dog named Coco, so people began to start calling her Coco, which is where she got her name. Chanel met her husband Etienne Balsan, a wealthy french man. He was involved with a wealthy social group that bought Chanel's hats that she had began to make, when women showed up in Chanel's hats, the news and tabloid caught attention to it. Chanel then began to broaden her business and began making clothes, when devastatingly, her husband dies in an automobile accident. But she continued making clothes. She opened her first business in 1909. She eventually met a nazi soldier and that made not only her business go down, but she was no longer favored by the public eye. Chanel never married, or had any children. She continued her residence at 21 rue cambon for the remainder of her life, and on January 10, 1971, Chanel died at the Ritz at the age of 87. Her styles were life changing for the women in the 1920's.

Coco Chanel had a big impact on the 1920's. She completely changed the fashion and lifestyle for women. She brought attention to simplicity and comfort in women's clothing. Her products are still bought today. 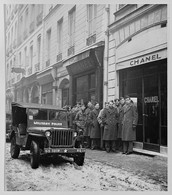 Chanel's first boutique that she opened in Paris. 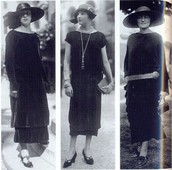 Chanel's creation of the little black dress.
Coco - Inside CHANEL

What did Coco Chanel say happened to her father?

Tavia is using Smore newsletters to spread the word online.