William Bentley grew up on a farm and did not attend school until the age of fourteen. His mother taught him at home before this. She helped him grow his love of learning. William wanted to learn so much that he even read an entire encyclopedia. At age fifteen William's mother gave him a microscope. He was totally obsessed with looking at various items under the microscope. He became very interested impossible to take pictures of items with a microscope very much wanted to take pictures of ice crystals with his microscope. His father did not want to buy him the camera that worked with the microscope, but he did. William was the first person to ever take a photo of an ice crystal. This was a great accomplishment. William had devoted over a year of his life to taking this photo. He never gave up and it finally worked. He spent the next thirteen years, taking over 400 photos of ice crystals. William Bentley eventually became known as the snowflake Man. He spent forty years of his life patiently studying ice crystals and his photomicrographs have been preserved because of their importance. 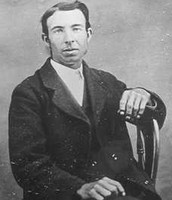