Heaven is using Smore newsletters to spread the word online.

Get email updates from Heaven:

1.Hydroelectric power comes from the potential energy of dammed water driving a water turbine and generator.

2.The Equipment needed to collect energy from Solar Power Is a Turbine,and Generator

3.Hydropower does not pollute the water or the air. However, hydropower facilities can have large environmental impacts by changing the environment and affecting land use, homes, and natural habitats in the dam area. 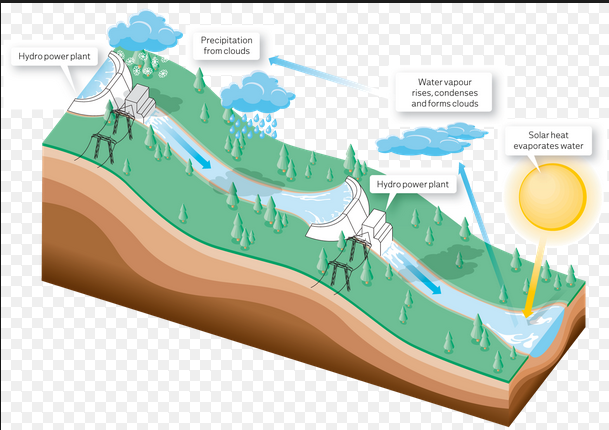 1.Norway is located in Europe they had benefited from hydropower.

2.The Weather in Norway Is mostly sunny,and has only a little rain each month.

3.The top five EU countries in terms of hydropower share in the total electricity mix are Norway, Sweden, France, Italy and Austria. 95% of Norway's net electricity production is hydropower.

Moving water is a powerful entity responsible for lighting entire cities,even countries.Thousands of years ago the Greeks used water wheels,which picked up water in buckets around a wheel.The water’s weight caused the wheel to turn,converting kinetic energy Into mechanical energy for grinding grain and pumping water.In the 1800s the water wheel was often used to power machines such as timber-cutting saws In European andAmerican factories.More Importantly,people realized that the force of water falling from a heigth would turn a turbine connected to a generator to produce electricity.Niagra Falls,a natural waterfall,powered the first hydroelectic plant in1879.

Heaven is using Smore newsletters to spread the word online.