Death Over Dessert with Rabbi Baum

Join Rabbi Baum as we continue this educational series!

Death Over Dessert with Rabbi Baum

Join Rabbi Baum as we continue this educational series!

Why the dinner table? We have found that the dinner table is one of the most forgiving places for difficult conversations. The ritual of breaking bread slows us down. It creates warmth and connection, and puts us in touch with our humanity.

During this series, we will speak frankly and soulfully about death. We will have this vital conversation before it is too late. The course will be geared around the questions and concerns that the class has about death and dying.

March 3 - Life After Death - Jewish Views of the Afterlife -

During this session, Rabbi Baum will introduce different Jewish views of the afterlife and the lessons we can bring to our own lives today.

Register for Death Over Dessert 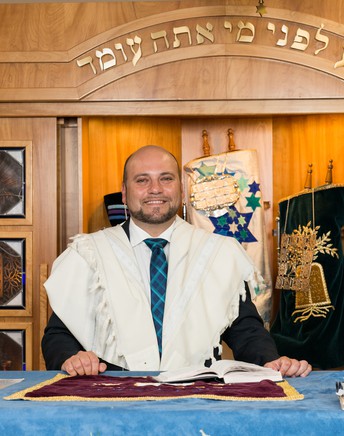 Rabbi David Baum is the first full-time rabbi/spiritual leader of Congregation Shaarei Kodesh in West Boca Raton. He was ordained by JTS in 2009 where he also received an MA in Jewish education. While in rabbinical school, David gained valuable and diverse experiences ranging from congregational work in the Northeast and South, to Hillel and organizational work, to social justice and community organizing. David is immediate past president of the Southeast Region of the Rabbinical Assembly, and a member of the Rabbinical Assembly’s Social Justice Commission. He is also immediate past president of the Palm Beach Board of Rabbis, serves on the Levis JCC Board of Directors, and is an active member of the Boca Raton Interfaith Clergy Association.
rabbidavidbaum.blogspot.com
Paste in your blog/website to embed.