Summer Workshops 2017 - This is to all the WORLD CHANGERS! 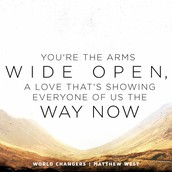 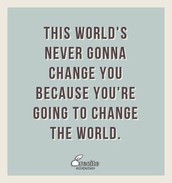 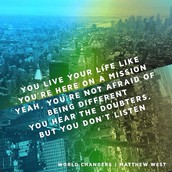 See what our delegates are saying about their summer workshops experiences below! 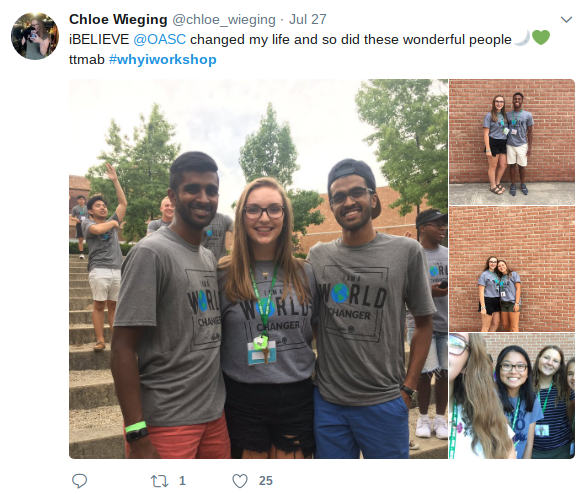 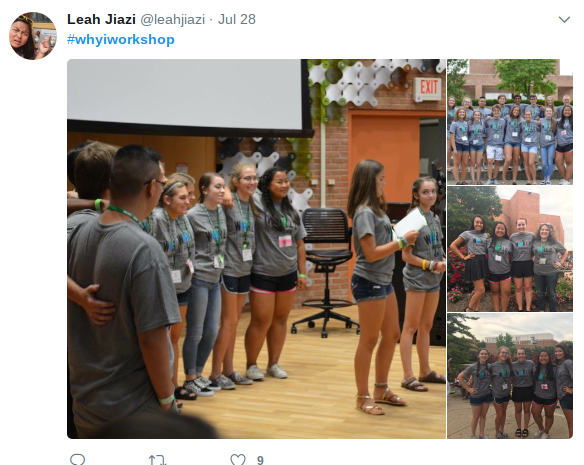 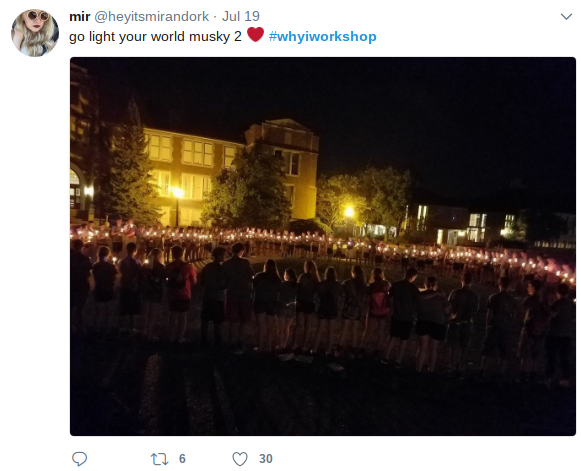 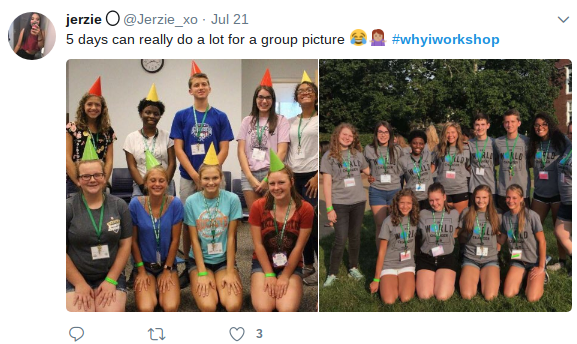 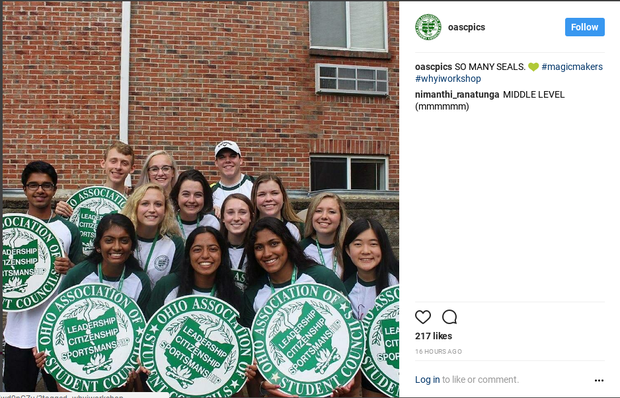 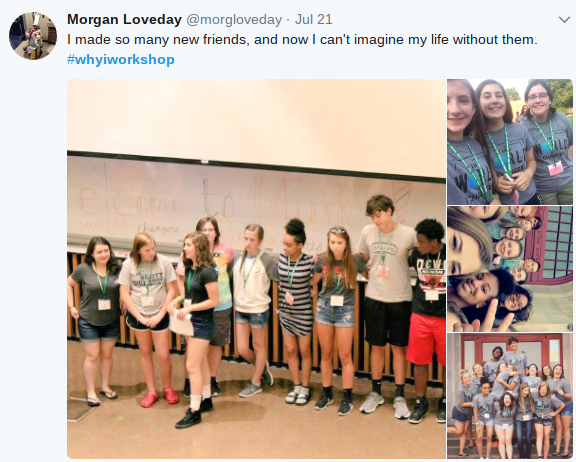 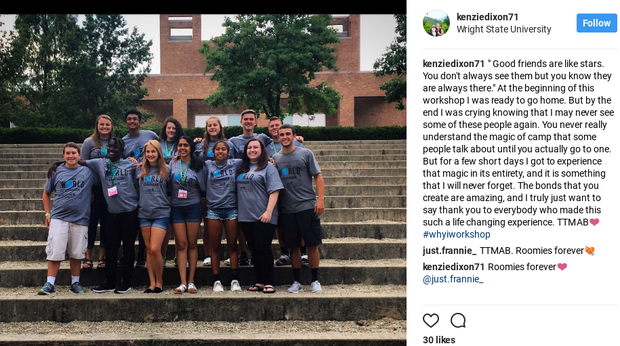 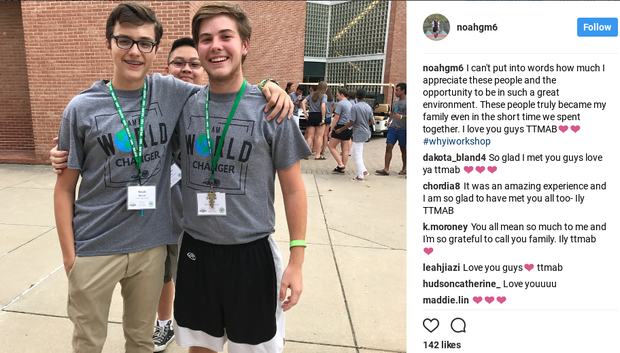 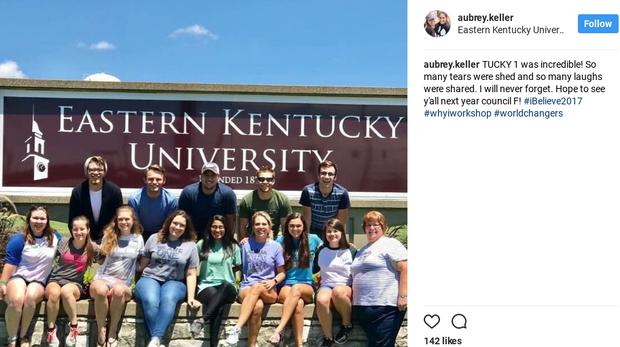 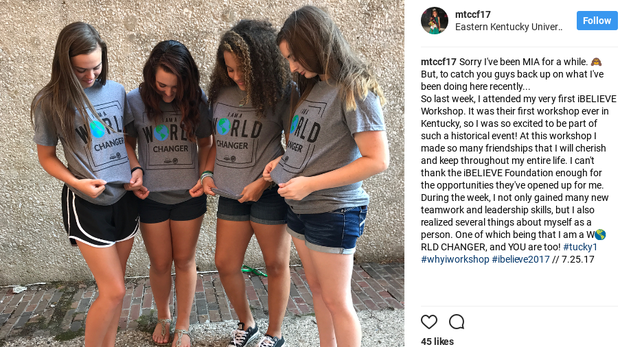 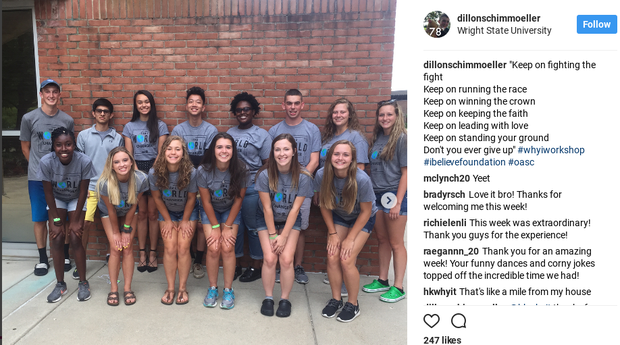 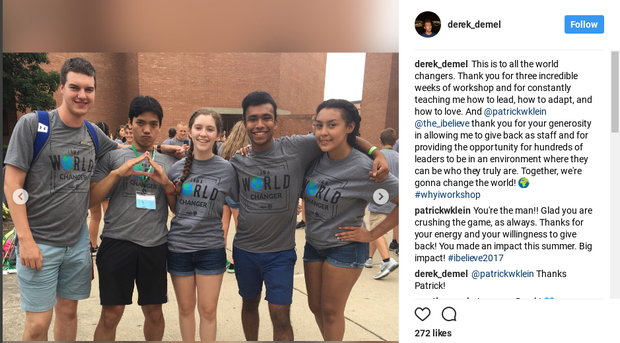 The OASC Executive Board met in Columbus, Ohio from August 7-9. The first item of business was to move both storage units currently located in Dayton, Ohio to Columbus. After a long 7 hours of loading and unloading, all of OASC's materials are successfully located in Ohio's capital city!

On day two, the first order of official business needed to take place. After 25 years, it has been an extreme honor, privilege, and pleasure for Connie Miley to serve as the Middle Level Coordinator for the Ohio Association of Student Councils. As her full time professional career continues to grow, Connie has decided to pass the torch of the middle level program to someone who has the time and love for the program that it deserves. By the support and good will of the Executive Board, Connie will continue to serve as OASC's Executive Director and she remains as passionate about OASC as ever!

The board unanimously voted to approve the hiring of 2 new Middle Level Coordinators, Anthony Paletta and Krysten Bonacci. Anthony and Krysten are very excited to be taking the reigns of the Middle Level Program, and will start in their official roles on January 1st. Until then, they will be working closely with Connie Miley to learn the ropes of the position. Read more about Krysten and Anthony later in this newsletter to become more familiar with OASC's newest coordinators!

Lastly, on day 3 the Executive Board heard summer summaries from each board member, and an overall summer programming update from Connie and Kaitlin. Thanks to all delegates who attended our summer workshops - you are world changers! 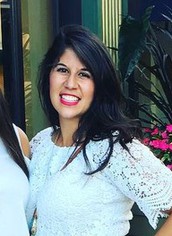 Krysten grew up in Bath, Ohio and was a proud Student Council member at Revere Locals Schools—which is how she first became involved in OASC back in 2003. She attended both the Middle Level and Senior High Programs as a delegate and served as a Middle Level staff member throughout high school. She adored her time in OASC and was extra grateful that she could share her experiences with some of the people she loves the most—her three younger siblings. Krysten cherishes this organization for providing a plethora of meaningful experiences and irreplaceable friendships throughout the years–all of which have helped shape her into who she is today.

Krysten is now back in her hometown after spending 4 years teaching out-of-state. Here in Ohio, Krysten spends her days teaching Spanish at Garfield High School in Akron Public Schools. [Fun fact: When Krysten isn't teaching, she loves to travel (especially internationally), and she also have a love for food—so she's constantly seeking new food spots wherever she goes!] Since Krysten moved back home, it has been such a pleasure for her to be able to come back to this organization and watch as new delegates attend OASC programming and our current staff continue to spread the magic.

When Connie asked Krysten last summer to serve as Director for the week for the Middle Level Workshop at Wright State, she never imagined that could evolve into her stepping into this role a little over a year later. Krysten is beyond honored and excited to take on this new adventure with Anthony as her partner crime. [Fun fact: Anthony and Krysten served on staff together back in high school, and she cannot wait to see where this journey takes the together now!] Krysten can only hope that she and Anthony can continue the legacy Connie has built with the Middle Level Program. They want to see this program continue to grow and develop in ways that will benefit the future of our organization, and of course, the middle level delegates. 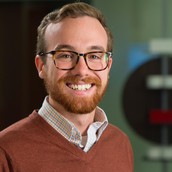 Anthony Paletta is originally from Parma, Ohio and a graduate of Parma City Schools and Baldwin Wallace University. Anthony first was introduced to OASC in 2002 when going to his first Fall Retreat at Camp Y-Noah and Summer Workshop at Bluffton College. Since then Anthony has attended the ML and SH program and staffed ML. OASC has made him who he is today. He is very grateful for his experiences and friendships he has made over the many years with the program.

Since graduating college Anthony has worked in the field of marketing, business and technology. He moved about 5 years ago to Columbus and lives with his wife, Melissa and his crazy dog Gordon. This Fall, Anthony followed his dream and quit his corporate job to be a high school U.S. HIstory teacher at Whitehall High School. Outside of work, Anthony and his wife love backpacking, hiking, running, home renovations and traveling.

Anthony is very excited about the opportunity to be a co-coordinator of the middle level program with Krysten. This is a once in a lifetime opportunity and OASC means so much to him. Krysten and Anthony will work together to support each and every one in the organization and do whatever it takes to continue and grow the organization. Connie is one of Anthony's biggest role models in his life and is appreciative for the love and support she has given him through the years. He can't wait to get started!

Do you have a great advisor or administrator?

Students can nominate their advisor for OASC's Advisor of the Year Award that is presented at State Conference in April. Advisors also have the opportunity to nominate an Administrator of the Year if you have tremendous support from an administrator in your school or district! Applications must be submitted by January 1st to be considered for this award at the 2018 State Conference! 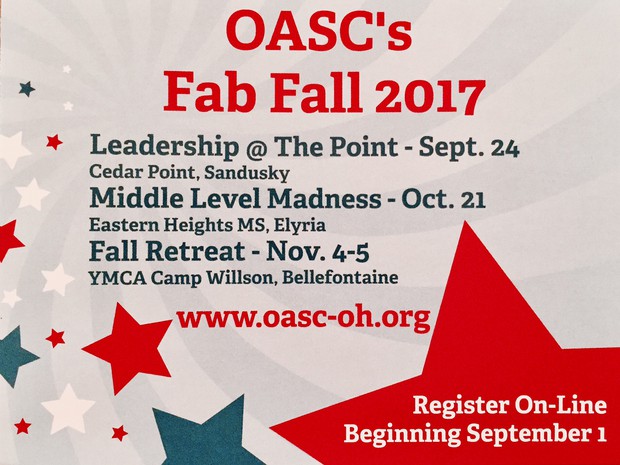 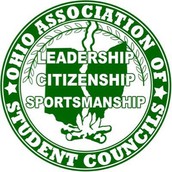