What was the Cold War?

The Cold War, according to History Channel, was the rivalry between the United States and the Soviet Union after the end of WWII and continuing into the second half of the twentieth century. Although it was not an actual physical war, it would go on to affect the entire world as the two countries went each other's governments: capitalism and communism. It officially began in 1945 as the two governmental ideals clashed after the defeat of Germany and Japan.

Characteristics of the Cold War

The Iron Curtain was the national barrier set by the Soviet Union, separating itself and half of the European countries from the West- the United States, Great Britain, and others. This barrier became known worldwide in 1946 as Winston Churchill gave his famous "Iron Curtain" speech, condemning the Soviets for their policies and actions in Eastern Europe.

Brinkmanship is the practice of pushing an already dangerous situation to the brink of disaster. This policy was the "technique of using aggressive risk-taking policy choices that court potential disaster" (Britannica). It began in 1950 to secure political advantage by appearing to be willing to follow through with dangerous policy. This policy revolved around fear tactics, such as the threat of starting a nuclear war. 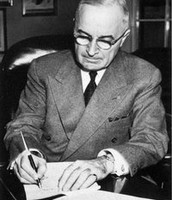 It was the policy that the United States should give support to countries or people that were threatened by the Soviets; the goal was to stop communism from spreading any further than it already had. It was a very effective policy as it provided countries like Greece and Turkey with economic and military aid, promoting democracy at the same time. 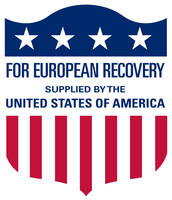 The Marshall Plan was an American initiative to aid Europe, where the United States gave 13 billion dollars to the European countries that needed to desperately rebuild their economies after the end of World War 2. The United States, although it was a grand amount of money, decided to support the European countries in order to prevent the Soviets from spreading their communist government. 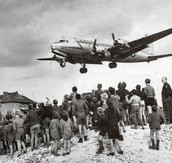 On June 26, 1948, U.S. and British aircraft flew to Berlin to provide food and supplies. During this time, the Soviet Union decided to blockade trade with the surrounding countries of West Berlin by blocking all roads, train tracks, and rivers and by threatening the captive citizens with starvation in order to have complete control over the city of Berlin. This just put a negative view on the Russians, becoming a good time for U.S. and British intervention with supplies for the city.

The Space Race grew out of the Cold War and was between the United States and the Soviet Union, which were the two most powerful nations at the time. These two superpowers competed for an establishment of either a democratic society or a socialist government. The race officially started on October 4, 1957 when the Soviets launched Sputnik I. In response, in 1961, President Kennedy announced the plan for the nation to be the first to have a man walk on the moon; this came true in 1969 with Neil Armstrong. Both countries used their technologies to show their superiority. Some of the vehicles that appeared during the Space race were Saturn V, R-7 Semyorka rocket, Juno I, and Explorer I.

NATO, or North Atlantic Treaty Organization, was created in 1949. It comprises of 12 countries who are all against the policy of aggression. Its main goals were to defend peace and "safeguard the freedom and security of its members through political and military means" (NATO). These Western European countries, along with the United States, worked as a collective group to go against the Soviet Union and its totalitarian communist government.

The Korean War was the first armed war of the Cold War. It began on June 25, 1950 with the invasion of democratic South Korea by communist North Korea to try and unite the North and South into one whole communist country. American troops fled into South Korea a month later, attempting to push North Korea troops back across the divider. China joined the North as American troops continued to support the South. However, American officials realized that a peace agreement needed to be made to avoid a bigger war, which would be made possible if the Soviet Union were to get involved. The war ended in 1953 with a treaty to ceasefire; Korea still remains divided today.

The Cuban Missile Crisis was a confrontation between the United States and the USSR in 1962, and it was the closest the world came to a nuclear war. When Fidel Castro asked for protection from the Soviet Union after the Bay of Pigs invasion, the USSR sent nuclear weapons to Cuba. However, on October 14, an American spy plane spotted nuclear missile sites being built by the Soviet Union, and the mission of removing the weapons without bringing upon another war began. A few days later, Kennedy announced a blockade on Cuba and called on the Soviet Union to remove its missiles from the country. On October 28, 1962, Khrushchev declared that he would dismantle the arms and return them to the Soviet Union. 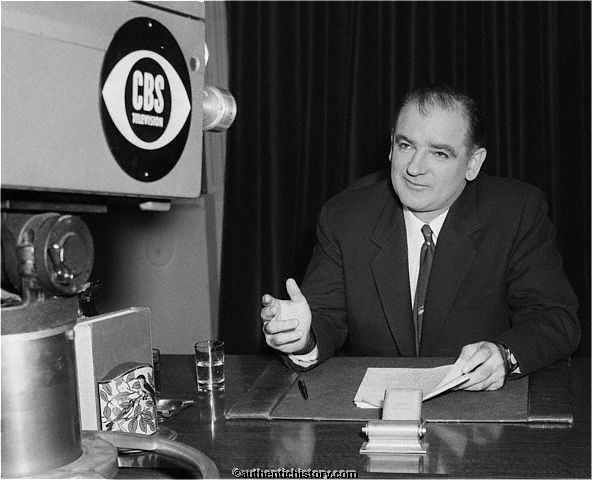 McCarthyism appeared when the Red Scare came around again for the second time. Paranoid officials began to accuse people that were suspicious of being communists. Named after the senator Joseph McCarthy, this term grew popular as more and more claims of Soviet espionage being present in the government arose. The HUAC, or House Un-American Activities Committee, was the committee sent out by the House of Representatives that was in charge of investigating people that were suspected of being communists. During this period, the McCarran Act was made, which established a more careful examination of potential immigrants and issued an immediate deportation of anyone part of any communist organization. Like the Salem Witch Trials, there were many innocent people that were arrested just for being suspicious and due to the pressure of the event, many random names were to be given.

The U-2 incident was a crisis in which the Union of the Soviet Republic shot down an American U-2 spy plane and managed to capture the pilot, Francis Gary Powers. Powers was sentenced to 10 years in prison, but was sent back to the United States in exchange for a Soviet spy that was captured in America. This event resulted in the cancellation of the Paris Summit, which was organized to discuss important matters including the situation in Germany, tension between the two superpowers, and the possibility of an arms control treaty (history.state.gov).

The Eisenhower Doctrine was created on January 5, 1957 by President Eisenhower that promised military/economic help to any Middle Eastern country that needed aid in resisting communist forces (Britannica). It supported countries that were anti-communist, which was an important decision in preventing the spread of communism. At the time, the Soviet Union was likely to move into Egypt; this doctrine helped stop the aggression from the communist USSR.

On April 17, 1961, 1400 Cuban exiles, backed by the United States CIA, invaded Cuba in hopes of overthrowing Fidel Castro and his government. The U.S. was aware of the relationship between the Soviet Union and Cuba, and did not want another country to be a potential threat to the nation. However, the invasion failed, and brigade prisoners were held in captivity for 20 months before they were released. Cubans became afraid of another invasion and thus formed a stronger alliance with the Soviet Union.