News has spread out that the Arthur Zimmerman sent a telegraph to mexico proposing that mexico should help Germany in the war. This will most certainly by angered by the telegram and will spark war with Germany and the U.S 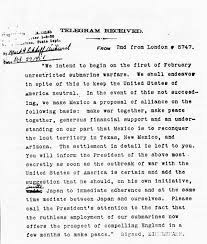 In the Germans attempt to stop aid from america to Britain, Germany announced that it would use its U-boats(submarines) to sink any boats leaving or entering British ports. President Wilson said it would hold Germany responsible for any american that died in submarine attacks. The Germans ignored their warning and ended up killing 128 american lives. To appease the Americans, they promised to warn ships before sinking them.

Poison gas was introduced into the front lines by Germans. the new technology was a devastating weapon, which could hurt or kill anyone who breathed it in. The Allied forced started to use the gas also, and gas mask were a necessary equipment for the soldiers. 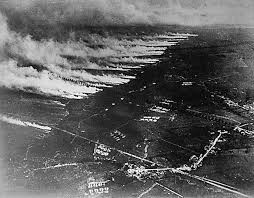 Edith Cavell has recently been helping British servicemen escape Belgium currently under German occupation. It has been estimated that she has rescued more than 200 soldiers. The Germans have put her on trail and have sentenced her to death. The U.S and Britain are trying to ease the punishment but they're attempts will not likely help. If she does get sentenced to death she will be hung on October 15