Sarahy is using Smore newsletters to spread the word online.

Get email updates from Sarahy:

Is your catastrophic event weather related, geologic in nature, and/or caused by humans?

It is caused by geologic in nature because its Earth related not human or weather. 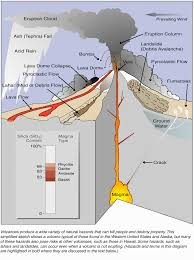 What are the main features of a volcano, how does it form? 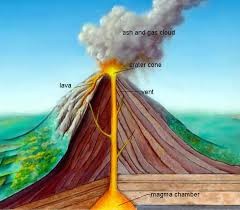 Where and when are volcanoes most likely occur?

Hot spot volcanoes occur in the middle of plate boundaries where magma exits from weakness. The Hawaiian Islands are an example of hot spot volcanoes. The most active area of volcanic activity occurs along the pacific plate boundary which is often referred to as the "Pacific ring of fire." 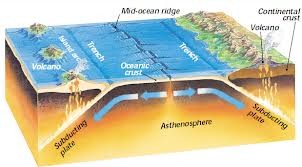 Some positive and negative impacts of a volcano has on the ecosystem? 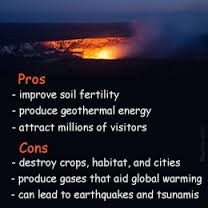 Do volcanoes change the surface of the land?

After a volcanic eruption has taken place, the extremely hot lava has been released will flow to the earth's surface upon it's landing. This change occurs, as when the lava cools, it sets upon the ground, consequently producing solid rock. This can make the earth's surface appear rough and uneven, but it also makes the land more fertile. During this eruption, many materials are released, such as cinder, pumice, and ash. Cinder is the release dark coloured pieces of ash; pumice is the bubbly, frothy rock that becomes hardened, and ash is the fine-grained particles. 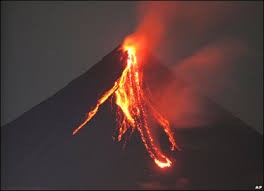 Sarahy is using Smore newsletters to spread the word online.

Follow Sarahy Gonzalez
Contact Sarahy Gonzalez
Embed code is for website/blog and not email. To embed your newsletter in a Mass Notification System, click HERE to see how or reach out to support@smore.com
close