Kurt’s life wasn't always unicorns and rainbows, he went through a lot of challenging times. Kurt had troubles with his family. All through his younger years of childhood, all he and his sister heard was their parents fighting. After a few years of arguing, his parents finally divorced. After they divorced, Kurt had to move in with his dad and his new girlfriend. About a year later, kurt’s dad remarried. Later, during Kurt’s teen years, he started to experiment with drugs and alcohol and he got into a lot of stress and being suicidal.

After Kurt got out of jail he and a few of his friends created this rock band called Nirvana in 1988. Nirvana got a bunch of music awards, one was a Grammy too! In total Nirvana created 3 total albums; Bleach (1989), Nevermind (1991) and Utero (1993). They're over 100 songs that Nirvana created. Some include:

Kurt’s family was kinda complicated because he didn't have both parents fully in his life. When Kurt Cobain was 25 years old, he married Courtney Love, later that same year they had a child, Frances Bean Cobain. Frances is 23 years old right now. He loved his family. Kurt had an interesting personality, he loved to listen to rock music, he loved to draw but he also liked to get in trouble. He constantly got into fights with his mom because of their divorce, his troubles got so bad that he went to jail for a few days for spray painting a building. 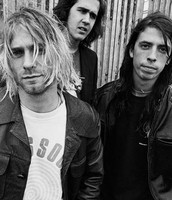 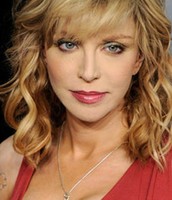