Love and sacrifice often go hand in hand with one another, which is shown in many ways in Allegiant. Besides the ongoing conflict in the story, Tris and Tobias's love is one of the main points of the book. Love is also one of the main reasons Tris is where she is. The Bureau told Tris's mother, Natalie, to join Erudite when she was old enough, but once she met Tris's father and they fell in love, she went against the Bureau to live the life they wanted. Natalie sacrificed the safety and trust of the Bureau just to be with who she loved and do what she thought was right. It is also shown when Tobias's mother chooses to have a relationship with her son instead of going to war with her ex-husband, even though she has been working her whole life to get back at him after he abused her and Tobias. She realizes that she can either get revenge on her ex-husband and live her life alone, or she can begin to move on and start to rebuild her relationship with Tobias. Tris's love for her brother is also a big part of the book. She absolutely hates her brother, Caleb, after he delivered her to her execution, but he is still her brother. In the end, even though she hasn't forgiven him for what he did, Tris ends up sacrificing her life for Caleb.

It seems like the entire book is built on lies and is about recovering the truth. In Allegiant, Tris finds out that pretty much her entire life and what she knows has been a lie. She realizes that there are more people and cities outside the fence of Chicago. She also finds out that being Divergent isn't bad like everyone told her it was, it actually means she is ¨genetically pure¨. Now she has to reconstruct all her knowledge and figure out what are lies and what is the truth, all because of the government has lied to her for her whole life. Also in the story, Tris and Tobias constantly lie to each other (or just don't tell each other the truth) in order to protect the other, but they always end up finding out the truth one way or another, which usually leads to a fight. Throughout the entire book, they continue to not share everything that happens to them or what they learn with each other, even after they promised each they were going to be completely honest with one another. Tris also lies to David, who is the head of the Bureau, and says she will train under him to be his successor. She really is just trying to get on the inside and get more information in order to eventually kill him. Tris wants to kill David because he is the one who gave the Erudite the simulation to use that ultimately led to hundreds of Abnegation deaths. Lying to David to gain his trust is one of the many things that eventually led to Tris's death.

How the themes relate

In the book, love, sacrifice, and lying are seen together in many places. Tobias and Tris lie often to protect each other because they love each other. They think they are doing the right thing by not telling the truth, but it usually comes back to hurt them. Once they figure out the other person has lied to them, they get angry and feel hurt almost to the point of breaking up, but realize that their love is too strong to just give up on. 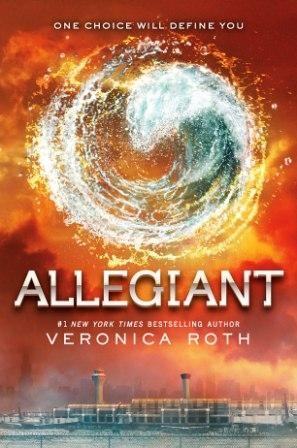