Luz is using Smore newsletters to spread the word online.

Get email updates from Luz:

The Renaissance is one of the most interesting and disputed periods of European history. Many scholars see it as a unique time with characteristics all its own. A second group views the Renaissance as the first two to three centuries of a larger era in European history usually called early modern Europe, which began in the late fifteenth century and ended on the eve of the French Revolution.

Humanism was the defining intellectual movement of the Renaissance. It was based on the belief that the literary, scientific, and philosophical works of ancient Greece and Rome provided the best guides for learning and living. And humanists believed that the New Testament and early Christian authors offered the best spiritual advice. 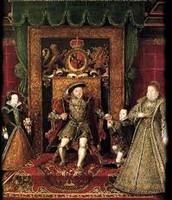 Luz is using Smore newsletters to spread the word online.