cara is using Smore newsletters to spread the word online.

Get email updates from cara:

Libertarians believe in the American heritage of liberty, enterprise, and personal responsibility. Libertarians recognize the responsibility we all share to preserve this precious heritage for our children and grandchildren. The Libertarian way is a logically consistent approach to politics based on the moral principle of self-ownership. Each individual has the right to control his or her own body, action, speech, and property. Government's only role is to help individuals defend themselves from force and fraud.
Some famous libertarians are Milton Friedman, Ron Paul, and Howard Stern. Respectively an economist, a former Congressman, and a media personality.

Milton Friedman was an American economist, statistician and writer who taught at the University of Chicago for more than three decades. Ronald Ernest "Ron" Paul is an American physician, author, and former Republican congressman, two-time Republican presidential candidate, and the presidential nominee of the Libertarian Party in the 1988 U.S. Presidential Election. Howard Allan Stern is an American radio and television personality, producer, author, actor, and photographer. He is best known for his radio show, which was nationally syndicated from 1986 to 2005. 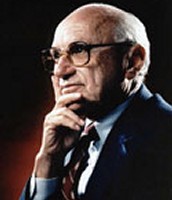 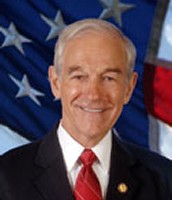 cara is using Smore newsletters to spread the word online.