Marlene is using Smore newsletters to spread the word online.

Capone was born to Teresina and Gabriel Capone on January 17, 1899, in Brooklyn New York. He had eight siblings in total. He had six brothers and 2 sisters. His parents were immigrants from Italy that came to America for a better life in 1893. His schooling and education wasn't very good. At age fourteen, he lost his temper and slapped his female teacher. Afterwards he was beaten by the school principal and was expelled. After that he never returned to school. 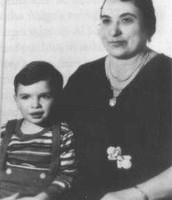 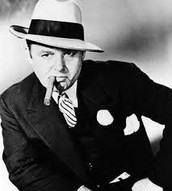 Al Capone as a baby

The Valentine's Day Massacre was one of the bloodiest days in mob history where seven men were killed. The seven people that died were members of Bugs Moran's gang. A bootlegger loyal to Capone would draw Moran and his gang to a warehouse under the pretense that they would be receiving a shipment of smuggled whiskey for a price the proved too good to be true. It also proved to be the last confrontation for Capone and Moran. 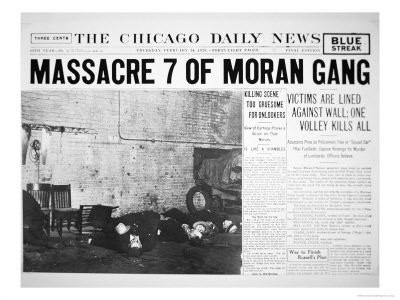 Al Capone first went to the Eastern state penitentiary for carrying a concealed weapon. He stayed in there for eight months.While he was there he turned his cell into a luxury with oriental rugs, fine furniture and a cabinet radio. After five years of work they finally found a money trail that lead from the ledgers back to Capone. He owed $215,080.48 worth of tax. Capone tried to plea-bargain, but that didn't work. Then he bribed the jury, but the Judge switched jurors at the last minute. Capone received a harsh sentence of eleven years, much of which was spent at Alcatraz. 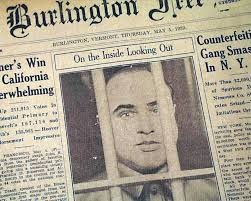 Capone slept with a lot prostitutes and got sick from Syphilis. He started suffering the effects so they released him from prison in November, 1939. Then he returned to his Florida home in March, 1940. At the age of 48, Capone died from the effects of Syphilis on January 25, 1947 in Palm Island, Miami Beach, Florida. He was then returned to Chicago Illinois for burial and was buried in Mount Carmel Cemetery, Proviso Township, IL. 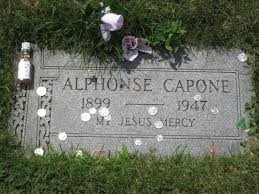 Marlene is using Smore newsletters to spread the word online.