As we approach Spring Break, we would like to wish you all a restful holiday and a blessed month of Ramadan. Enjoy reading the announcements that are included in this monthly newsletter. When we return on April 11th, we will continue to follow the below schedule. 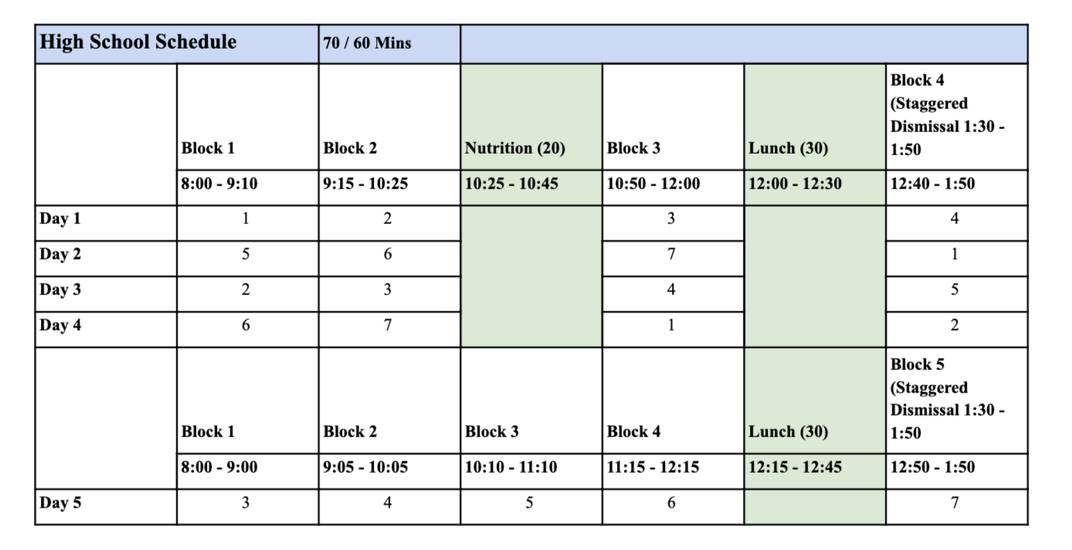 Note: The April 25th national holiday may be on Sunday, 25th or Thursday, 29th. We will update you in the coming weeks. 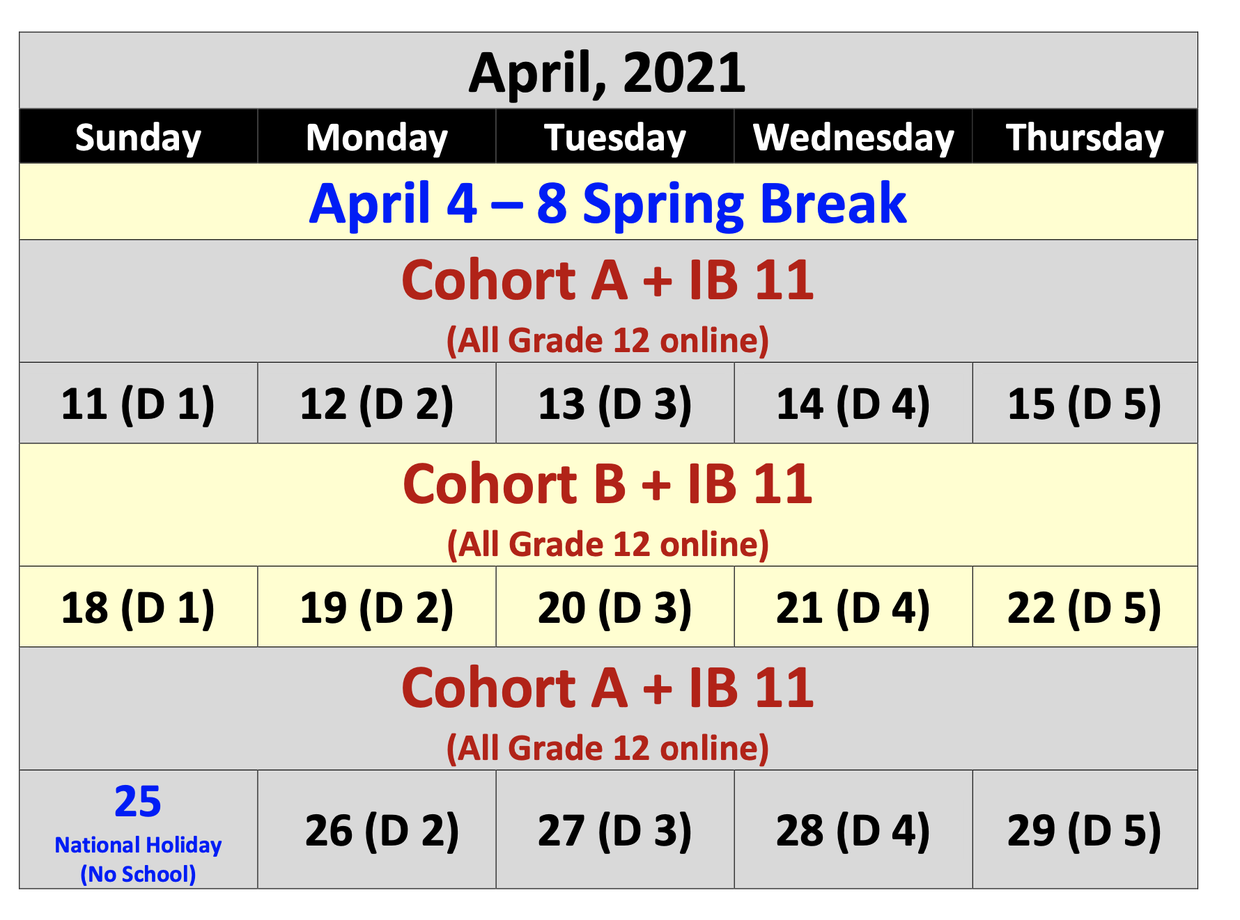 Congratulations to the AIS West students who participated in the MUN Conference. Ibrahim Labib was awarded at the Domestic Affairs special conference. Malak Abdelfattah was the delegation of Japan in the General Assembly. 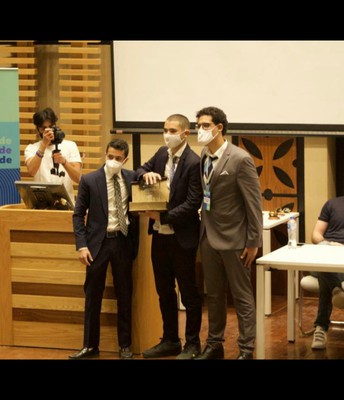 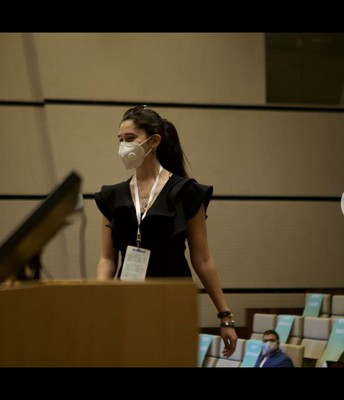 Each month we recognize a student and teacher who exceptionally demonstrate an IB Learner Profile attribute. For March we have recognized the "Risk Taker" attribute.

Risk takers approach uncertainty with forethought and determination; they work independently and cooperatively to explore new ideas and innovative strategies. They are resourceful and resilient in the face of challenges and change.

Student of the Month: Ziad Elbanany

"Ziad is constantly choosing to explore new angles and avenues on his own that are outside the box. He researches how to try innovative strategies and sometimes goes out on a limb to challenge classmates’ ideas and open new conversations about potentially controversial topics."

“Matt is constantly pushing both the students and the staff to take risks by thinking outside the box. He brings fresh and much needed ideas and perspectives into his classroom, and I’m certain his passion influences his students to be life-long learners. I certainly know he has had that effect on me.”

“He thinks of interesting lesson plans and works well under pressure. He is open to new ideas and strategies. He's a great teacher.” 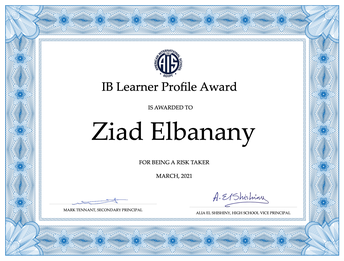 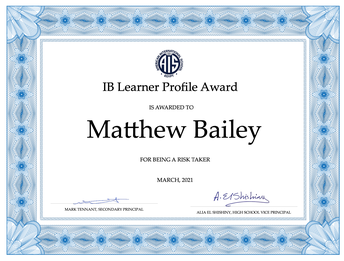 Message From the Counselor

In today's society, the internet can be a valuable asset and educational tool, as well as a dangerous attraction and lethal weapon. Many teens are turning to social networking sites such as Facebook, Instagram, Twitter and Tik Tok to make friends and connections. An unfortunate reality is that potential predators can also sign up and chat with your kids.

There was a US TV series "To Catch A Predator," that showed that many teens are prayed upon by adults which can lead to trouble for all involved. This happened just last week at a school in Florida where I was a school board member, A 13 year old girl was lured through the internet to meet (she thought he was another young teenager) but it turned out to be a 22 year old man who abducted her. Luckily she was found unhurt later in another city where she was taken against her will.

Blogging and social networking are many teens' ways of communicating which can be entertaining and fun; yet, if the teens are not careful, it can be unsafe.

* Your teen suffers from anxiety. They may use the internet to distract themselves from worry and fears. An anxiety disorder like obsessive-compulsive disorder may also contribute to excessive email checking and compulsive internet use.

* They are depressed. The internet can be an escape from feelings of depression, but too much time online can make things worse. Internet addiction further contributes to stress, isolation, and loneliness.

* They are an unhappy teenager. They might be wondering where they fit in and the internet could feel more comfortable than real life.

* They are less mobile or socially active than they once were.

* They are stressed. While some people use the internet to relieve stress, it can have a counterproductive effect. The longer you are on-line, the higher the stress levels will be.

An educated parent is better equipped to help limit potential dangers. Unfortunately there are many bad people out there. They want to take advantage of teenagers. When possible, limit the amount of time your teen is on line. If you can, find out who they are talking with. Sometimes people who contact your child are not who they say they are. Communicate to your teen about the dangers of internet use. Try and get more involved with your child. Do things together. Get them involved in sports, clubs and other activities so they will not be able to be bored and turn to the internet. Establish internet free zones. Eating dinner, watching TV together, movies, etc....these are times that you and your teen need to be active and not using the mobile device.

Follow Chelsea Armstrong
Contact Chelsea Armstrong
Embed code is for website/blog and not email. To embed your newsletter in a Mass Notification System, click HERE to see how or reach out to support@smore.com
close