With the recent decision from our board of education to maintain remote learning for the duration of Quarter 2, I think it is important to refocus our efforts to be the best we can be in our current situation. Under normal circumstances, almost all of us would agree we prefer in person learning and teaching. However, it is worth noting that as true life long learners, everyone of us is better at remote learning than we were in September when we started this journey. We must reflect on Quarter 1, learn from it, and make appropriate adjustments to improve for Quarter 2. Since we are not in person yet, we wanted to get you some practical advice for supporting yourself or your students.

The first piece of advice we'd like to offer is setting a school-like structured schedule for every day. Get the appropriate amount of sleep each night. Wake up every morning at the same time. Complete the same "before school routine" you would practice as though you are going to in person school. Find ways (even if through zoom) to socialize with friends during lunch. Take walking breaks during the scheduled passing periods even if this means walking around the block while talking to a friend on the phone. Use the time given you between 8:55 and 4:05 to complete as much of your school work as possible.

Below you will find a section with some strategies for setting goals as we progress through Quarter 2. Use what you've learned about yourself and online learning to grow appropriately during this next session of remote learning. In the section below titled "How to Ask for Help" families can find several strategies for getting what you need during distance learning. Our Boone County Mental Health Checklist data shows us each year that some of our students do not always feel comfortable asking for help. We have many ways that one can reach out for help at Rock Bridge High School. If you need something, please find a way to let us know. We truly want to help. You will also find a section below with some recommended methods for celebrating successes and showing gratitude. Each of these can greatly assist our own self-care. Find some tools that will work for you.

You can find information about the following in the rest of this BRIDGE.

Finally, I have a favor to ask of our Rock Bridge Students. If you are able and comfortable, please turn on your cameras in Zoom before we head into this break. We know that some of you have very good/appropriate reasons for keeping your cameras off, and we respect your decision to do so. If, however, you are able to turn on your camera (even if for just a few minutes), please let us see you. From a teacher's point of view, it is very different teaching with 20-30 black boxes staring back at you compared to a room full of faces we can see. Please know that your teachers miss the connection that comes from being able to see facial expressions (good and bad) of students while we teach. Your expressions are feedback for us and help us more than you might be aware. We look forward to the day we are able to safely return to school together. Until then, we'd still like to be able to see you.

I wish you all a peaceful and healthy holiday!

We want to support students (and parents) by offering tips on creating and sticking to GOALS for the remainder of this semester as we now have that final decision that we will be online learning until Jan. 19, 2021. In a nutshell, to reach a GOAL, it’s wise to identify what it is, why it’s important to you, figure out how to get there, CELEBRATE success, and give thanks to those who helped along the way.

A-attainable goals are achievements that could actually happen

R-relevant goals connect with what you truly want and lead to healthier, happier, more productive life

Ex. I will increase my grade in Science by one or more letter grades (specific) by studying 30 minutes per day, attending all zoom sessions, and writing down due dates in my planner (measurable) (attainable). It’s important to me to reach a 2.5 GPA (relevant) so I qualify for A+ Scholarship. I will reach this goal by January 19th, 2021 (timely).

How to Ask for Help

This form can be used by students and parents to request support for students and to bring needs to the attention of advisors, study hall teachers, administrators, and/or counselors.

Potential ideas that are simple and free for celebrating or rewarding yourself are:

Ideas for sharing gratitude are:

Here is a Goal setting worksheet for your convenience! Enjoy and good luck!

In Freshman Advisory class, AVID asked all students to take this survey. Please complete at your earliest convenience if you are in 9th grade at RBHS: AVID SURVEY FOR FRESHMAN ON GOALS

Finally, here is a good article about gratitude from positive psychology: https://positivepsychology.com/how-to-express-gratitude/

What a fall it was…the Bruins will hang two more banners, claimed SIX district titles and SEVEN Central Missouri Activities Conference (CMAC) Championships. Among the NINE fall athletic programs, FIVE programs finished the year in the top four at the MSHSAA State Championships. Rock Bridge claimed its first ever softball state championship, finishing 29-0 under the leadership of Coach Alvis. The boys cross-country team, led by Coach Blackburn, capped off a dominant season with a state title as well. In addition to the two state titles, THREE other fall programs finished in the top four in the state. Coach Coil and the girls golf program finished 4th in the state; Coach Loeb and the girls tennis team finished 4th in the state; Coach Blackburn and girls cross-country finished 4th in the state as well. Coach Murphy and the volleyball program took another step forward, claiming the district title and were one set away from a chance to advance to the State Final Four. Coach Birsa and Rock Bridge Swimming and Diving claimed the CMAC Championship and finished 9th in the state, while the boys soccer team under Coach Wittenborn (5-1 in CMAC) and Coach Vanatta’s football program (4-1 in CMAC) both finished second in the conference. In the first year of the CMAC, Rock Bridge has a commanding lead in the overall conference standings as they look to win the inaugural season overall championship which is awarded to the most successful athletic program in the conference.

Class 5- 4th Place in the State

Class 3- 4th Place in the State

Class 4- 4th Place in the State 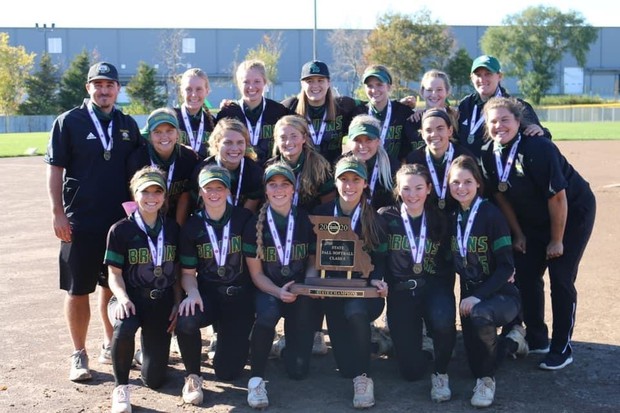 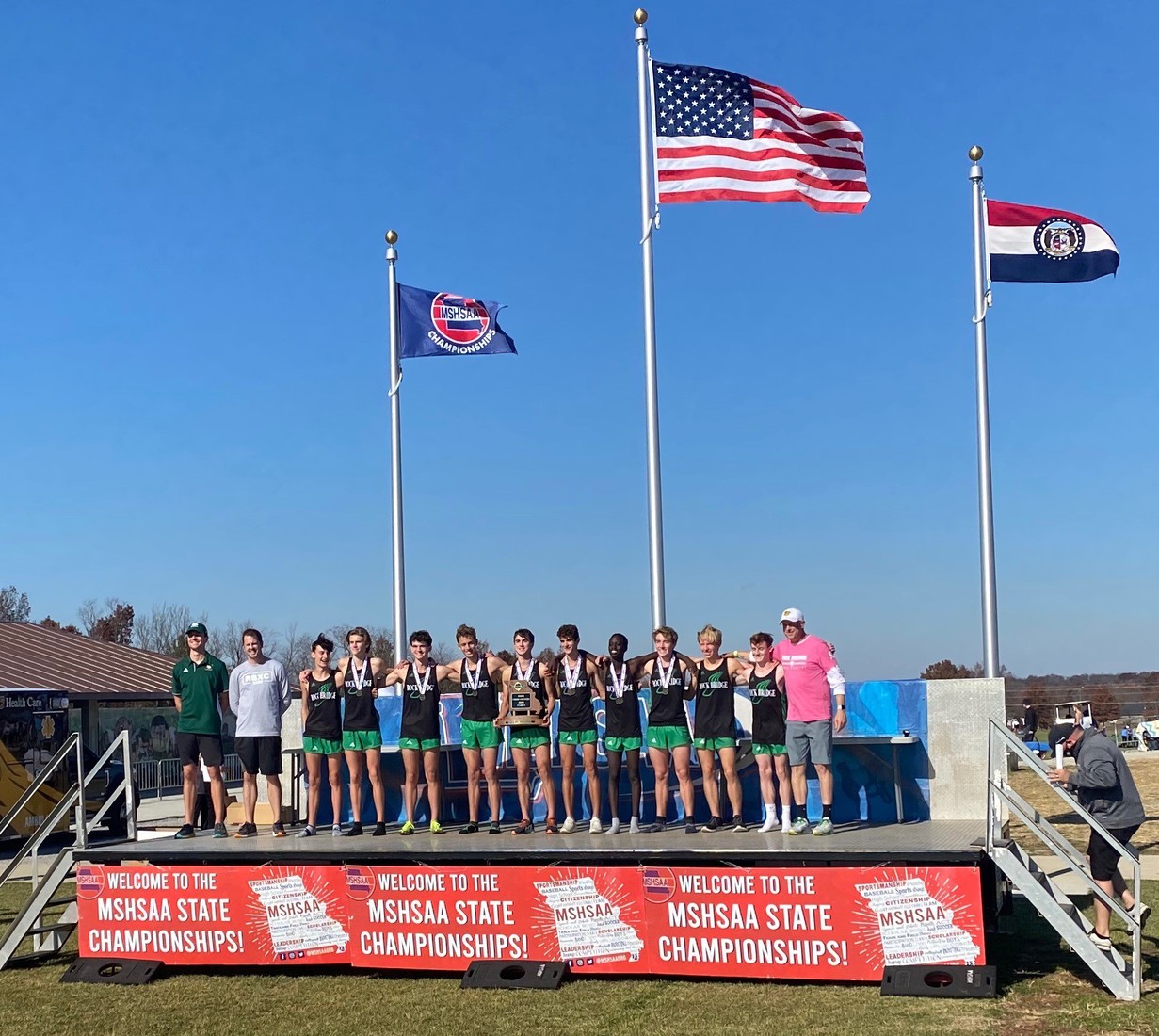 Based on the novel, The Man Who Broke the Bank at Monte Carlo by Michael Butterworth, Lucky Stiff is an offbeat, hilarious murder mystery farce, complete with mistaken identities, six million bucks in diamonds and a corpse in a wheelchair. The story revolves around an unassuming English shoe salesman who is forced to take the embalmed body of his recently murdered uncle on a vacation to Monte Carlo. Should he succeed in passing his uncle off as alive, Harry Witherspoon stands to inherit $6,000,000. If not, the money goes to the Universal Dog Home of Brooklyn... or else his uncle's gun-toting ex!

Tickets are $10 per viewing. They can be purchased at https://www.showtix4u.com/event-details/43038 and go on sale November 23rd. This can be viewed literally anywhere in the world that has internet access.

We have 15 students in the cast and a 4-student tech crew involved in this show along with the following adults: Sandy Welty, Hallie Rainwater, Patrick Sullivan, Dee Crosby, and Mike Pierson. 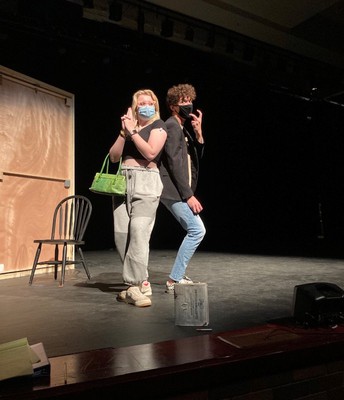 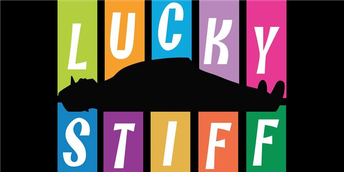 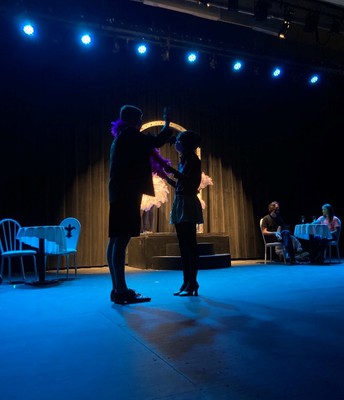 Miss socializing at school? Join one of the many RBHS Clubs!

In a time when it is difficult to find school connections, we want to take a moment and encourage all Rock Bridge students to look into joining a student led club. You can find movie advertisements for some clubs in the center column (at the bottom) of the Rock Bridge webpage. You can also find an exhaustive list of all Rock Bridge Clubs by clicking the Activities drop down option at the top of the page. Choose "Clubs" from the drop down menu to see this list. Most include contact information of the student leader or the staff sponsor. Below are a few clubs who have recently requested some advertising. 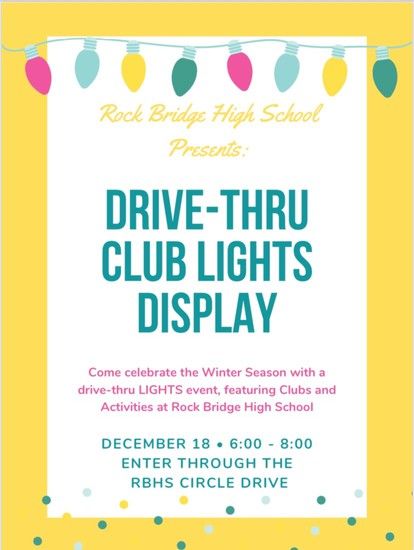 School will be canceled, or a 2-hour delayed start will be implemented, only after roads are tested. Should cancellation or a 2-hour delayed start be necessary, efforts will be made to notify radio and television stations by 6 a.m. Information also will be sent to parents via the district’s parent messaging system, posted on the district’s website at www.cpsk12.org and on CPS-TV.

When students are learning in-person, parents may make the final decision regarding a child’s in-person attendance. If the parent determines the weather too severe or the road conditions too dangerous, absences will be excused. Difficulty in contacting parents usually prevents early dismissals, but under appropriate circumstances the district may dismiss early. On inclement weather days, please listen to local radio and television stations for news of early dismissal. Additionally, information will be sent via the district’s messaging system.

Nutrition Services
For the latest information and updates on Grab and Go meal services visit www.cpsk12.org/grabandgo. In addition to the 80 bus stops, five meal pick-up locations have been added for families.

In-person and Grab and Go meals provided by CPS Nutrition Services will not be available when school is not in session and when the district is closed for the Thanksgiving and winter breaks.

Technology Services
From time to time, there may be technology system updates or outages that take place either with a CPS-managed system or a third-party system in use by the district. Technology Services provides the latest information on technology systems and possible outages on its website at www.cpsk12.org/ts. Additionally, we have added an “Outage Status” link under Quick Links on our district homepage to make it easier for families to find.

After hours and middle school drive up technology support provided by CPS Technology Services will not be available during the upcoming days when school is not in session and when school is closed for the Thanksgiving and winter breaks.

Click here for information on CPS's Early College Program. Next year's juniors and seniors are both eligible for this offering.

The Counseling Department’s newest newsletter includes tips for managing stress, as well as resources for students/families who need extra support this season. 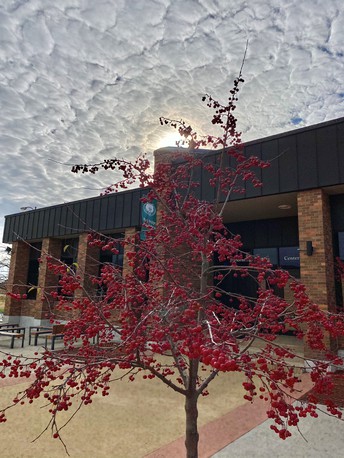 Rock Bridge High School: Where Lifelong Learning is For ALL