How to make marzipan 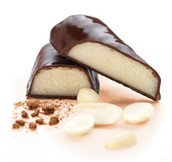 The history were marzipan comes from

This is the story of marzipan. I want to tell it to anyone who wants to hear it. Others have already told the story of how marzipan, this delectable delicacy, originally came from the Orient.Our marzipan was invented far away, where almonds and sugar are grown. Rhazes, a Persian doctor who lived from 850 to 923, wrote a book in which he praised the curative qualities of almond and sugar paste.When the crusaders returned from the Orient, they brought with them a host of spices and Oriental secrets.In 13th century Venice, Naples and Sicily, spices and confectionery were generally traded in tiny boxes. The enchanting word “Mataban” (box) gradually came to be used for the contents of the box: Mazapane (Italian), Massepain (French.), Marzipan (German). Did you know that even back in the 13th century, the renowned philosopher and theologian Thomas Aquinas reflected upon the indulgence of eating Marzipan? In his doctrinal teaching, he reassures enquiring and anxious clerics: “Marzipan does not break the fast. In his stories, the great novelist Boccaccio clearly describes the correlation between passion and marzipan. In those days, marzipan was topped with gold leaf to crown the sweet temptation. Great Hanseatic merchant boats brought spices and other prized ingredients to the North. Initially, however, only apothecaries were allowed to trade with sugar and spices. Not until confectionary became a trade in its own right were so-called ‘canditors’ allowed to produce marzipan.

mar·zi·pan / ˈmärzəˌpan; ˈmärtsə-/• n. a sweet, yellowish paste of ground almonds, sugar, and egg whites, often colored and used to make small cakes or confections or as an icing for larger cakes. Also called almond paste.∎ a confection or cake made of or based on marzipan. Almond Paste and Marzipan Information

Where can I find Odense Almond Paste and Marzipan?

Look in your local supermarket’s baking section. A few stores still have “Specialty Food” sections that also stock the items.

Marzipan is milled to a smoother consistency, and has more sugar. Because of this, Marzipan is more pliable. This allows for easier rolling out and modeling.

Almond Paste’s higher almond content gives it a stronger flavor. It is used as an ingredient in baked goods.

My Almond Paste/Marzipan has been in the cupboard for a while and has become hard. What can I do? What has happened is that the sugar has crystallized. Try to revive using the following method. Place the unwrapped roll in a plastic bag, together with two slices of bread, or an apple that has been cut in half. Leave the sealed bag on the counter overnight.

Often this will make the product soft again.

Where are the almonds in Almond Paste & Marzipan grown? 90% of the almonds come from California. 10% come from Spain and Morocco.

Source: Odense. Break any of the almond paste into small pieces over a medium bowl. Add 1 cup of the confectioners' sugar, and work it in with your hands until incorporated. It will be crumbly. Add another 3/4 cup of sugar, and work it in really well. Pour in the corn syrup, and work it in until evenly blended. Spread remaining sugar out on a clean work surface, and knead the dough until smooth and uniform, 3 to 5 minutes. If the dough seems too sticky, knead in more sugar. Wrap the dough in plastic wrap, and refrigerate for about an hour. It should have the consistency of modeling dough. Break off small pieces of marzipan to color, kneading in color thoroughly until you arrive at the desired color. Then blend the colored pieces into larger portions of dough. Dust a work surface and rolling pin with confectioners' sugar, and roll dough out to 1/4 inch thickness. Cut into desired shapes using small cookie cutters to make candies. Due to almonds it contains (the source of lecithin), marzipan stimulates the nerve cell activity and is recommended as an “energy bomb” to those engaged in hard work, as well as to pupils and students preparing for their exams. Marzipan gives you energy without harming the body unlike some modern “energy drinks”. The only thing to remember is that eating marzipan in very large quantities can damage your figure.

In the Middle Ages, marzipan was sold by pharmacists. They recommended it as a medicine for treating physical and mental disorders. Pharmacies used special Latin name Marci panis for it. In those days marzipan was a really exquisite delicacy, available only to the wealthy.

In Russia, marzipan became known from tales of Andersen, Hoffmann and Grimm brothers, where it symbolizes the children’s happiness and magic. Under the tsars marzipan was produced for more than one hundred years. Only very wealthy people could afford such rare and exquisite delicacy. It was a gift worthy of the emperor himself – a truly royal treat!

In the Soviet Union they made marzipan in the “Westernized” Estonia, which served as a showcase for the entire country. Until today the Danish-owned factory “Kalev” makes its famous brand chocolates with marzipan, well-known to those born in the USSR, along with marzipan in chocolate and other marzipan products.

They say that confectioners of an old Hanseatic city of Lübeck (Germany) know nearly two hundred recipes: marzipan with oranges, pineapples or rum. True connoisseurs know that marzipan is made according to a fairly complex formula and, ideally, contains at least 28-33% of almonds. Almonds themselves must be of high quality. All the details are important: sort of nuts, their flavor, moisture and time of harvest.

Marzipan is also made with other nuts (Indian nuts or peanuts). In such a case production is cheaper, but, in fact, the resulting product cannot really be called marzipan, as the real marzipan consists only of sugar and almonds. 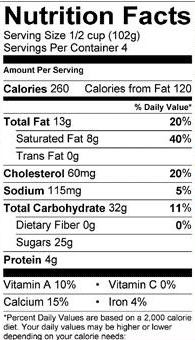 How to Make Marzipan