Roro is using Smore newsletters to spread the word online.

Get email updates from Roro: 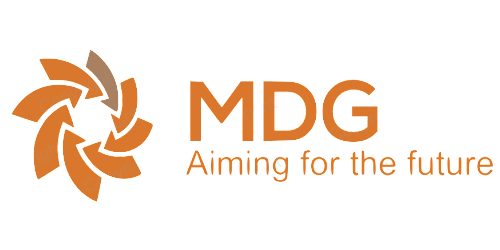 What are the MDGs ?

The MDGs are intended to: eradicate extreme poverty and hunger; achieve universal

environmental sustainability; and develop a global partnership for development. 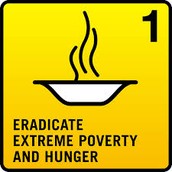 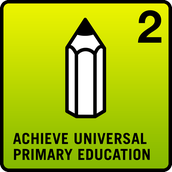 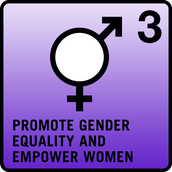 According to the CONEVAL, in 2012 according to this measure, 45.5% of the population lived in poverty and 9.8% in extreme poverty. People living in poverty in Mexico are closer to improving their situation.

In 2012 without social programmes´transfers 1.8 million more people would have been registered as living in poverty and 2.1 million more in extreme poverty.

The GDP showed an average annual growth of 3.7 percent.

This goal is measure according to 9 indicators. Of which 8 of them have been met in 2012, nevertheless the indicator "Growth rate of GDP per person employed" has insufficient progress.

The second goal is measure according to 4 indicator, of which Mexico have met 3 of them and the last one is targeted to be met in 2015. The one that is left is called "Proportion of pupils starting 1st grade who reach last grade of primary education (%)"

It can be said that Mexico reported almost full compliance with the targets related to gender equality at practically all educational levels; the exception is primary level where it is now within sight of full compliance.

Women have improved their level of education. Being a woman in rural and indegenous contexts is a factor that exacerbates inequality in having access to, staying in, and successfully completing basic education. The main challenge is to eliminate illiteracy.

It is ranked with 7 indicators. 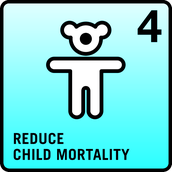 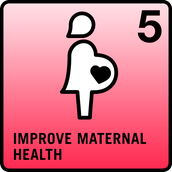 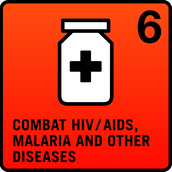 This goal is monitored by three indicators. It can be seen that mortality in children both under 5 years and under one year is decreasing. The strategies must be strengthen.

One of the main problems affecting women in rural areas of Mexico is having access to hospitals offering effective obstetric care, while the major problem affecting the mortality of women in urban areas is related to the quality of hospital care. This area must be strengthen.

96% of the births are attended by skilled health personnel.

This is monitored by 6 indicators.

Combat HIV / AIDS, malaria and other diseases in Mexico - Goal 6

Regard to the World Health Organization, Mexico is considered a hypoendemic area because malaria affects less that 10% of the population in malarious areas. The transmission reduced by 89.2%

This is monitored by 7 indicators. 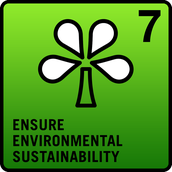 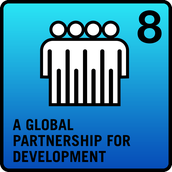 Mexico faces the challenge of halting the loss of it´s forest ecosystems. Of the area of woodlands and forests that originally covered about 52% of the territory, 36.3 million hectares, equal to 33.8% of the national area, had been lost by 2011.

For 2010 Mexico emitted approximately 1.4% of the worldwide GHG putting it in the 13th place among the countries with the highest emissions.

Most people in Mexico now have a supply of previously disinfected piped drinkable water.

In 2012 about 32.4 million people in Mexico lived in substandard housing without enough space and lacking basic services.

This goal is monitored by 11 indicators.

Develop a global partnership for development in Mexico - Goal 8

To develop a global partnership for development, underlines that Mexico´s growth and competitiveness depend strategically on the telecommunications sector where the impact on GDP increased from 1% in 2000 to 3% in 2012.

From 2000 to 2012 there was a sixfold increase in the number of cell phone subscriptions per 100 inhabitants; and the penetration of the internet users rose from 5% to 40.2%

This goal is monitored by 3 indicators.

Thinking about a solution to all this problems in a low cost is something hard to conceive because we are talking about a whole nation, nevertheless it would be the following:

The government must actually use the money planned in the strategies only in the strategy and trying to avoid the corruption among the government because this exit of money is clue to not achieving the goals. Also a little program to awareness the population on the different topics so everyone can contribute to the problems.

Roro is using Smore newsletters to spread the word online.