Get email updates from Ali:

The 1961 Freedom rides were are series of bus rides through the south of current day USA. They were organised by the Congress of Racial Equality, A US civil rights group, to protest segregation in interstate bus terminals. They were launched by seven African-American and six white civil rights activists. It was launched because they were over the racist segregation that was present between different people because of skin colour. 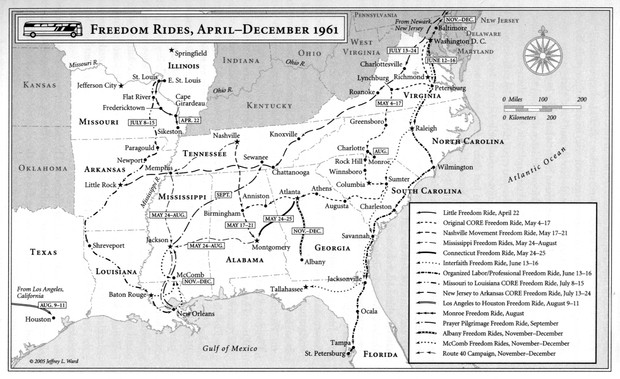 What Happened during the Freedom rides?

They freedom riders departed Washington DC on May 4th 1961 and they They travelled through South America, where segregation between the races was still present, and the 'black' people attempted to use white bathrooms and eat at white lunch counters and the white people used black bathrooms and ate at black lunch counters. This was to challenge the discrimination that existed between the two races.

They were faces with lots of violence over the course of their protest. They were met everywhere by violent white gangs who were opposed to the actions of the Freedom Riders.

Although it started out with a small group, the Freedom rides gained much attention from people all over America and hundreds of people joined the movement and participated in the freedom rides. 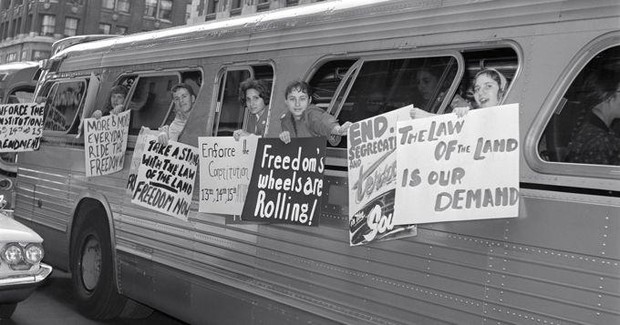 The Outcome of the Freedom Rides

The 1961 Freedom Rides resulted in the creation of regulations prohibiting segregation in bus terminals and train stations nationwide and it drew a lot of attention to the discrimination faced by the black population of America. It also triggered many similar actions by black people fighting for equality in all areas of life.