A team consisting of middle and high school students from Minnesota and Wisconsin came together in Stillwater every week where at various spots where creativity ran wild. The result? An amazing podcast called HUSH.

High school student Andromeda Cole is the new kid in Edellen, MN with her rather eccentric grandmother, Violet, a woman passionate about tea.

It’s always hard starting at a new school, especially high school and Andy is, to be honest, different from the average teenage girl. She lives with the “hippie lady” and her parents are ‘missing.’

Andy finds herself a target for bullies with only two people to back her up, two boys named Zach and Ben. Upon fighting with her Violet, she flees from the house. After clearing her mind, Andy resolves to go home and make-up with her grandmother.

There’s only one problem—Violet is missing. Andy suspects the strange voice in her head has something to do with it. A strange, sarcastic someone who calls himself Silence.

Winding up in the Gerber household, a temporary foster home, Andy’s head is fit to explode. The twin nine-year- olds are able to give an aspirin a headache and Mrs. Gerber interferes far more than Andy would like. And then there’s Rachel to deal with. She’s a blunt, edgy teen who clashes with Andy. However, when Gracie, one of the twins, goes

missing and a traumatized Tessa sobs out a story from the forbidden caves, the girls are forced to team up, along with Ben and Zach. The team of four begins their own investigation for Violet and Gracie.

Rachel is a bitingly sarcastic teen, who has an intense loyalty and love for her younger sisters beneath a prickly exterior. She won’t admit defeat and won’t give up until she wins.

Ben is 40% Shakespeare, 50% corny jokes, 10% babysitter, and 100% amazing friend. He clowns around, and his love for Rachel is unrequited, but is fiercely loyal and brave.

Zach is sensible and an overall great friend to have by your side. He is a thoughtful boy who supports and helps Andy.

The four friends, well, partners at least, journey through time and space, meeting strange beings, both visible and invisible. In the background, someone is working to destroy something big. Perhaps as big of a world… 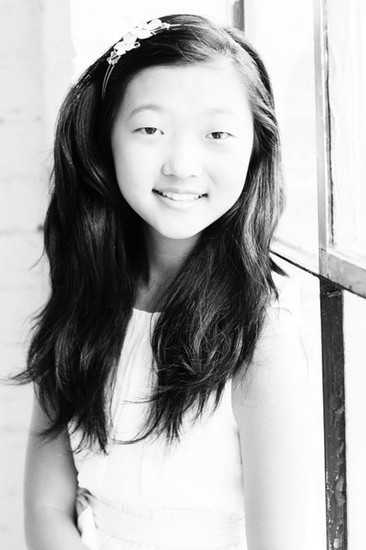 Karis is from White Bear Lake. She enjoys reading, writing and ballet. Her favorite authors include C.S Lewis, Avi, and RJ Palacio.
Click to Return to Home Page 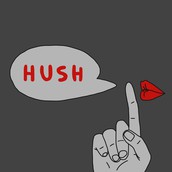 Listen to all nine episodes of HUSH