Brian shared this article last week, and I wanted all of you to get the opportunity to read it. In our middle school population, the largest national group represented is Malaysian. This is a change from the past, but an awesome opportunity to share Christ with this nation.

The future of individuals and nations are shaped in childhood. Healthy physical, cognitive, social, emotional and spiritual growth is either established or stunted during a child’s formative years. International Christian Schools may be an overlooked strategy of building the next generation of Global Christian leaders.

In 1996 I wrote a paper called “The 4/14 Window: Child Ministries and Mission Strategy.[1] I was, of course, building on the powerful concept of the 10/40 Window, which did so much to change the focus of missions over the past 3 decades. The central premise of the ‘4/14 Window’ is that most people who will ever come to Christ, will do so between the ages of 4 and 14.

In the intervening years, much evidence has accumulated. The ‘4/14 window is not just a catchy phrase, it is an established fact. People do tend to come to Christ while they are young, while the ‘cement’ in their lives is still soft and impressionable. Wait until the child is a young adult and it will take a chisel; wait until adult hood and it takes a wrecking ball to make an impact.

Until recently, many Christian leaders had a misconception that the Bible says very little about children. Today they are finding that children are in fact very prominent in Scripture and that they are at the very heart of what the Scriptures have to say about the Kingdom, the Church and about Mission. New vistas of understanding and wisdom await Christians who re-read Scripture ‘with the child in the midst!’

Anyone who has visited Europe has seen the immense cathedrals built for thousands of worshipers. But those cathedrals are empty. Their thousands of visitors are not worshipers, but tourists, gawking at the amazing architecture and stained-glass windows. Many are being converted into mosques, gyms, climbing walls or dance halls. The people of Europe did not say “Give me children” and they died. The same can be true wherever the church is found or being planted. Churches and Mission organizations today need to have the same passion about children as did Rachel.

Christian Schools have figured significantly in Mission strategies in the past. A large number of African political leaders came out of the Christian school systems set up in almost all African nations during the first part of this century. The same was true in Asia. The leader “who did most to shape the ideals of revolutionary China between 1911 and the late 1940’s was Sun Yat-Sen, an avowed Christian who owed most of his formal education to Christian schools.[2] It has also been suggested that the establishment of Christian schools in S. Korea was an important contributor to Christianity taking root in that country. Other examples could be cited.

In 1900 Africa was only 3% Christian. In 2000, Africa south of Sahara was 80% Christian. What caused that remarkable transformation? The two graphics below[3] suggest at least a partial answer to that question. The picture on the left shows in blue where Christianity is practiced today in Africa, with the darker blue showing where Christianity is most prevalent. The picture on the right shows the locations of many of the Christian schools throughout Africa in the 20th century. Note the strong correlation. Where Mission schools abounded, Christianity thrived.

We know correlation does not equal causality. There are many other factors which may have been important. But we should also acknowledge that Mission schools must have played a part in the rooting and establishment of Christianity in Africa.

Where are Children and Young People in Contemporary Mission Strategies? For a variety of reasons, the mission emphasis on Christian schools was largely abandoned after the end of the colonial era. Other strategies, like the focus on People Groups and the ‘10/40 Window’ began to take precedence. These were important, but they rarely focused on, or even included, the most receptive part of the harvest – the children and youth.

Today it is difficult to start and maintain Christian schools. It is expensive and challenging to get quality educators, staff, and attract students, not to mention overcoming the governmental obstacles. So it is vitally important for Christians to support the existing schools. They are there. They have immense potential.

A story is told about the American evangelist D. L. Moody, the founder of Moody Bible Institute. One night after one of his services, his wife asked, "Well, Honey, how did it go this evening?" Moody replied, "Great! Two and a half converts!" Mrs. Moody pondered this a moment, then smiled warmly. "Oh, that's precious. How old was the child?" "Oh, no," the Moody corrected her, "there were two children and one adult! The children have their whole lives in front of them--the adult's life is already half gone!"

Growing the next generation of Christian Leadership through support of International Christian schools like Dalat is a great opportunity to prepare those with their whole lives in front of them for impact in Mission around the world. Christian leaders should approach support for International Christian schools not as a new fad or diversion from other worthwhile training, but as the best way to achieve what they have already set out to do – equip the whole church to take the whole gospel to the whole world.

[1] Published as a chapter in Kilbourn, Phyllis, Children in Crisis: A New Commitment. Pasadena. MARC. 1996. 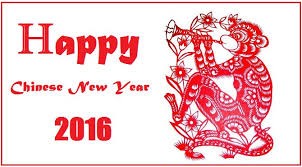 Top 10 Active Learning Structures: Make Me a Problem/Your’e the Teacher

One of the things I heard over and over when we visited Singapore American School is the importance of students owning their learning. As I think about practical strategies for how to encourage student ownership, this active learning structure fits the bill.

1. Ask students to create 1-2 quiz questions (and answers) based on what you have just discussed or learned in class. Be sure to tell them that you might be selecting some questions to use on the next quiz! If you have students with devices, they can enter their questions into Google slides, and instantly the class has a review game to do with their partner. If you do it on paper, just collect student questions and answers and randomly draw a few for the class to solve.

2. If you want to use this strategy as a unit review, ask the students to do this to create questions for a test that covers the key concepts of the chapter. To encourage higher level thinking, you could ask students to follow this simple formula roughly based on Bloom’s Taxonomy:

· Create 2-3 questions in which ask your students to provide facts/recall information through multiple choice, fill in the blank, or true/false questions.

· Create 2-3 questions in which you ask your students to summarize key concepts through short answers.

· Create 1-2 questions in which your students have to explain why something is the way it is or compare and contrast it to something else.

· Create 1-2 questions in which your students have to organize different objects/concepts into 2-3 set categories.

· Create 1-2 questions in which your students need to express their opinion and explain their reasoning.