Alma is using Smore newsletters to spread the word online.

Get email updates from Alma: 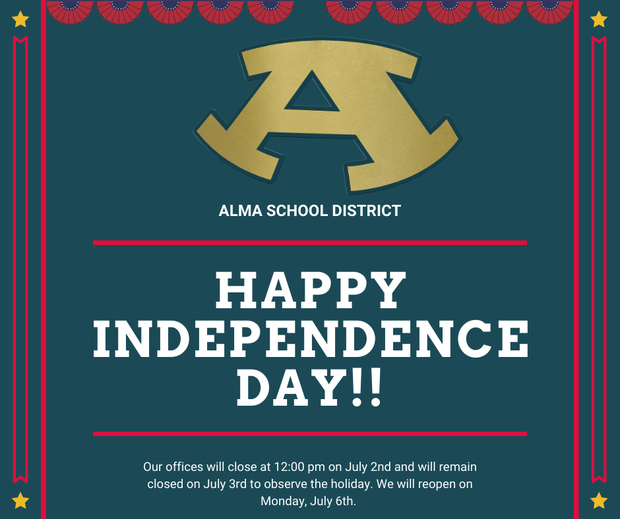 Alma principal Brian Kirkendoll is ready to stand near the south end zone at Citizens Bank Field at Airedale Stadium this fall to watch the pageantry of high school football unfold — the players, the band, the dance team, the color guard, the cheerleaders.

Alma announced plans this week to hold its graduation ceremony at Airedale Stadium on July 30, beginning at 8:00 p.m. It will be warm, Kirkendoll warned, but being together under any circumstance in 2020 is a win for the masses.

“They deserve it; they’ve earned the right to graduate,” he said. “If we can do all these other things, like to go to church, go to stores, and go to restaurants — if we can find a way to social distance and give them the commencement they deserve, then we’re going to do it.”

Students will get to walk on stage, just like they’ve done for decades. Each of the graduates will hear their names, too.

“I’m going to mention every student’s name, whether they’re there or not,” Kirkendoll said. “We have some that have gone on to other things — the military, college; they’ve moved. I understand that. But they deserve to get their names announced.”

Kirkendoll said Alma officials have talked about providing a graduation ceremony for months.

“We’ve been committed to that (graduation ceremony) since Day 1,” he said. “We don’t want to not do it just because it’s hard; we’re going to do it because it’s the right thing. We have deliberately waited with the hopes that this could happen, and it looks like it’s going to."

“Obviously, we’d like to do it inside where it’s air-conditioned, but we have a (bigger) facility, so we’re going to do it.”

Alma’s senior class went to school on March 13 for what turned out to be the last time they were on campus together before COVID-19 closed schools and many businesses the following week. Alma officially went on quarantine lock-down on March 16.

Because of social distancing issues, Alma superintendent of schools David Woolly believes holding the ceremony outdoors will allow people to properly social distance. “Of course we will follow all state rules. Families can sit together, but there must be three empty seats between families. Every other row will be skipped. Everyone more than ten years old will need to wear a mask.”

“We waited late in July for two reasons,” Kirkendoll said. “One, things might be a little more relaxed, which would give us a little leeway, and two a lot of people have vacations planned. We wanted to do it before school starts. Every other senior has been able to do it for 100 years, so we should be able to do it if we could.”

The heat notwithstanding, outside graduations are as much a part of our history as baseball, Fourth of July celebrations, Thanksgiving, and Christmas.

But this year, Kirkendoll said, will be different for other reasons.

“We told kids they can wear shorts and T-shirts under their gowns; it’s going to be hot,” he said. “I’m worried about the heat a little bit. But I’m going to be the one that’s probably impacted the most because I’ll be wearing a suit. It’s going to be hot, but the kids will be fine.”

“A lot of graduations are on Thursdays, anyway,” Kirkendoll said. “We picked Thursday night so that if there’s inclement weather, we can still have it Friday or Saturday.

“We’re just so thankful that we can do it.”

Commencement Info for parents and graduates 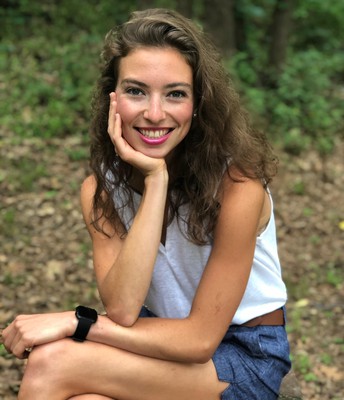 This year’s contest was done virtually. Students submitted their projects digitally, and judges from around the nation judged the projects from home.

This was the second year that London competed at the National History Day contest. 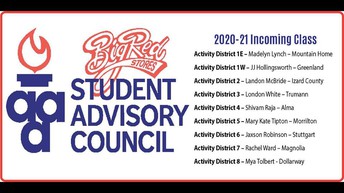 AHS is proud of Shivam Raja for being selected to represent our entire activity district! Way to go!! 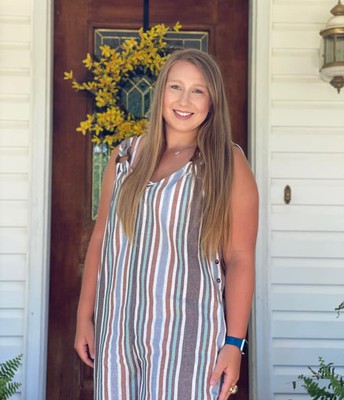 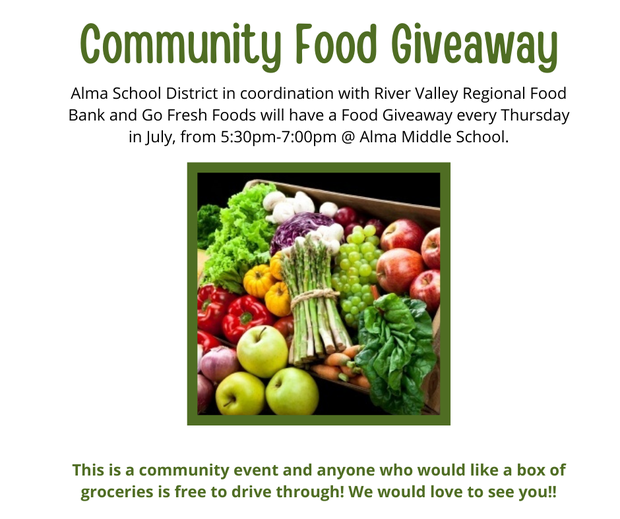 Make sure you come out on Thursday, July 2nd for the Community Food Giveaway!! This is a joint event brought to you by Alma School District, River Valley Regional Food Bank, and Go Fresh Foods. Please remain in your vehicle and we will load you up! See you there!

The White House is encouraging submissions from students in grades 3-12, and will select one artwork to be included in the exhibit from each of the 50 states, the District of Columbia, America Samoa, Guam, the Northern Mariana Islands, Puerto Rico, and the U.S. Virgin Islands. All applicants will receive a thank you note signed by the First Lady, thanking them for their participation in this special exhibit honoring the women’s suffrage movement. 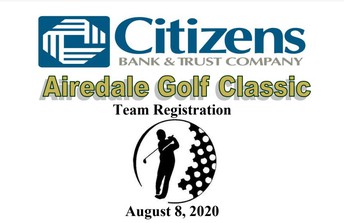 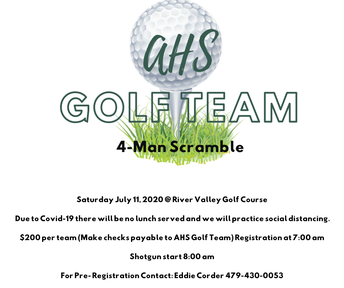 Join the golf team for the 4-Man Scramble on July 11th! 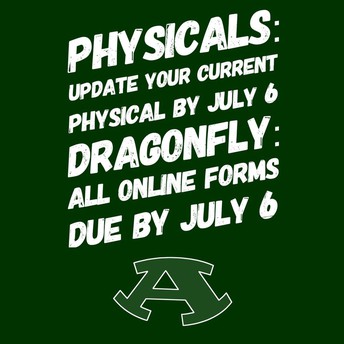 All physicals and all DragonFly paperwork are due by July 6! 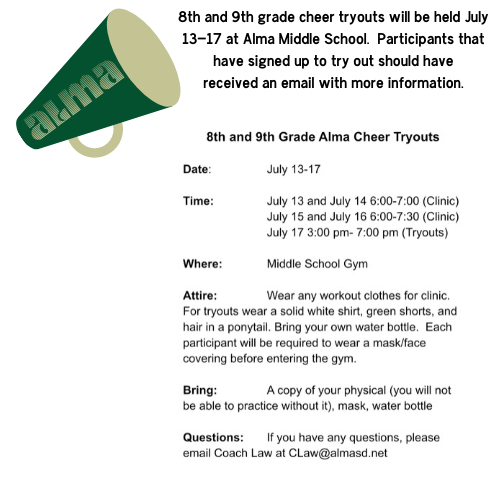 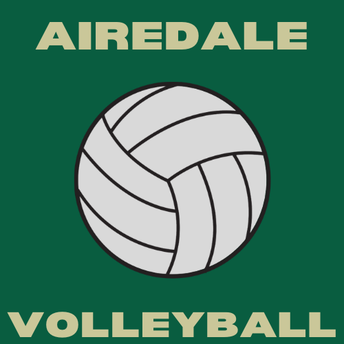 If you have any questions or concerns, please contact:
Coach Adams at weadams@almasd.net or
Coach Passen at apassen@almasd.net. 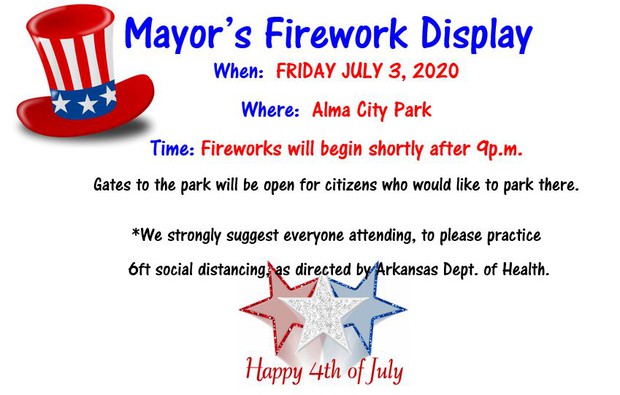 Are you or your family interested in hosting an exchange student? Applications for next year are already starting to arrive. To fill out a form of interest and receive information about students click here, for more information on hosting, please visit the Alma School District Website. 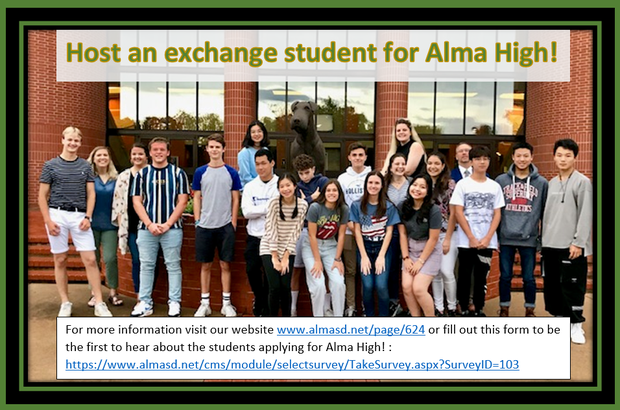 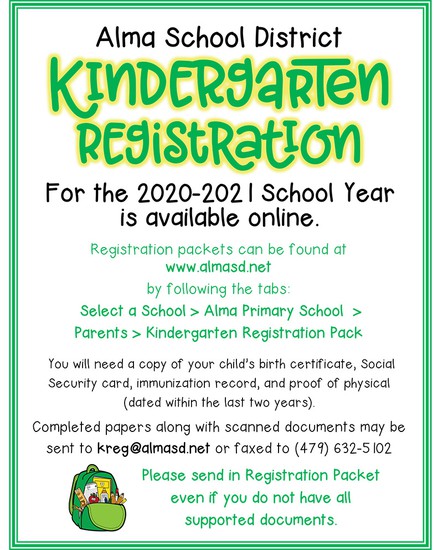 Kindergarten Registration packets are available on the Alma School District website. Completed packets can be emailed to kreg@almasd.net.

We can't wait to meet all of our new AIREDALES!!

We need your help! Please make sure to respond to the Census 2020. This year's census will help determine the funding our community receives. This includes funding for our schools, infrastructure, healthcare facilities, and a variety of other public services. We want all of our Airedales to be counted! 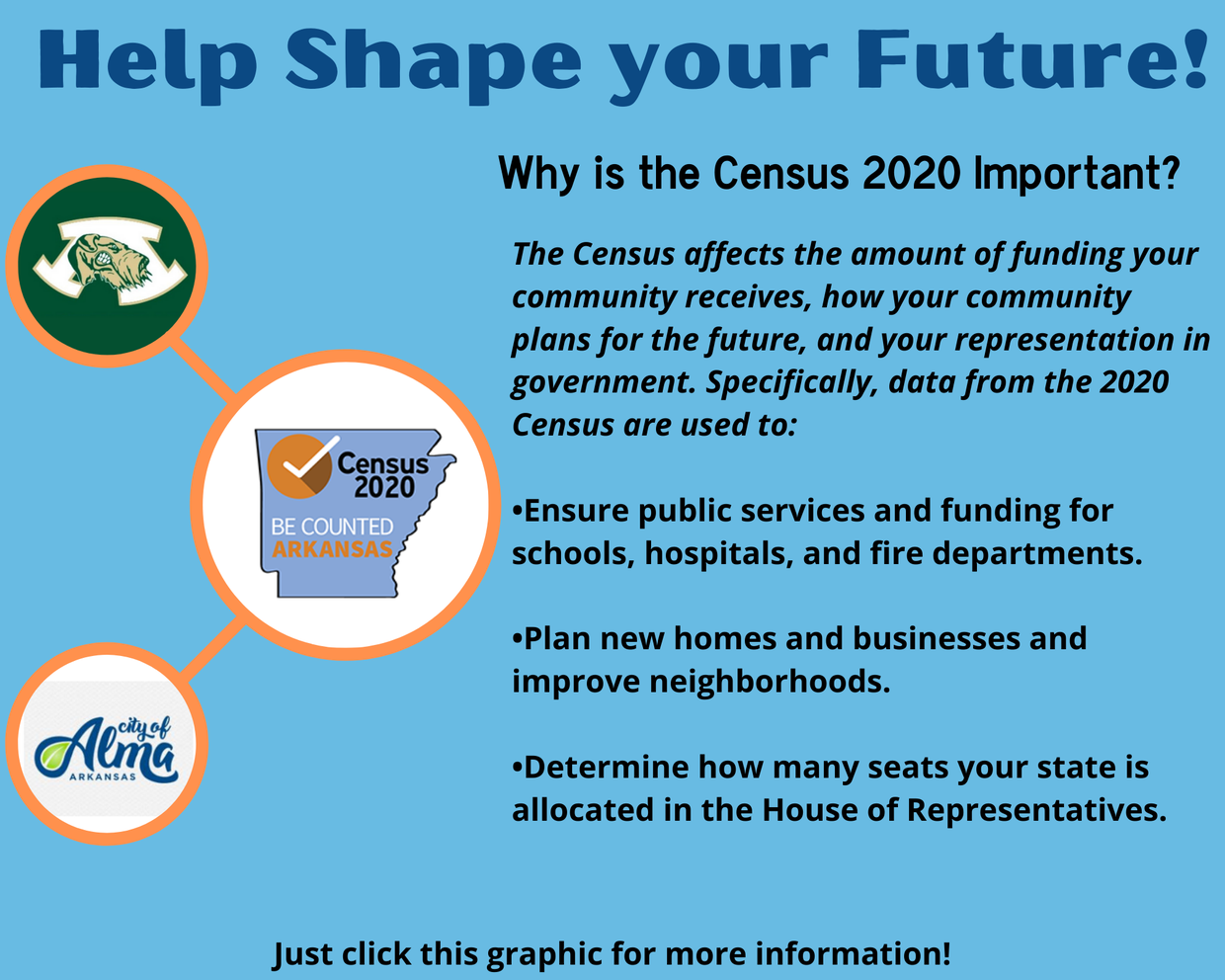 2020census.gov
How many people in your community have already responded to the 2020 Census? Keep track with this map of response rates.
Mayor Martin on Facebook Watch

To find out more about our Alma Safety Tip Line click here. 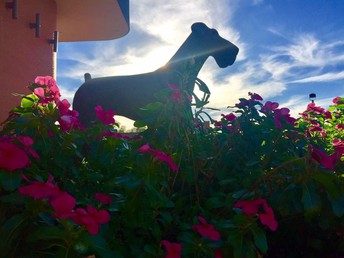 Please send any news items including Alumni News to webmaster@almasd.net

Alma is using Smore newsletters to spread the word online.