Myhomie is using Smore newsletters to spread the word online.

Get email updates from Myhomie:

Lance used a variety of PED's. From the banned energy boosting substance EPO and testosterone to HGH, cortisone and blood-doping practices and transfusions. Blood doping is when an athlete is trying to increase their performance by increasing red blood cells by using a drug called Erythropoietin (EPO) He also used testosterone and HGH which increases body muscles.

What was the cost and consequences?

Well first he lost all seven of his Tour De France titles and he was banned from cycling for life by the USADA. The French federation, which hands out the Tour de France prize money has decided to reclaim Lance's winnings, estimated at around $3.5 million. That is a lot of money$$

Lance's confession did cost him a lot of money! 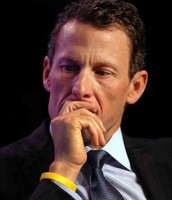 Lance admitted doping in an interview with Oprah Winfrey

The USADA has accused Armstrong of being involved in "the most sophisticated, professionalised and successful doping programme that sport has ever seen" (http://www.firstpost.com/)

"I'm not the most believable guy in the world right now,"Lance Armstrong told Oprah Winfrey

Doping is not a good thing to do to as it only puts your health at risk. Be smart don't dope!

@Mahatma4peace
Samar Riaz was Born in Faisalabad, Pakistan and currently lives in Brampton, Ontario Canada. He is Famous for his role as Obama in Political Comedy
samar677@gmail.com Mywebsite.com

I could not do the voice thread as soundcloud was not working for me.

Myhomie is using Smore newsletters to spread the word online.